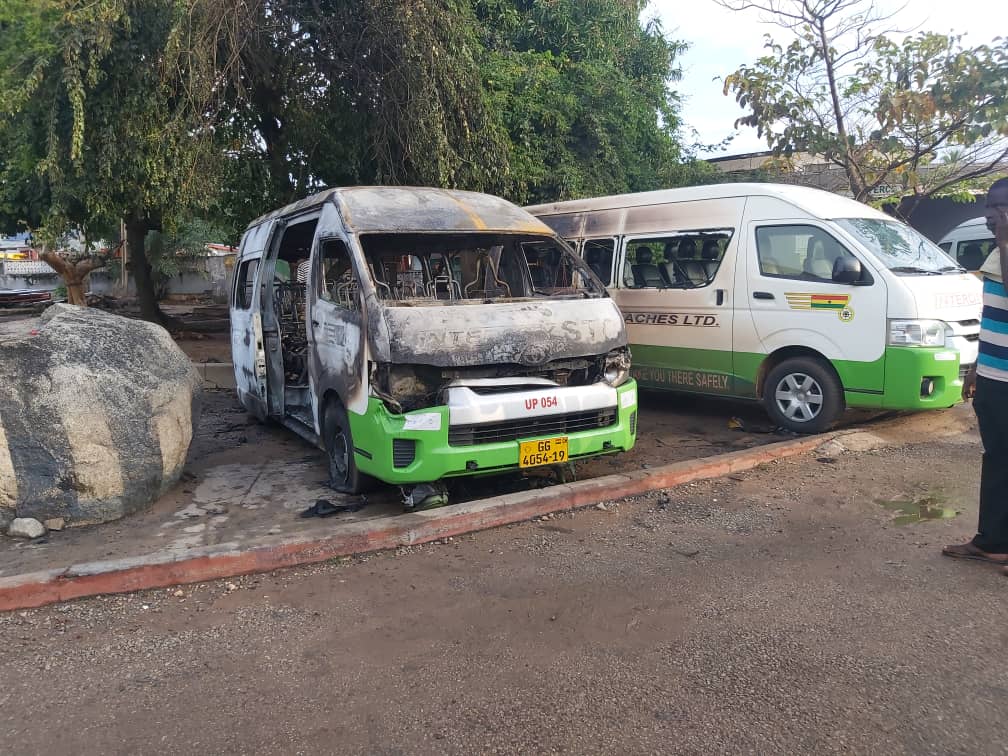 Some people believed to be members of the Western Togoland secessionist group, Tuesday early morning burnt down an Intercity STC mini bus in Ho in the Volta Region amid firing of gun shots.

They reportedly also attacked some drivers who were spending the night in the bus terminal.

One of the drivers said the attackers pointed a gun at him and asked him to go down on his knees when they stormed the terminal.

They were said to have set the mini bus ablaze in the operation which reportedly happened between 1am and 2am.

The Intercity STC bus terminal is located in the centre of town in Ho.

All installations in the bus with registration number GG 4054-19 Graphic Online gathers was burnt.

The suspects reportedly stormed the yard, pointed a gun at the security guard, drivers and carried out their action.

Security personnel made up of police and the military have since visited the yard and secured the place.

The attackers reportedly did not give a reason for their action but one of the drivers said he saw a flag similar to what the secessionist campaigners have been carrying around as Western Togolanders.

The management of the Intercity STC in Ho have temporarily halted operations in Ho and have explained that buses cannot move Tuesday morning.

Some of the drivers said they have been traumatized by the incident.

Tuesday dawn's incident follows a similar one last Friday where some 31 suspects said to be part of secessionists group have been remanded by an Accra Circuit Court into BNI custody for two weeks.

They have provisionally been charged with conspiracy to attend a prohibited meeting, unlawful gathering and rioting.

They have all pleaded not guilty.