Surviving driver in accident that claimed 34 lives jailed one year 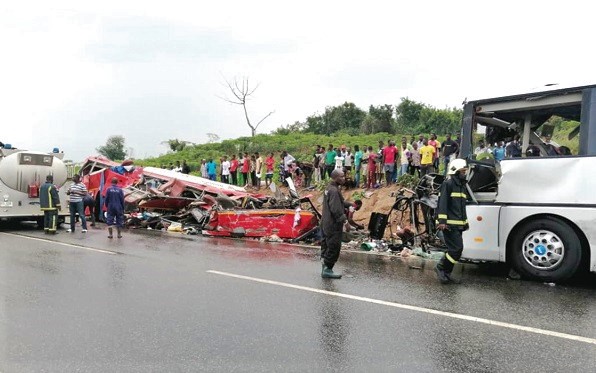 A Cape Coast Circuit Court has sentenced the driver in the accident that claimed 34 lives at Dompoase on the Cape Coast-Takoradi Highway in January 2020 to one year in prison.

He was also fined GH¢17,280 or in default serve an additional 12 years in prison on 18 counts of negligently causing harm.

The court has also banned him from operating as a commercial driver for life.

The accident claimed 34 lives, while 54 others suffered serious injuries.

The deceased included 20 male adults, 11 female adults and three children, made up of two females and a male.