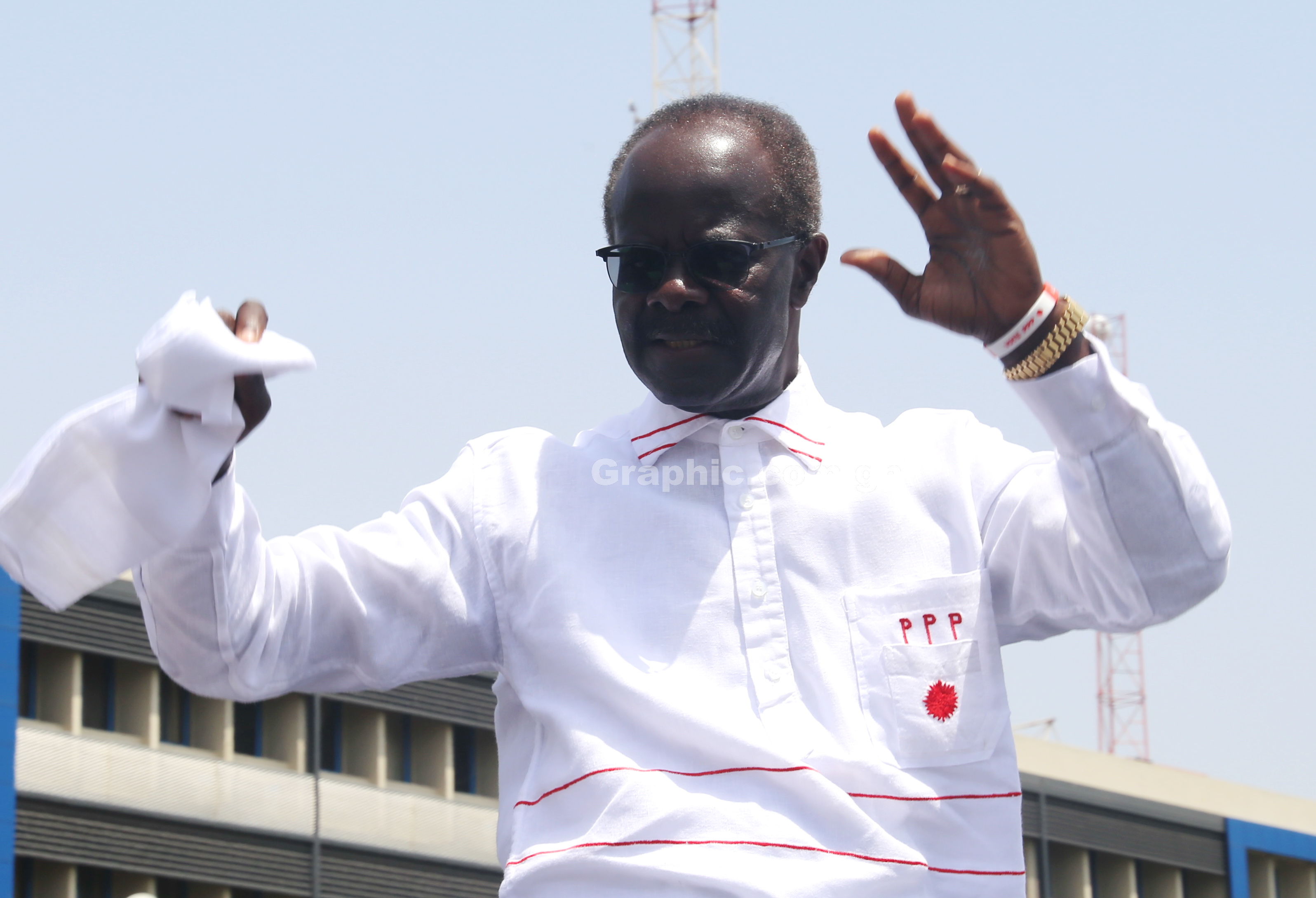 The Supreme Court in a unanimous decision has ordered the Electoral Commission to give all disqualified presidential aspirants a hearing.

The court in its ruling on Monday ordered the EC to extend the nomination period from today, Monday November 7 to tomorrow, Tuesday November 8, 2016.

Graphic Online's Mabel Aku Baneseh who was in court reported that the court also ruled that all the cases at High Court regarding disqualifications should be stayed.

The Supreme Court’s ruling today [Monday] brings to a close the controversy surrounding the disqualification of presidential aspirants in the December 7, 2016 election.

Although the court gave its judgement on a single case involving the legality or otherwise of the disqualification of the Progressive People’s Party (PPP), Dr Papa Kwesi Nduom as a presidential candidate, the court’s decision automatically affect other disqualified aspirants.

So far, the High Court, in two separate decisions, has directed the Electoral Commission (EC) to allow Dr Nduom and Hassan Ayariga of the All People’s Congress (APC) to correct anomalies on their nomination papers.

The High Court decision in favour of Dr Nduom was delivered on October 28, 2016, while that of Mr Ayariga was delivered last Friday.

Dissatisfied with the decision of the High Court on October 28, 2016, the EC proceeded to the Supreme Court, urging the court to quash the High Court’s order to the EC to allow Dr Nduom to correct anomalies on his nomination forms.

At the Supreme court’s sitting in Accra on Friday, the court, presided over by Mrs Justice Sophia Adinyira, declined oral submissions from the lawyers and gave them up to the close of Friday to file their written addresses.

The EC’s application invoked the supervisory jurisdiction of the Supreme Court to quash the October 28, 2016 ruling of Justice Eric Kyei Baffour which directed the EC to permit Dr Nduom to effect corrections on his nomination forms.

The EC’s application was mounted on three grounds in the writ invoking the supervisory jurisdiction of the Supreme Court.

Arguing to establish the ground for an error apparent on the face of the record, the EC stated that the High Court was wrong in holding that the applicant did not set a nomination period for submission of nomination papers by candidates to the EC.

The applicant argued that it was beyond doubt that the court conceded in its ruling that beyond the nomination period, no opportunity was afforded any candidate to correct any anomalies in their nomination papers.

According to the applicant, Dr Nduom himself deposed to the nomination period at “paragraph 8 of his affidavit in support of his application before the High Court as follows: this year, the EC opened nominations between the period of September 8 and September 30, 2016.”

The evidence before the court, according to the applicant was that Dr Nduom knew that the EC had fixed the nomination period.

The first respondent in the substantive matter was Mrs Charlotte Osei.

The statement of case further argued that Dr Nduom was very much aware of the nomination period fixed by the EC and for that reason the High Court committed an error clearly on the face of the record when it held that the EC did not fix a nomination period.

A response filed on behalf of Dr Nduom by Mr Otoo stated that the EC’s argument that Dr Nduom knew of the nomination period was  mischievous and misconceived because that point had been pointed to the High Court as a mistaken belief.

Dr Nduom’s lawyer is argued that the EC woefully failed to make a case for judicial review in the nature of certiorari and for that reason, the court should dismiss the application in its entirety.

He said the High Court recognised the need for the EC to fix the nomination period – in other words, to indicate when nomination would open and close since at both the opening and close of nominations the Returning Officers have statutory duties to perform.

He said Article 94 (1) (a) should not be read in isolation but in conjunction with articles 45 (c) and 51, adding that “it becomes clear that Article 94 (1) (a) when read together with articles 45 (c) and 51, the power to conduct and supervise public elections, including any parliamentary elections and also the date to do so have been conferred exclusively on the Electoral Commission, subject, of course, to any limitations imposed by the Constitution and any other law for the time being in force”.

Counsel said it was contemplated within Regulation 9(2) of C I 94 that a right was provided a candidate to amend or alter his forms after acceptance of same by the returning officer.

Counsel argued that it was unfortunate the EC counsel was seeking to make a mountain out of a molehill when indeed the EC failed to set the nomination period after setting the nomination days as September 29 and 30 2016; and instead of showing how they fixed one, if any, they had rather turned to use an averment made out of a mistaken belief to have a well-reasoned decision set aside.

Answering a question on whether or not the EC acted fairly and reasonably when it fixed September 29 and 30, 2016 as the two days to receive nominations without considering the stipulated nomination period, counsel argued that those dates made it impossible for the candidates to present forms before those two days.

He said it was, therefore, wrong for the EC to turn round to complain and to blame Dr Nduom for presenting his form on the last day.

Mr Otoo said there was no error founded on the face of the record in so far as the decision quashing the disqualification of Dr Nduom was in breach of the rules of natural justice.

Touching on the EC’s ground of the High Court assuming wrongful jurisdiction in upholding Dr Nduom’s application, Mr Otoo submitted that the 1992 Constitution did not provide any mode by which an aggrieved person can seek redress and from Rules of Procedure, an application by way of Judicial Review was the most appropriate in the circumstances.

Responding to the EC’s argument that Dr Nduom should have filed a petition instead of going by Judicial Review at the High Court, Mr Otoo is holding that “an action or a suit to question the validity of a nomination by an election petition as opposed to an application for judicial review, would amount to the interested party abandoning his desire to be a presidential candidate in the 2016 Presidential Election.

“A suit questioning the validity of his nomination by petition, after the publication of the results in the 2016 Presidential Election, would be a very expensive procedure not only for the interested party but the country as a whole,” he continued.