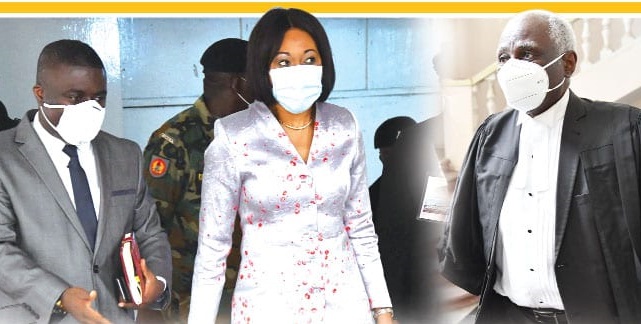 The Supreme Court has dismissed an application by former President John Dramani Mahama, seeking the permission of the court to reopen his case to enable his lawyers to subpoena the Chairperson of the Electoral Commission, Mrs Jean Mensa to appear before the court and testify as a “hostile witness” in the 2020 Presidential Election Petition.

In a ruling today (February 16, 2021), the seven-member panel of the Supreme Court in a unanimous ruling said the petitioner (Mr Mahama) had not given it an inkling of the new evidence he wants to bring to the court and how the evidence would assist the court. The apex Court also added that the petitioner did not also disclose how the evidence would advance the course of his petition.

"As we've already indicated in this ruling supra, the petitioner in this application has not given us an inkling of the new or fresh evidence that he wants to bring to the fore through the Chairperson of the first respondent and how that evidence could assist the court to do justice in the matters under consideration in this petition, neither has he disclosed how that evidence would advance the course of his petition," the court said in the ruling read by the Chief Justice, Justice Kwasi Anin Yeboah.

"For the above-stated reasons, we find no merit whatsoever in the petitioner's application to reopen his case for the sole purpose of compelling his adversary's intended witness to testify through a subpoena without indicating the sort of evidence he intends to solicit from the said witness and how that evidence is going to help the court in resolving the dispute before us. We accordingly refuse the application and proceed without any hesitation to dismiss him".

After the ruling, the lead counsel for the petitioner, Mr Tsatsu Tsikata informed the court that he intends to file for a 'stay of proceedings' pending the determination of an application filed today (February 16) for a review of the February 11 ruling by the court.

It will be recalled that the Supreme Court on February 11, 2021, overruled the objection raised by the counsel of the petitioner to order the Chairperson of Electoral Commission to mount the witness box in the ongoing 2020 President Election Petition.

The hearing has been adjourned to Thursday, February 18, 2021.