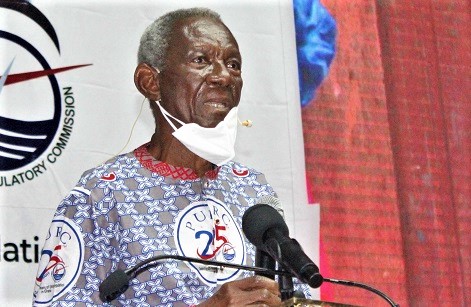 An economist and statesman, Kwame Pianim, has called on Ghanaians to rally behind the President and his government to drive the economy out of its current challenges.

He explained that with the same zeal adopted to fight the COVID-19 pandemic, the government would be able to navigate its way around the challenges and build back a resilient economy that could support businesses and the citizenry in general.

At the 25th anniversary lecture and dinner of the Public Utilities Regulatory Commission (PURC) in Accra last Monday, Mr Pianim stated that it would also require all the seriousness and determination on the side of the government to secure an International Monetary Fund (IMF) programme by December, this year.

That, he said, would help attract investors who would inject foreign exchange into the economy and curb the fast depreciation of the cedi against the major international currencies.

Mr Pianim, a member of the ruling New Patriotic Party (NPP) observed that the country must work together to help salvage the situation which was fast bringing the economy to its knees.

“All of us have a stake in our macroeconomic environment and the problem we have now, all of us must put our hands together and follow the leadership of the President to own the crisis and to provide leadership in the same way he provided leadership to fight COVID-19.


“And so, we are all praying that the President will put on his COVID-19 boxing gloves to lead the country out of the current economic challenges,” he said.

The anniversary provided a platform for past and current workers of the commission to celebrate its contributions in the utility regulatory space since the PURC was established in October 1997. 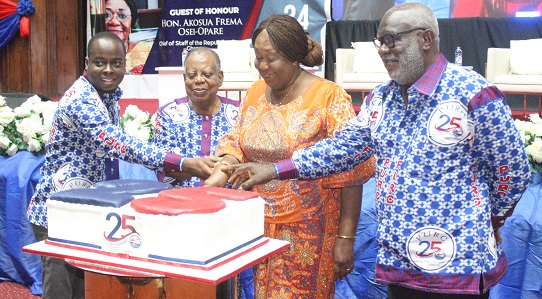 Others are the Technical Coordinator of the Millennium Development Authority (MiDA), William Amuna; a former Chief Operations Officer of the Ghana Water Company Ltd, Matthew Adombire, and a member of the Ghana Institute of Engineering, Dr Bertha Darteh.

Mr Pianim, who chaired the PURC between January 2003 and March 2008, called on labour unions to be cautious in their demands as the government was taking steps to maintain jobs in the crisis by borrowing to pay wages and salaries.

“Let us see how we can all tighten our belts to survive the pandemic-induced crises.

“The national boat is in stormy waters and if anyone tries to agitate for special positions, the boat risks sinking.

“We are all in this boat together, this is not the time to seek your personal interest, but rather support efforts by the government to keep the boat afloat,” the economist and statesman added.

The Chief of Staff, Akosua Frema Osei-Opare, in a speech read on her behalf, stated that the country was experiencing its fair share of the current global economic upheaval.

“In these difficult times where consumers face difficulties in paying for energy and water services, we can imagine a society without an independent regulator like the PURC,” she said.

Mrs Osei-Opare said the Presidency was convinced that the PURC was strategically positioned to attract peer review regulatory studies in Africa.

"I say this because PURC has tackled every component of its mandate head-on, albeit with varying degrees of success. I commend the commission for recruiting and retaining a wide range of professionals who bring their specialties to bear on its cross-cutting mandate," the Chief of Staff said in a speech read on her behalf by a Presidential Advisor, Dr Mokowa Adu-Gyamfi.

The Board Chairman of the PURC, Ebo Quagrainie, stated that the current leadership of the commission had taken steps to transform the commission to meet the standards of a modern-day utility regulatory institution.

He explained that enhancing transparency and accountability was an important element to help drive those improvements.

Mr Quagrainie said plans were far advanced for the PURC to establish a Centre of Excellence in Public Utility Regulation.

When inaugurated, he said, the centre would contribute to developing the field of public utility regulation in Africa by building the capacity of regulatory experts and researchers in the science and art of regulation of electricity, water and natural gas utilities.

Mr Quagrainie added that the centre would also provide education and training in regulatory and policy decision-making; engage in cutting-edge research and publications in economic regulation, and facilitate scholarly dialogues on the economic and quality of service regulatory discipline.