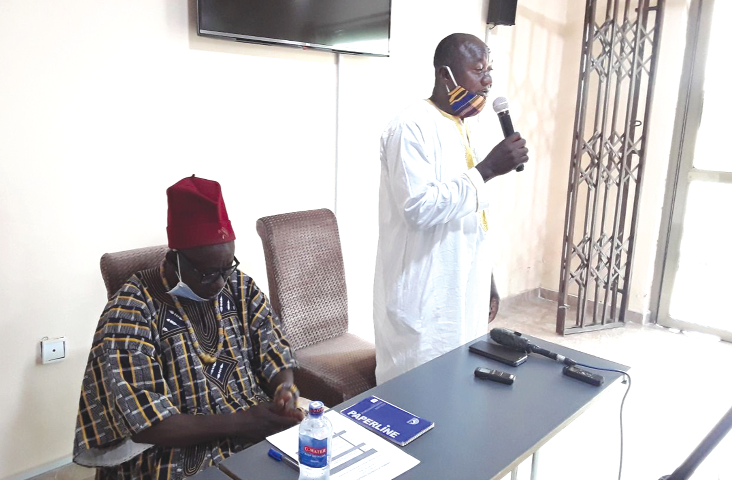 Findings of a study conducted by the Peasant Farmers Association of Ghana (PFAG) has identified lack of proper consultation with key stakeholders regarding construction of dams under the One-village, One-dam (1V1D) initiative, as part of the factors contributing to lapses in its implementation.

Other lapses identified include disregard for dam safety issues, adverse effects on the environment due to the felling of trees to make way for the construction of the dams, loss of farmlands, destruction of wetlands in some cases as well as dam designs not based on topography and specific needs of communities.

The study further observed that the active participation of stakeholders such as hydrologists,geomorphologists, earth scientists, irrigation experts, Irrigation Development Authority (IDA), district assemblies, and members of the beneficiary communities were lacking, hence resulting in some of the dams being poorly executed.

The study, all the same, established that 83 out of the 140 dams promised had been completed with a number of them at various levels of construction.

This came to light at a validation workshop held at Bolgatanga last Friday, June 26, to discuss the findings of the study which was conducted between January and February this year.

The Lead Researcher and Lecturer at the Department of Geography and Resource Development at the University of Ghana, Professor Joseph Yaro, pointed out that although the 1V1D initiative was a laudable scheme, some of the dams could be classified as “only good for domestic purposes and livestock rearing”.

Prof. Yaro observed that such initiatives could have been engineered locally with support from the IDA and the district assemblies and made to serve their intended purposes effectively.

“The government needs to rethink the kind of ideology that influenced the decision to execute such a policy and authorities at the local level given the funding to execute while the central authority supervised the works,” he said.

Prof Yaro called for bigger sums of money to be allocated towards construction of more useful dams, while the IDA was also allowed to play its statutory role.

The study, he said, suggested among other things the need for the dam designs to be based on topography and needs of each community, instead of the “one size fits all concept".

The Youth and Gender Desk Officer at the PFAG, Ms Ade Alabi, said insufficient water and low reservoir capacity as well as poor siting of dams not conducive for farming and with no canals attached, affected the usefulness of the dams particularly for dry season farming.

She recounted a situation where some of the respondents in some beneficiary communities had told the contractors to construct the dams in valleys, but the contractors allegedly refused with the excuse that their equipment could not work in a valley.

“Various communities expected the dams to be used for farming and fishing among others, but their hopes were dashed when they realised that the water in the dams would not be enough to last through the dry season," Ms Alabi revealed.

The National President of PFAG, Mr Abdul-Rahman Mohammed, said the report should not be seen as criticism of the government’s initiative but must be seen as feedback that would go to help the government and implementers.

He described the government's 1V1D policy as a good one that would benefit farmers in the long run provided it was implemented very well.

The Head of Programmes and Advocacy at the PFAG, Mr Charles Nyaaba, appealed to the government to allow the IDA to lead the way in the construction of standard dams that were capable of holding water for dry season farming.

An engineer at the IDA in Tamale, Mr Andrew Alalbila, observed that the amount of GH¢250,000 allocated towards the construction of one dam was inadequate and could not be used to construct a dam that has a long life span.

He was concerned that even though the IDA was part of the teams that identified the sites for the dams, it was not involved in their implementation and stages of construction.

”While a few of the dams met standards a good number of them did not,” he said.

The research was commissioned with funding from Oxfam Ghana, with the objective to examine the implementation of the 1V1D plan of action.

The findings would be used to engage with the government for improvement in future projects.