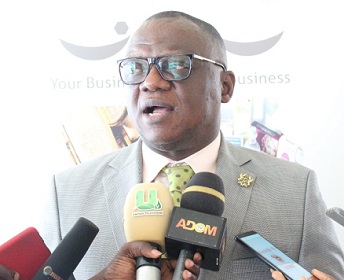 Mr Clement Osei-Amoako, the National President of Ghana National Chamber of Commerce and Industry addressing the press during an interview session.
30.5k Shares

The National President of the Ghana National Chamber of Commerce and Industry (GNCCI), Mr Clement Osei-Amoako has appealed to Ghanaians and businessmen to desist from buying the dollar and hoarding them, as he lamented that the practice was hurting the economy.

“We are appealing with those who have excess foreign currencies and do have businesses which require importation to invest them into the economy or buy property such as lands which do not depreciate. We hold the dollar in Ghana for import. When we do that, in effect, it makes goods our import cheaper. We should not create panic in the system; panic create problems in the economy,” he said. 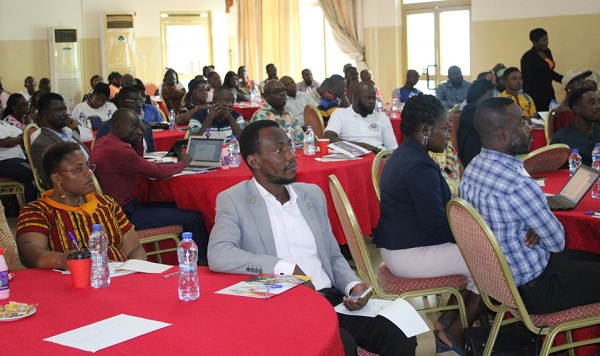 The President of GNCCI was speaking at the GNCCI capacity building workshop for members of the chamber and other businessmen in the Eastern Region last Wednesday (August 31,  2022) in Koforidua. The programme was themed; “Empowering Small and Medium Enterprises with the Requisite Business Skills for Sustainable Growth and Resilience”.

Mr Osei-Amoako also urged government to industrialise the economy to reduce the excessive importation of goods as excessive imports have weakened the cedi in the face of major trading currencies. He advised for more export of goods to strengthen the cedi.

“This is the time we have to look at our industrialisation drive and see areas that we can export, that we have the competitive and comparative advantage to make a lot of money. Currently, we have a situation where our manufacturing sector is not doing well; so we do not have the capacity to export in order to generate hard currencies to support the cedi. We are a net importer of goods and service; meaning we import more than we export which is not good for the economy, he said.

On government’s recent loan obtained, he said “the $750 million US dollar loan from Afrexim Bank as well as what will come from the International Monetary Fund (IMF) and the cocoa syndicated loans will help cushion the country with the dollar issue and help with importation. However, he indicated that the chamber will serve as a watchdog to the monies coming and make sure government’s activities that will jeopardize the usage of these funds are eliminated.

The Chief Executive Officer of the GNCCI, Mr Mark Badu-Aboagye in an encounter with the press indicated that there was the need for government to be held accountable to provide the right environment for businesses to thrive.

He said that there has to be a coordination and a targeted approach between the government, the chamber as well as the business community. He added that, the chamber makes input every year into the budget statement of government to make sure policies made served the interest of businesses.

Mr Badu Aboagye noted that “after the budget is read, we do analysis to see the risk in it and how to mitigate it regarding businesses. Government cannot solve this problem alone; it needs our support. It is the private sector that is producing and also exporting; we have to do everything that will empower businesses. Businesses are complaining about high inflation; it is creating problems. To make the environment conducive for businesses, we make sure the macroeconomic factors are conducive for businesses. The government must also cut on its expenditure; the more government is borrowing, the more it becomes difficult for government to pay, if it does not invest the money borrowed into the productive sector. If you borrow money and you spend, you will not be able to pay and that will affect the cedi as well”.

On collaboration with Development Bank Ghana (DBG), he said about 70 percent of the loans given by the commercial banks are short term, and do not help businesses. Hence, DBG has been partnered to offer members of the chamber medium to long-term loans especially for those who in the manufacturing sector.

Eastern Regional Chairman of GNCCI, Mr Stephen Oware appealed to business owners in the Eastern Region to join its chapter in order to garner a stronger voice and positively transform the image of businesses in the region to promote development.