Step up effort to fight against malaria - AMMREN 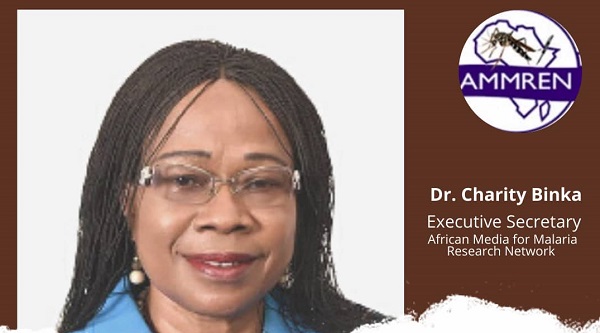 Step up effort to fight against malaria - AMMREN
30.5k Shares

The African Media and Malaria Research Network (AMMREN) has urged all stakeholders to step up the fight against malaria.

It said it was acceptable that thousands of people, mainly children and pregnant women continue to die needlessly of a disease that could be prevented and treated.

A statement issued in Accra and signed by the Executive Secretary of AMMREN, Dr Charity Binka, to mark this year’s World Malaria Day said over the past two decades, great progress had been made in the malaria fight, saving more than seven million lives and preventing over one billion new malaria cases.

However, it said progress had slowed in recent years, particularly in countries with a high burden of the disease.

Furthermore, the statement said the emergence of COVID-19 in 2020 posed an additional challenge to the provision of essential health services worldwide and threatened to disrupt malaria prevention efforts.

At the start of the pandemic, the World Health Organisation (WHO) had estimated that malaria deaths could double in the worst-case scenario.

However, the statement said many countries and partners responded quickly and effectively to protect decades of progress made against malaria, ensuring campaigns were delivered on time.

“As we celebrate the 2021 World Malaria Day, AMMREN applauds these countries and partners for their resilience in the face of adversity,” it added.

The statement said in spite of that achievement, there was no room for complacency.

According to the statement, the WHO's latest World Malaria Report, progress against malaria continued to plateau, particularly in high burden countries in Africa.

The WHO report indicates that a funding shortfall at both the international and domestic levels, poses a significant threat to future gains. In 2019, total funding reached US$3 billion against a global target of $5.6 billion, leading to critical gaps in access to proven malaria control tools.

As a result of COVID-19, there is an increase in the number of people reluctant to seek medical care when experiencing a fever, thus threatening efforts to control malaria across the continent.

Additionally, the statement said the WHO warns that even moderate disruptions in access to treatment could lead to a considerable loss of life. The 2020 World Malaria Report, for example, noted that a 10 per cent disruption in access to effective antimalarial treatment in sub-Saharan Africa could lead to 19,000 additional deaths in the region. Disruptions of 25 per cent and 50 per cent in the region could result in an additional 46,000 and 100 000 deaths, respectively.

That, the statement said, was a worrying projection that must be taken seriously.

“AMMREN believes that malaria can be defeated with concerted efforts by individuals and governments of countries where the disease is endemic. The Network is also of the opinion that the disease can be subdued with the current available tools for prevention, diagnosis and treatment,” it added.

The statement added its voice to the call of the WHO to all people living in malaria-affected countries to “beat the fear”.

“People with a fever should go to the nearest health facility to be tested for malaria and receive the care they need, within the context of national COVID-19 protocols. In addition, individuals have a responsibility to use the treated mosquito nets and other available tools,” it added.

The statement said unless countries found innovative ways to mobilise adequate resources to bridge the funding gap, malaria resurgence would likely take many more lives on the Continent.

It, therefore, called on governments of malaria endemic countries to invest in the fight against malaria to fill the funding gap.

AMMREN is a Pan-African media advocacy group of journalists and scientists working together to rid the world of malaria.