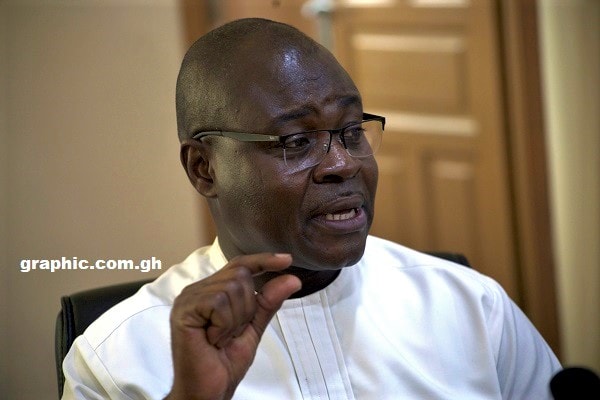 The Ghana Standards Authority (GSA) has declared 2021 as a year of enforcement to ensure full compliance with the country’s regulations on standards to safeguard lives and property.

The Director-General of the GSA, Professor Alex Dodoo, who made the declaration in an interview with the Daily Graphic in Accra , said the rigorous enforcement of the Standards Act, 1973 (NRCD 173) would bring order in the public space, create jobs, generate revenue for the state and ensure discipline in society.

The GSA has developed more than 4,000 standards on almost every item and food product, including buildings, roads, hospital equipment, electrical cables and appliances, school uniforms, kenkey and ‘sobolo’.

The lack of enforcement over the years has allowed companies and individuals to do things with impunity, thereby putting lives and properties at risk.

Prof. Dodoo said the lack of enforcement of the country’s regulations on standards had created a gap in the efficiency and the protection of public health in the country.

“Why set standards if you are not going to enforce them? Enforcement creates jobs and saves lives, and there is the need to ensure that all our requirements are enforced, from traffic lights to billboards.

“We have standards for advertising, vehicle use, among others, but it seems the enforcement is lacking,” he said.

Prof. Dodoo said the inception of the African Continental Free Trade Area (AfCFTA) agreement made it more imperative for standards to be enforced, as Ghana was the host of the AfCFTA Secretariat.

“Now that Ghana is hosting the AfCFTA, it's as if we are sitting on a hill, with every light on us. Any failure, even on our practices on the streets, will be an indictment on the country and those paid by the taxpayer to ensure compliance cannot let the country down,” he said.

Beyond the safety of the public and protecting the image of the country, he said, strict and rigorous enforcement of the laws on standards would help improve the fortunes of the local trading community, as it would become competitive globally.

“When things don't work as they should, it often means that standards are absent,” Prof. Dodoo said.

The standards authority has subsequently created a department to spearhead the enforcement drive and will, this year, employ several legal procedures, including court actions, naming, shaming, as well as the publication of public places and items that conform to standard requirements, to ensure compliance.

The GSA will also embark on a nationwide educational tour to raise awareness of conformity to standards and solicit the support of the public in enforcing its mandate by volunteering information on non-complying businesses and/or individuals.

“The quality of products on our markets must be sacrosanct for the people; the volume of products that you buy or sell must be standardised, and the laws have made provisions for that. But over the years, these things have not been enforced because in some cases there is no regulatory authority.

“But a generous and nationalistic reading of the law vests the authority in the GSA to enforce standards, especially in areas where there is no regulatory authority,” Prof. Dodoo explained.

“All we are saying is this, previously to check fuel stations, we did it twice a year, we are now doing it four times a year. We know that unfortunately our markets don’t use scales, we are saying that starting from the bulk buyers, the license buying companies, be it for cocoa or maize, the law mandates us to ensure that the scales used are verified and they deliver value for money,” he added.

Already, officials from the GSA have been deployed across the country to begin surveillance of the markets to fish out operators who are flouting the laws on standards.

The GSA would also work closely with the various regulatory agencies in the country to ensure uniform compliance, according to Prof. Dodoo.

Standards cover a huge range of activities. They are formulae that describe the best scientifically accepted way to do something in a specific jurisdiction. These include manufacturing a product, managing a process or delivering a service.

In Ghana, the GSA is mandated under NRCD 173 to undertake conformity assessment activities and give permission for a conforming product to bear a mark of conformity called the ‘Standard Mark’ as proof of evidence of compliance with a specification.

This means that manufacturers or importers of products to be used in the country are by law required to get them examined and certified by the GSA to ensure that they conform to the country’s standards, after which a certificate is issued.

There are regulatory agencies in the country that are also legally mandated to ensure that manufacturers and importers comply with the standards in the country, as developed by the GSA.

For instance, the Food and Drugs Authority (FDA) and the National Petroleum Authority (NPA) are legally responsible for regulating operations in their sectors, including the enforcement of the approved standards.

However, there are grey areas where some operators do not come under any regulatory body.

Prof. Dodoo stressed that the laws must be enforced by the GSA in such grey areas where there was absence of any regulatory body.