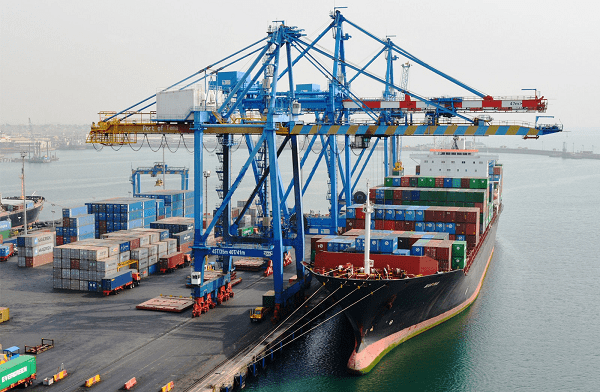 The implementation of a gentleman’s agreement for the Ghana Ports and Harbours Authority (GPHA) to handle 20 per cent of container vessels calling at the Tema Port hit a snag Tuesday, after port workers restrained all vessels from entering any of the terminals for discharge.

This was when the leadership of the Maritime and Dockworkers Union (MDU) and the local unions of the GPHA prevented the Marine Operations Unit from piloting and towing some six vessels in Anchorage into the port.

According to the MDU, their action was in retaliation for not allowing vessels with lower drafts of 11.5 metres and below into terminals one and two, which have been designated to handle 20 per cent of vessels that call at the port.

The General Secretary of the MDU, Mr Daniel Owusu-Koranteng, alleged that terminals one and two, operated by the GPHA, were blocked on June 10, 2020, with concrete slabs and, therefore, had since not handled any vessels.

This was when a Cosco container vessel with a draft of 10.5 metres was detained by the port authority after the local representatives of the vessel had insisted to have it berthed at the Terminal Three, operated by the Meridian Port Services (MPS).

He said the vessel found its way to that terminal without the knowledge of the port authority who protested the action, leading to the blockades.

“Our action was to prevent the

Marine Operations Unit from towing and piloting any vessel on anchorage to any of the terminals, including Terminal Three, which handles 80 per cent of vessels.

Attempts to get responses from the management of MPS were unsuccessful as calls and messages sent to the Legal and Permits Manager, Mr Frank Ebo Brown, were not answered.

The union leaders who thronged the Marine Operations Department as early as 6 a.m. yesterday prevented the unit from carrying out any activity, which in effect also meant that stevedoring activities in the port as well as vessel supply activities were halted for the day.

Six vessels, made up of an oil tanker, a fruit cargo vessel, two containerised vessels and a frozen fish vessel, were left stranded on anchorage.

A move by the management to persuade the workers to rescind their decision fell on deaf ears with the group demanding that the Minister of Transport and the Board Chairman of GPHA be present to present an immediate roadmap for the implementation of the quota.

Mr Owusu-Koranteng stated that the resolve of the union was to ensure that the 20 per cent allocation was fully operational so as to forestall agitations since the workers were apprehensive about the situation.

“Look at the GPHA terminals, including the refrigerated terminal which was built with loan facilities; they have become ghost towns with little or no activity, while the authority’s income levels continue to be challenged,” he said. 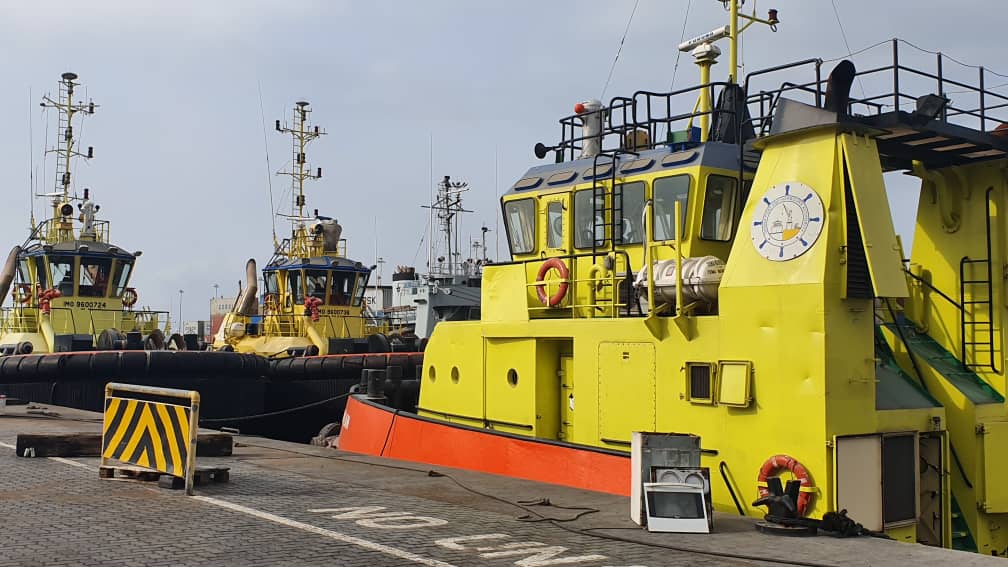 The Minister of Transport, Mr Kwaku Ofori Asiamah, together with the Board Chairman of GPHA, Mr Peter Mac Manu, and the Chief Director of the Ministry, Mr Twumasi Ankrah-Selby, who subsequently came into the fray, noted that as far as the government was concerned, the quota was in  the implementation.

“So far as the government is concerned, the Authority is to handle the 20 per cent quota, and that position has not changed as far as our discussions with the MPS is concerned, and we have an understanding that, that was being done,” Mr Asiamah stated.

He said the Ministry and the GPHA were working out an agreement which would be made available from next week for the guarantee of the 20 per cent.

On the Reefer Terminal, Mr Asiamah said that was an issue between the GPHA and the Customs Division of the Ghana Revenue Authority (GRA) to address.

The Director-General of GPHA, Mr Michael Luguje, for his part, indicated that whereas the blockade was out of place, Terminal Two was still under the contractual control of the MPS since they were yet to hand it over to the Authority.

“When they relocated to the Terminal Three, they were supposed to officially hand over to the GPHA. However, that official handing over has not been done, because we are supposed to have a joint inspection where engineers would evaluate the state of the facility,” Mr Luguje said.

The inspection was to check if there were any repair works to be done, which the MPS would need to pay for.

The reports of the joint inspection, Mr Luguje said, had seen values on the repair works to be done being submitted to the MPS, which, he said, also wished to conduct their own independent verification of the cost submitted to them by the GPHA.

“If it was on that basis that they thought it wise to block access to the facility, they should have first sought permission from the GPHA. However, we have asked them to remove the blockades, and if they fail, we may have to do so and surcharge them,” Mr Luguje stated.

He appealed to the workers to allow for the vessels on anchorage to berth at the facilities for work to continue while they engage with the MPS for adequate solutions.