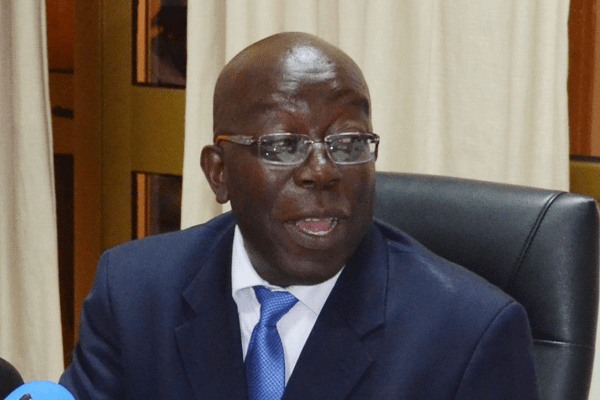 The process of merging the two identification numbers will continue until December 31, this year.

This means that from January 1, next year, SSNIT contributors will no longer use their scheme numbers but will transact all business with SSNIT with their Ghana Card.

The merger is expected to improve the ease of doing business, as it will create the convenience of using only one card for all transactions.

The merger is in compliance with Regulation 7 (1) of the National Identity Register Regulations, 2012, LI 2111, and a directive from the National Pensions Regulatory Authority (NPRA).

The regulation, among other things, requires the use of the Ghana Card as a means of identification for “transactions pertaining to individuals in respect of pensions”.

A similar merger is being done by the Ghana Revenue Authority to enable taxpayers to use their Ghana Card numbers as their Tax Identification Numbers (TINs).

At a stakeholder meeting in Accra yesterday to solicit inputs from stakeholders for the smooth implementation of the provisions of LI 2111, the Director-General of SSNIT, Dr John Ofori-Tenkorang, explained that the trust had created avenues for people to have the merger done on their phones by dialling a short code, technically known as Unstructured Supplementary Service Data (USSD), on a mobile phone.

Contributors could also use the SSNIT website to change over, he added.

However, those who could not use either of the platforms could walk into any SSNIT office to be assisted to merge their numbers, he explained.

“The plan is that from 2022, the Ghana Card will be the only accepted means of identification required for members to transact business with SSNIT, and we believe that with your support and partnership, we can definitely achieve this goal,” Dr Ofori-Tenkorang said.

He stated that from next month, new subscribers to the national pension scheme would be required to have Ghana cards before they would be taken on board.

The trust would also organise a number of stakeholder engagements this year to create awareness of a seamless transition, the SSNIT director-general said.

“These engagements are expected to ensure continuous dialogue with stakeholders and strengthen the partnership that exists between them and the Trust,” he said.

The Minister of Employment and Labour Relations, Mr Ignatius Baffour-Awuah, called on the management of SSNIT to institute measures that would attract workers in the informal sector onto the pension scheme.

He said issues of pension and social security must be directed at the informal sector, as it employed majority of workers in the country.

Mr Baffour-Awuah said SSNIT must use the migration onto the National Identification Authority (NIA) platform to attract informal sector labour associations to enrol onto the national pension scheme.

“The informal sector is very huge, so what we intend to do is engage all the trade associations and liaise with them to have their members enrol onto the scheme to ensure that their pensions are secure,” he said.

The minister said it was evident that the government placed a premium on having a uniform identification system, and that was the reason behind the huge investment in the national identification project.

“With close to 15 million people receiving their Ghana cards, it is only proper that public institutions mandated by law to use the Ghana Card commence the processes to do so, in line with the bigger digitalisation agenda,” Mr Baffour-Awuah said.

The Employment and Labour Relations minister commended SSNIT for bringing together players in the pension industry to ensure a successful exercise.

He noted that such a tripartite approach was the way institutions should go to promote industrial harmony.

“When organisations engage stakeholders before the introduction of new programmes or initiatives, it reduces anxiety and suspicion among them. This is particularly important in circumstances where the relationship among employers, labour and SSNIT has not always been exactly cordial,” Mr Baffour-Awuah observed.

“After the merger is done, I am optimistic that it will bring down further the average 10 working days it takes SSNIT to process and pay benefits to retirees,” he noted.

The General Secretary of the Trades Union Congress (TUC), Dr Anthony Yaw Baah, commended SSNIT for the transparency and inclusiveness with which the scheme was being managed.

He assured the SSNIT management of his outfit’s readiness to partner the trust to enrol members of the Ghana Private Road Transport Union (GPRTU) and other informal sector worker groups onto the SSNIT Pension Scheme.

“The work done by the NIA is also commendable and among the few things we are doing right in this country,” Dr Baah said.

The meeting was also attended by the Chairperson of the Parliamentary Select Committee on Employment, Social Welfare and State Enterprises, Mr Philip Basoah; the Chief Executive Officer (CEO) of the NPRA, Mr Hayford Atta Krufi, among others.