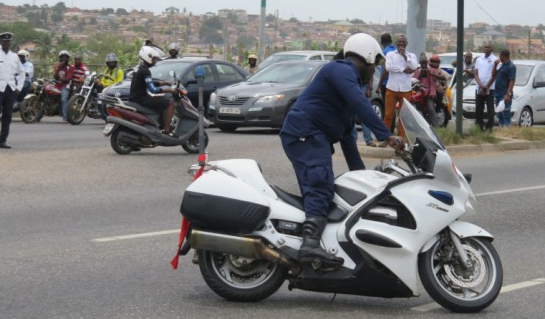 A dispatch rider in an advanced security team of a convoy of the Speaker of Parliament, Alban Sumana Kingsford Bagbin, has died in an accident.

The Director of Public Affairs of Parliament, Kate Addo, who confirmed the incident on Accra-based Citi FM on Friday, August 6, 2021, said the accident happened at Konongo in the Ashanti Region Friday.

Although she did not give the identity of the rider, she said he had been with the Parliamentary security detail for 12 years, saying "He is one of the longest serving riders with us."

Madam Addo said the security team was on its way to Wa, the Upper West regional capital, to await the arrival of the Speaker, who has a programme.

The Speaker, she noted, was not part of the team at the time of the accident and "he is safe and well in Accra."