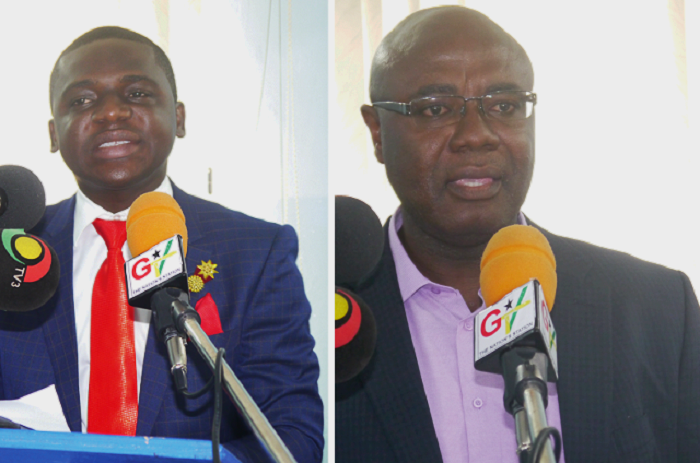 Discussants at a public forum in Accra yesterday expressed divergent views on the call for a ban on social media on Election Day this year.

While some held the view that the abuse of social media by the public was a potential threat to the security of the country and should, therefore, be banned, others said any attempt to block those channels would constitute a deprivation of freedom of expression.

The forum, which was under the auspices of the Centre for Constitutional Order (CENCORD), brought together participants from the Ghana Police Service (GPS), security experts, representatives of political parties and a section of the public.

The discussion was on the theme: “Banning Social Media in General Election 2016: Security Implication versus Legal Justification.”

Proponents for a ban

Making a strong case in favour of a ban on social media, the 2016 Peace Ambassador and Security Analyst, Mr Irbard Ibrahim, contended that the increasing use of social media to incite, insult, inflame passions and to fabricate falsehood, could disrupt the peace and security of the country if such media were not guarded.

“The element of anonymity associated with social media where people can hide through impersonation to cause all manner of fabrications and distort content calls for concern. The critical nature of this year’s elections means that if nothing is done to regulate these social media traffic on the day of election, the country may face serious security threats,” he stressed.

Mr Irbard pointed out that the traditional media such as the print and electronic media had over the years proven to be capable of disseminating information and monitor the electoral process, for which reason a temporary shutdown of social media platforms would not derail access to information by the public.

He was of the view that the country had no robust monitoring systems and infrastructure to effectively monitor users of the social media platforms as was the case in developed countries.

“If we have to guarantee the safety and peace of the country during the elections it means that we need to get Information and Communication Technology (ICT) experts who will be equipped with the right infrastructure to trace and monitor the social media space, but we do not have that as a country. So, Ghana cannot be reckless enough to leave social media unguarded on election day,” he added.

No to social media ban

For his part, the Executive Director of PenPlusByte, Mr Kwame Ahiabenu, said there was no evidence to show that a relationship existed between social media and national security.

In that regard, he held the view that the call for a ban on social media would rather create room for fear and panic since the public would be suspicious of possible attempts to manipulate the results of the elections.

“Social media in itself is not a threat to national security. Rather, it is the users of such media, and so if there is any potential threat, it is the people and so what we need to do is to do proper policing, not a shutdown of the social media platforms,” he argued.

He further called for the strengthening of the national dialogue on the issue and urged the mainstream media to lead the conversation for proper education on social media usage.

A private legal practitioner, Mr Jerry Ross Akuettey, in his submission, cited article 21 (1) (a) of the 1992 Constitution which states that “all persons shall have the right to freedom of speech and expression which shall include freedom of the press and other media.”

He was quick to also make reference to Article 21 (1) (F) which says “all persons shall have the right to information subject to such qualifications and laws as are necessary in a democratic society.”

Mr Akuettey also pointed out that the right to freedom of expression and information also required the guarding of information from being tampered with through falsification.

He also said Section One of the Police Service Act, 1970, Act 50, mandated the Ghana Police Service to prevent and to detect crime, apprehend offenders and maintain public order to guarantee the safety of all persons and properties.

In view of the provisions of the Police Service Act, Mr Akuettey wondered whether the Inspector General of Police (IGP), John Kudalor’s public declaration of a possible ban on social media was in fulfilment of the requirement of the act.

“If that were the case, then, I think the IGP cannot take an arbitrary decision to ban social media on the day of election. What he ought to do is to go to the Court for legal order to that effect,” he said.

Other participants called for a national dialogue on the issue to arrive at a decision that would be in the best interest of the country.