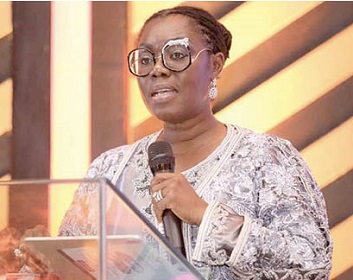 Ursula Owusu-Ekuful, Minister of Communications and Digitalisation, extended the SIM card re-registration deadline to the end of September
30.5k Shares

There has been a surge in SIM card re-registration following the implementation of punitive measures meant to force unregistered subscribers to comply with the directive to re-register all SIM cards by September 30.

The National Communications Authority (NCA) says after the announcement of plans to re-route outgoing calls for special messages to be played and temporarily block calls and data of unregistered numbers last Sunday, registration on the self-service App had risen by more than 1,200 as of midday last Monday.

The authority said by the end of last Sunday, the recorded 5,500 successful registrations on the app had risen to 6,700 by midday the following day.

The Deputy Corporate Affairs Director at the NCA, Kwame Gyan, in an interview with the Daily Graphic, said barely a day into the implementation of the punitive measures, the NCA had seen an increase in the number of subscribers using the self-service App to register their SIM cards.

He maintained that people started rushing to register their SIM cards when the telcos started implementing the measures.

A press release issued by the NCA in Accra last Sunday read: “A set of punitive measures designed to culminate the year-long nationwide SIM registration exercise will kick in from Monday, September 5, 2022.

“From Monday, September 5, 2022, subscribers who have not started their registration will have all outgoing calls re-routed to an interactive voice recording (IVR) for a SIM registration sensitisation message to be played before all calls are connected.

“Subscribers with uncompleted registration; that is, those who linked their Ghana cards to their SIM cards via *404# but have not proceeded to have their biodata captured, will also face similar disruption in service from Wednesday, September 7, 2022.”

It also said the punitive measures for data services for uncompleted SIM card registrants would kick in from September 12.

The release said outgoing calls and data services would be blocked for affected subscribers for 48 hours once a week once the punitive measures kicked in from September 2022.

“After September 30, 2022, these SIMs as described above will not have access to any service, as their SIMs will be deactivated.

Subscribers will have a period of six months to register to redeem their SIMs, failing which their numbers will be churned - that is, re-assigned to the pool to be sold to potential new subscribers.

“The NCA encourages subscribers to register their SIMs to avoid the associated inconvenience and potential disruption in service after September 30,” the release added.

Data from the NCA say so far 17 million SIM cards have successfully gone through the complete registration since the exercise began in September 2021.

The SIM card re-registration, according to the NCA, would help curb fraudulent and criminal activities, secure SIM card-based transactions, as well as help determine at every point in time the accurate number of valid and accurate SIMs on the networks

For the telcos, the exercise will enable them to build better demographics of their customer base and help them to develop products and services to suit the various groupings.

The Chief Executive Officer (CEO) of the Ghana Chamber of Telecommunications, Dr Kenneth Ashigbey, confirmed that implementation of the punitive measures by the telcos had already kicked off.

“The point is that implementation has started, but whether it has resulted in an increase in registrations I cannot tell for now, “ he told the Daily Graphic.

“By July 28, we were registering more than 250,000 a day. On the day the minister was announcing the extension, the registration centres were full of people eager to register. But after the announcement, the people left without registering.

“We have also monitored that after August 18, the numbers dwindled totally to 5,000 per day,” he said.

The General Secretary of Mobile Money Agents Association of Ghana (MMAAG), Evans Otumfuo, said the association was against the punitive measures in principle because it would impact many of its members and customers who, through no fault of theirs, did not have access to the Ghana cards.

He underlined the need for the government to reconsider extending the deadline for the registration of SIM cards in the interest of the gains made in the communications industry.

“The association has since endorsed this policy to re-register SIMs due to its positive impact on our businesses by helping to curb fraud.

“As business people in the industry, it will be very detrimental to our businesses and the industry in general should the deadline be pursued, since many Ghanaians, running into millions, are yet to be registered and issued with the Ghana cards,” he said.