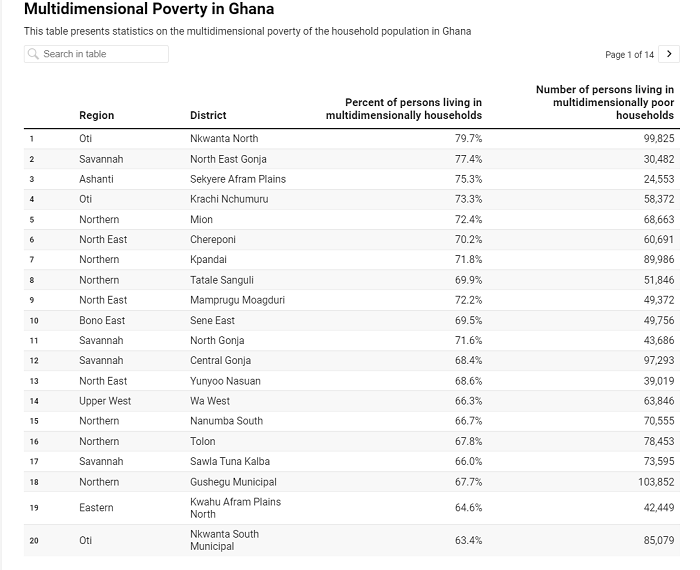 The Ghana Statistical Service (GSS) has revealed that in 50 out of the 261 districts (19.2%), more than half of the household population is multidimensionally poor.

The district with the highest poverty rate in Ghana is the Nkwanta North District in the Oti Region with 79.7%, a rate more than twice the national figure of 29.9%.

North East Gonja in Savannah (77.7%) and Sekyere Afram Plains in Ashanti (75.3%) join Nkwanta North as the only districts with more than three-quarters of the household population living in poverty.

Three of the districts in the top 10 with the highest poverty rates are in the Northern Region with North East and Oti regions having two districts each.

Nanumba North (114,226) and Gusheigu (103,852) municipalities, in the Northern Region are the only districts with over 100,000 persons living in multidimensionally poor households.

Four out of the 10 districts with the largest population living in poverty are in the Northern Region, two are in Oti, with Savannah, North East, Western and Volta having one each.

New Juaben South Municipal in the Eastern Region has the lowest poverty rate in the country (4.8%) and is one of the 21 districts with a multidimensional poverty rate of less than 10%.

Six out of the 10 districts with the lowest poverty rates are in Greater Accra.

These statistics are highlights from the Multidimensional Poverty District League Table released by the Statistical Service for the International Day for the Eradication of Poverty which is being commemorated this year under the theme “Dignity for All in Practice”.

See the complete league table below; 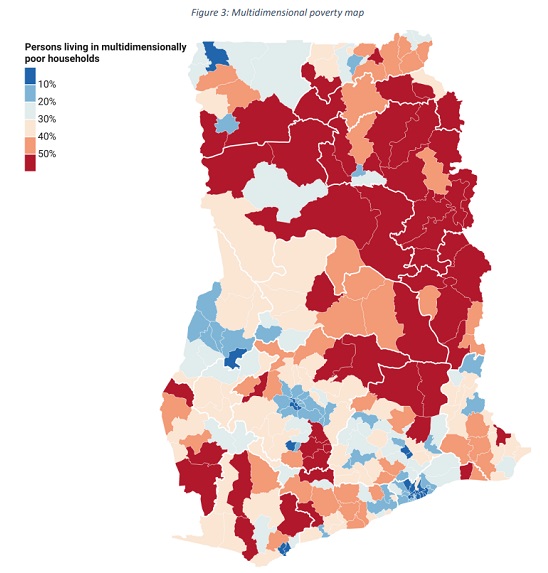 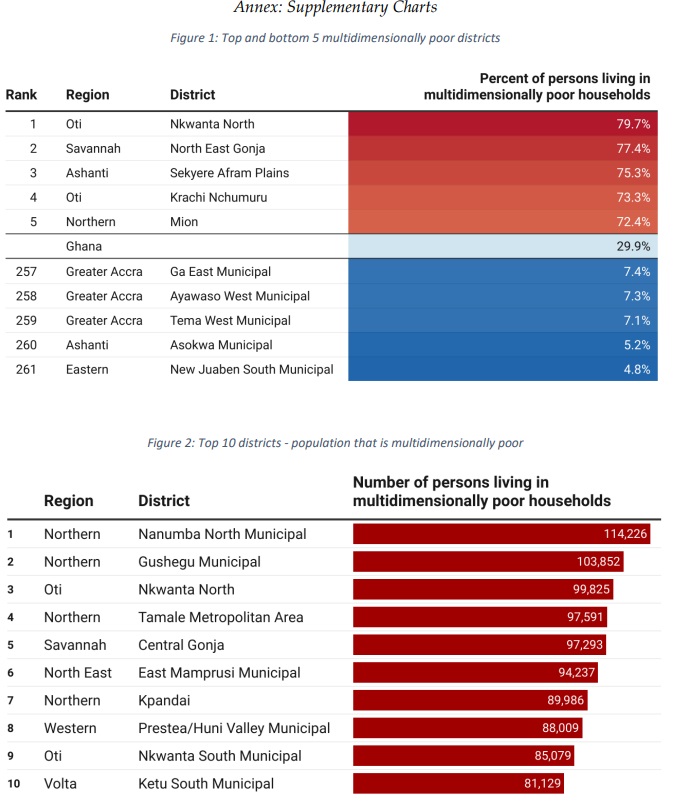