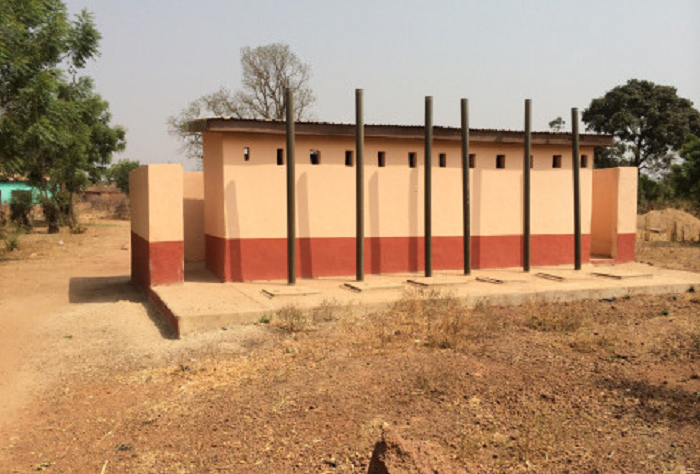 A savings scheme to support households to construct decent places of convenience has been introduced in the Ho West District in the Volta Region.

Known as the ‘Village Savings and Loans Association (VSLA), the scheme is spearheaded by FYSSO Ghana, a local partner of UNICEF.

FYSSO Ghana is involved in the implementation of projects in anti-child trafficking, agriculture and food security, microenterprise development, water, sanitation and environment, good governance with emphasis on monitoring district assembly projects and involvement of women and marginalised in decision making.

The construction of household toilets formed part of the Sanitation Marketing (Sanmark) project, under the Community-led Total Sanitation Programme being funded by UNICEF.

The issue of open defecation has been a major problem in some parts of the Volta Region.

The Executive Director of FYSSO Ghana, Mr Julius Kodzo Ameku, said the Sanmark project was to ensure that every household in the country had a decent toilet in order to eliminate the menace of open defecation, of which Ghana is currently ranked second after Sudan on the Africa continent.

He indicated that through the VSLA Scheme, individuals in a community would pool resources to assist one another to construct decent but cost-effective latrines in their houses.

Speaking to the Daily Graphic at the end of a week’s capacity building programme for environmental health staff and other workers of the Ho West District Assembly at Dzungaria, Mr Ameku explained that community members had been encouraged to do weekly contributions to the VSLA Scheme, part of which went to a sanitation fund dedicated to the construction of places of convenience.

“The scheme is such that between six months to one year, you have enough money to share among members with the accrued interest to construct the toilets,” he said.

Mr Ameku said FYSSO Ghana was leading the implementation of the Sanmark project in the North Dayi District and Kpando Municipality in addition to Ho West, but added that the coverage could be expanded to other districts in the region in the future.

He indicated that a total of 52 sanitation staff from the three assemblies had so far benefited from the training programme, meant to equip them to effectively monitor and ensure a successful execution of the concept in their jurisdictions.

The Ho West District Environmental Health officer, Madam Peace Gbeblewu, in an interaction with the Daily Graphic, was optimistic about the success of the Sanmark project, which she said would ensure that about 80 per cent of households in the district got decent latrines.