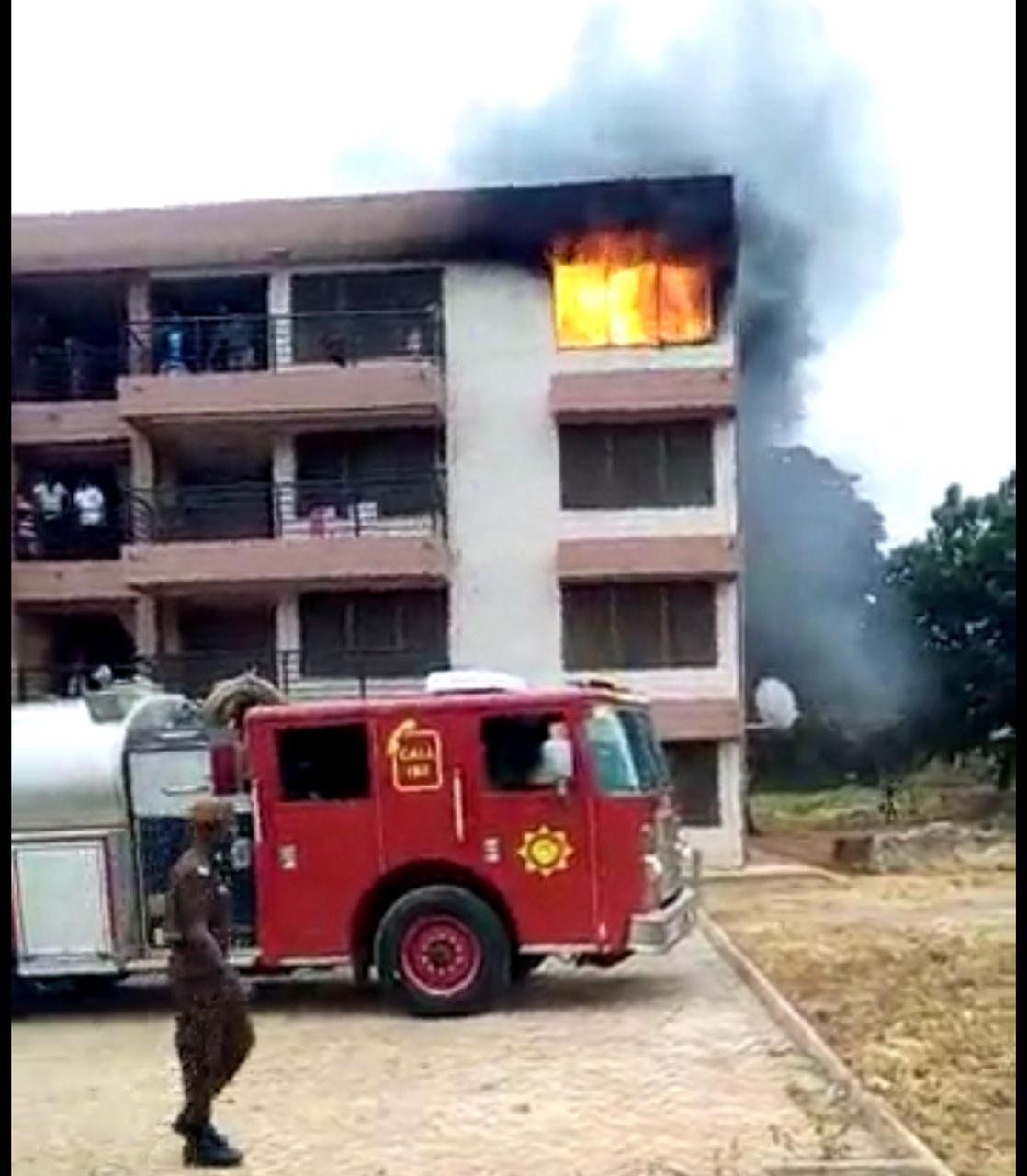 A timely intervention by a response team from the Ghana National Fire Service (GNFS) on Monday afternoon prevented a fire outbreak from causing an extensive damage to property in a three-storey officers’ bungalow of the Ghana Prisons Training School at Roman Ridge in Accra.

The fire, which started around 2:30pm destroyed all the items in a female officer’s room on the third floor.

The cause of the fire is yet to be established but there are suggestions it started from the bedroom and extended to the others rooms.

It took about an hour for personnel from the Fire Service to bring the inferno under control. 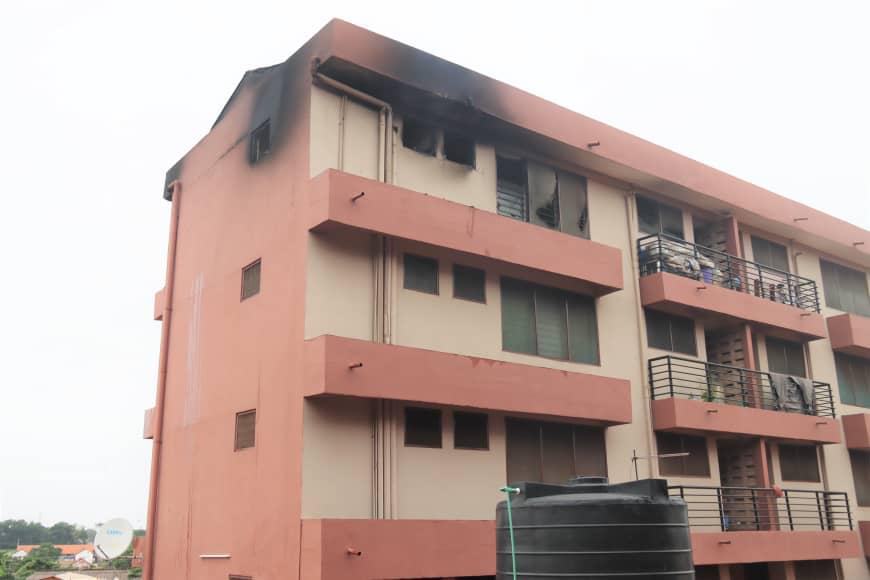 The victim, Deputy Superintendent of Prisons Faustiana Boadu, who at the time was sleeping said she had sought permission from the office to absent herself from work because she was not well.

She explained that, she felt drowsy after taking medication and slept in the living room.

“I was sleeping in the living room when suddenly I woke up and I couldn’t breathe” DSP Boadu stated.

She realised that smoke was coming from the bedroom and went to open the door to check it out.

The room, she said, was filled with smoke and she could hardly see anything ahead of her and so went outside and screamed for help.

“That is when my neighbours called the fire service. I don’t know how the fire started as I did not leave any electrical equipment in the bedroom on” DSP Boadu said. 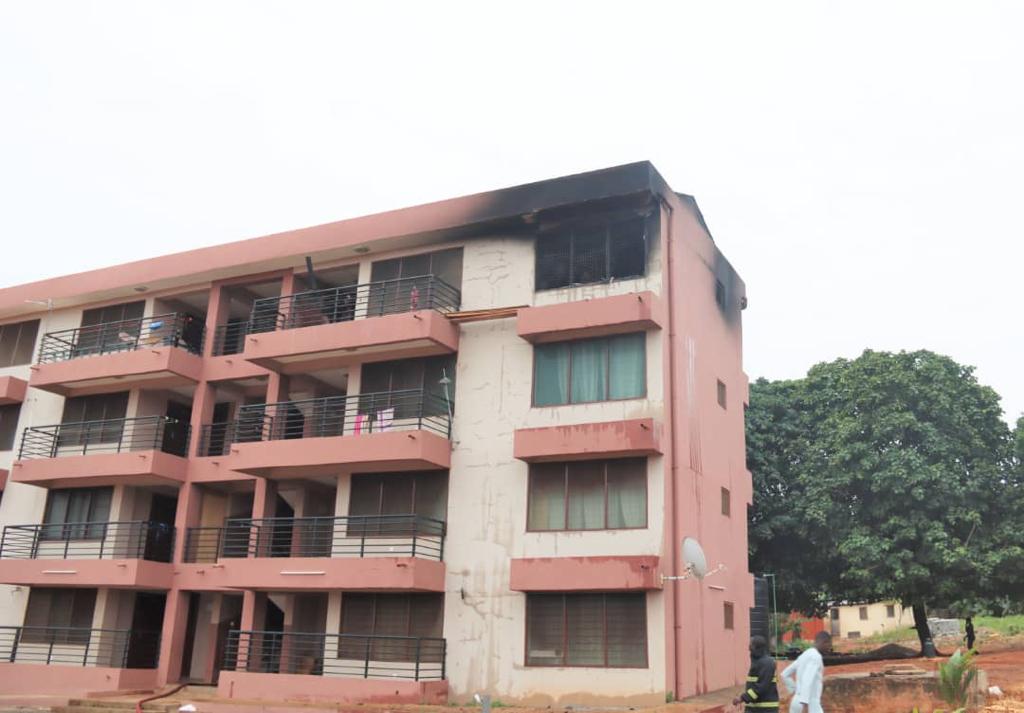 A resident, DSP Ali Musa Plato, also on the third floor told Graphic Online that he was in his kitchen when he heard the call for help.

DSP Plato added that with the help of other officers they tried to put out the flames with fire extinguishers but were unable to control the fire.

“We realised we could not bring it under control so we called the fire service to intervene,” he said. 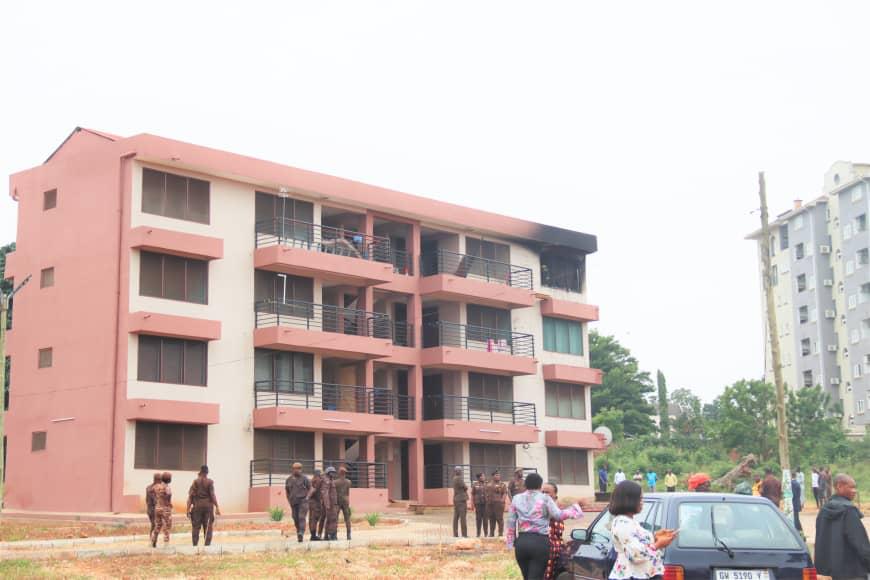 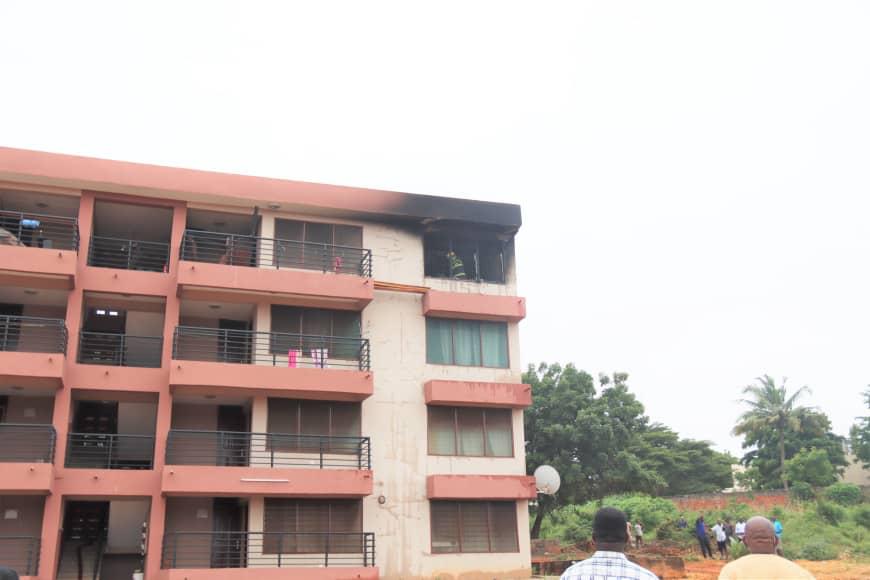