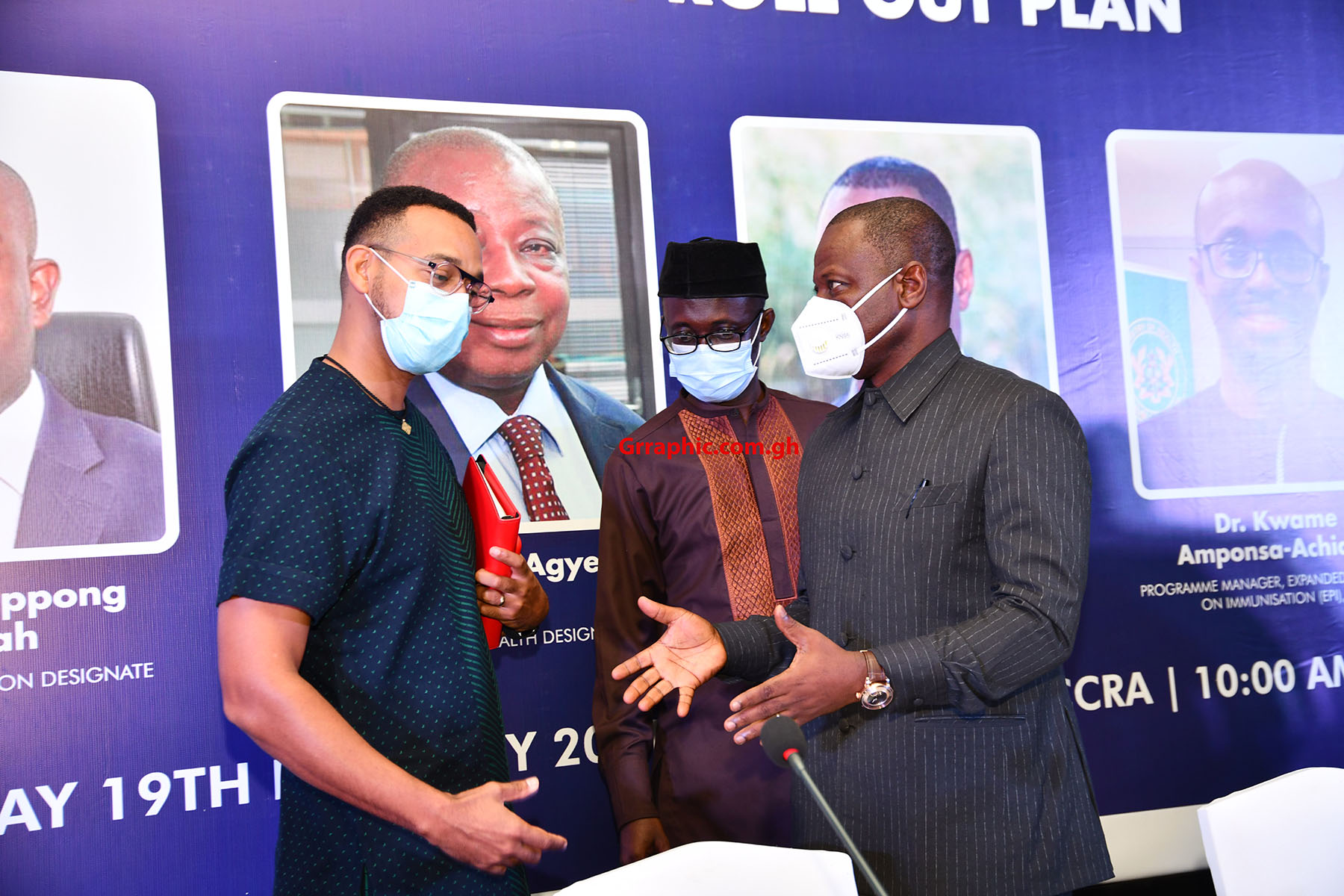 A health expert has touted the country’s robust immunisation programme as one of the best in the region, with the capacity, experience and structure to efficiently carry out a COVID-19 vaccination programme.

The Manager of the Expanded Programme on Immunisation (EPI) of the Ghana Health Service (GHS), Dr Kwame Amponsa-Achiano, said with over four decades of immunisation experience, the country had been able to deploy safe and highly efficacious vaccines that had reduced drastically the national infectious disease burden.

Dr Amponsa-Achiano said the successes of the EPI included the drastic reduction of infectious diseases in the country as well as the elimination of wild polio and neonatal tetanus in the country.

He said vaccines had helped in conquering most childhood immunisable diseases, notable among them neonatal tetanus.

He said vaccines had also helped in eliminating a form of meningitis.

“This is why we say that we have a robust vaccination structure that can facilitate COVID-19 vaccination,” he said.

He said the structure included adequate health infrastructure and personnel, the expanded programme for immunisation as well as vaccine storage and deployment facilities of international standards.

Dr Amponsa-Achiano said often in routine vaccination, 90 per cent coverage was attained while the figure increased with mass vaccination.

Throwing more light on the history of vaccination in the country, he said it dated back to 1970, while the EPI programme started in 1978.

“Initially from 1978 to 2018, we were immunising against six infectious diseases which we all might relate to the campaign against the six childhood killer diseases. These are measles, pertussis (whooping cough), tuberculosis, diphtheria, tetanus and poliomyelitis,” he said.

Dr Amponsa-Achiano said by 2019 the number of infectious diseases against which vaccines were deployed had risen to 13 plus the current malaria vaccine being piloted to make 14, currently.

He said initially the main targets were only women and children but was later extended to all ages.

An immunologist and Research Fellow with the West African Centre for Cell Biology of Infectious Pathogens of the University of Ghana, Dr Yaw Bediako, said vaccination was a safe and effective way of protecting people against harmful diseases before they came into contact with those diseases.

He said vaccines used the body’s natural defences to build resistance to specific infections and strengthened the immune system.

He said people, in the quest to boost their immune system against COVID-19, were self-medicating with all forms of concoctions.

“Vaccines train the immune system to create antibodies, just as it does when it is exposed to a disease. However, they do not cause the disease,” he said.

However, he said, vaccines were the most effective immune booster, and called on the public to take advantage of the national vaccination programme.

President Nana Addo Dankwa Akufo-Addo gave the assurance during his 20th address to the nation on the COVID-19 situation that the government would ensure that the COVID-19 vaccines to be deployed in the country were effective and safe.

On Sunday, January 31 this year, he said the country was expected to receive its first consignment of the vaccines in March 2021.