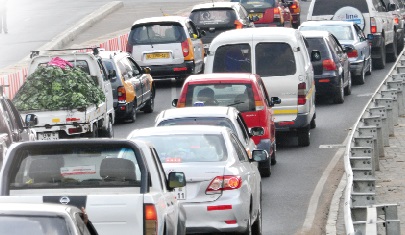 Although road crashes and fatalities remain a grave concern in the country, latest statistics indicate that for the first time in 20 years, in 2022 crashes on the roads reduced by 20 per cent.

The statistics, made available to the Daily Graphic by the National Road Safety Authority (NRSA), indicated that from January to December last year, out of the 14,960 reported road crashes, 2,373 people lost their lives.

The figures also showed that the injuries in 2022 declined by 1.5 per cent, compared with the situation in 2021, when 15,935 sustained varying degrees of injury from road crashes, and in 2020, which recorded 15,988 injured people.

Describing the data as modest and at the same time significant, given that there was some decline, the Director-General of the NRSA, David Osafo Adonteng, said the efforts were part of the plan to at least halve the carnage on the roads by 2030, in line with the sustainable development goals (SDGs).

Mr Adonteng said the gains made in containing road crashes in 2022 were positive energy, as they had motivated the NRSA to do more to improve on the situation.

"This is a significant achievement in road safety performance never seen in the last two decades or more," he told the Daily Graphic.

Despite the gains made with motor crashes, the statistics revealed a rather worrying trend with motorcyclists and their pillion riders who were more exposed to road traffic deaths than other road user groups, such as commercial passengers, private vehicle occupants and pedestrians.

Although the proportion of motorcycles involved in crashes also reduced by 11.9 per cent from 6,166 in 2021 to 5,432 in 2022, most of the fatalities on the road involved motorcyclists.

Regional distribution of road fatalities in 2022 in descending order:

After successively recording higher year-on-year increases in the road crashes, injuries and deaths for two decades, there was a decline in all three indicators at the end of 2022 for the first time.

Additionally, the average monthly fatalities for a year fell below 200 people for the first time in many years.

A further perusal of the statistics showed that unlike previous years when December, which is the Christmas season, recorded sharp increases in crashes, there a was significant reduction in fatalities in December 2022.

A total of 202 lives were lost to road crashes during the festive season, compared with the 316 deaths in 2021.

The monthly trend in fatalities revealed that there was a significant decrease of about 36.1 per cent for the month of December 2022, compared to December 2021.

Also, in 2022, the peak month for fatalities was March, when 265 deaths occurred, while December had the highest death toll for 2021, with 316 deaths.

What this mean is that for every six adults killed, a child was killed, revealing a relatively high road traffic death ratio (6:1) for adults than for children within the period.

In terms of the sex distribution of fatalities, the statistics showed that 1,860 males, representing 78 per cent, and 513 females (22 per cent) were killed from January to December 2022.

The data revealed a ratio of 1:4, implying that for every female killed, four males were killed.

In terms of vehicles involved in the crashes, the statistics indicated that from January to December 2022, a total of 8,645 commercial vehicles were involved in crashes, while private vehicles and motorcycles recorded 11,677 and 5,432, respectively.

Additionally, 2,680 pedestrians were knocked down while walking along or crossing the roads.

Looking at the casualties resulting from the categories of vehicles involved in crashes, occupants of motorcycles constituted 974 deaths.

This represents about 41 per cent of the total fatalities for 2022.

It was followed by 805 deaths from commercial vehicles, representing 33.9 per cent, and 594 deaths (25.1 per cent) from private vehicles.

Explaining why the adults/children ratio was high, Mr Adonteng said the development was partly because of the high risk of exposure of adults to traffic incidents, compared to children.

He attributed the situation to the war against indiscipline, with other initiatives, such as the Police Action Against Rider Indiscipline and the Police Invisible Eye.

Among the interventions are the sustained educational campaign by the police to get motorcyclists to ride safely by having their helmets on and stopping at red lights, instead of the old strategy when riders were threatened and harassed.

Mr Adonteng noted that more work needed to be done to put the country in a better position to meet the target of halving road fatalities and injuries by 2030.

In that regard, he said the authority had stepped up engagement and road safety education with motorcycle riders in particular to help reduce the carnage on the road.

The director-general also said in collaboration with the Motor Traffic and Transport Department (MTTD) of the Ghana Police Service and the Driver and Vehicle Licensing Authority (DVLA), the NRSA had held town hall meetings and sensitisation programmes for motor riders on the need to obey road traffic regulations and take their personal safety seriously while on the road.