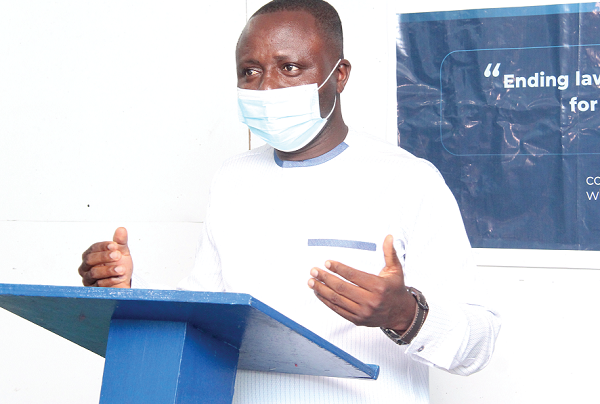 Crime Check Foundation (CCF), a crime prevention advocacy organisation, has advocated the review of prison terms under the Metropolitan, Municipal and District Assemblies (MMDAS) bye-laws in the country.

According to the foundation, such bye-laws disproportionately affect poor and voiceless persons, as most of them are unable to pay fines imposed on them for flouting the bye-laws and rather end up in prison.

“CCF appreciates the fact that imprisonment is meant to promote respect for the law and sanity in our communities. CCF does not promote deviant behaviour.

“The effect, however, is that, once the poor offender is unable to pay the fines imposed under the law, and no one comes to their rescue, he/she will land in jail, affecting the poor and voiceless persons,” the Executive Director of Crime Check Foundation, Ibrahim Oppong Kwarteng, who shared the findings and recommendations on how to collectively work to improve human rights and reduce poverty in the justice sector said at a news conference.

The press conference formed part of the implementation of our ‘Decriminalising Vagrancy Laws and Advocacy’ project in 12 MMDAs in Greater Accra, Ashanti and Central regions.

The goal of the project is to create an enabling environment for vagrants and other poor persons to know, claim and exercise their rights to end ‘criminalisation of poverty’ in the country.

It is being implemented with support from the Open Society Initiative for West Africa (OSIWA).

The project also seeks to increase knowledge of citizens on the bye-laws of 12 MMDA in order to reduce harassments, arrests, fines and imprisonments of poor and voiceless persons under the MMDA Bye-laws.

Mr Kwarteng urged MMDAs to educate citizens on the MMDA Bye-laws, adding: That, he said, would also reduce poverty as it will ensure citizens do not lose their livelihoods through destructions or disruption of their businesses.

He further called on all relevant stakeholders such as the Media, Civil Society Organisations and the government to contribute by providing opportunities and logistics to that end.

He appealed to Parliament to expedite the process towards the passage of the Non-Custodial Sentencing or the Community Sentencing Bill into law.

That, he said, would allow for alternative sentencing regimes for petty offenders to reduce congestion in the country’s prisons.