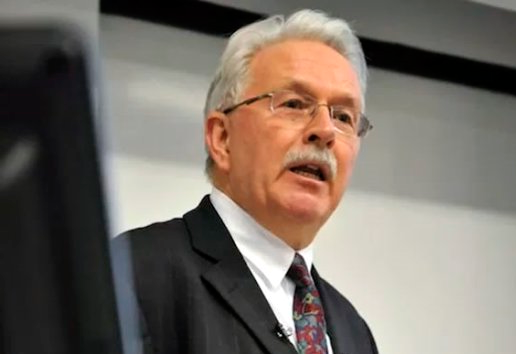 A development studies expert at the University of Manchester in the United Kingdom, Professor David Hulme, has suggested that the government rethinks the one-village, one-dam initiative.

He said the government should rather prioritise energy irrigation systems which could guarantee farmers easy access to water year-round.

He said one of the major ways to boost agricultural productivity was ensuring that farmers, particularly those in the northern parts of the country, got access to water since that continued to be a major challenge to farmers.

Professor Hulme made the observations at the launch and inception workshop of a programme dubbed, “Future Design and Assessment of Resilient and Sustainable Interventions in Water-energy-food-environment Mega-Systems” (FutureDAMS) in Accra.

The workshop was organised by the Water Research Institute of the Council for Scientific and Industrial Research (CSIR), in partnership with the University of Manchester and other partners in the UK, Africa and Asia.

FutureDAMS is a programme which brings together various academicians from the UK, Africa and Asia to research findings in modern and best practices regarding the existence and use of dams.

In Ghana, the project is led by the CSIR-Water Research Institute and involved the Institute of African Studies of the University of Ghana. The project is funded by the UK Research Council.

Explaining the project, Prof. Hulme said it would deliver cutting-edge ideas about how “multi-criteria decision-making models and political economic analysis can contribute to better development decisions.”

He said a FutureDAMS consortium was investigating ways in which tools and approaches could be used to establish a knowledge base that would enable dam projects to support resilient and sustainable development in a warming world.

“This new generation of dam schemes has the potential to make significant contributions towards achieving the Sustainable Development Goals and the Paris Climate Change commitments,” Professor Hulme said.

He also indicated that FutureDAMS would assess the impacts of climate change on Ghana’s water-energy-food-environment systems, including dams, and provide recommendations that would benefit the country.

He said most dams in the world operated at sub-optimal levels, saying it would be necessary to optimise existing dams, new dam investments and ensure that they delivered maximum benefits with minimum negative impacts.

The acting Director of the CSIR Water Research Institute, Dr Kwabena Kankam-Yeboah, said the workshop was aimed at introducing FutureDAMS concepts and method structure to participants to enable feedback and build interactions as well as establish relationships between participants and the project team.

He said the workshop was also held to jointly identify how the project outputs could support relevant decision makers, planners and managers to address future dam decisions for improved economic, social and environmental impacts.