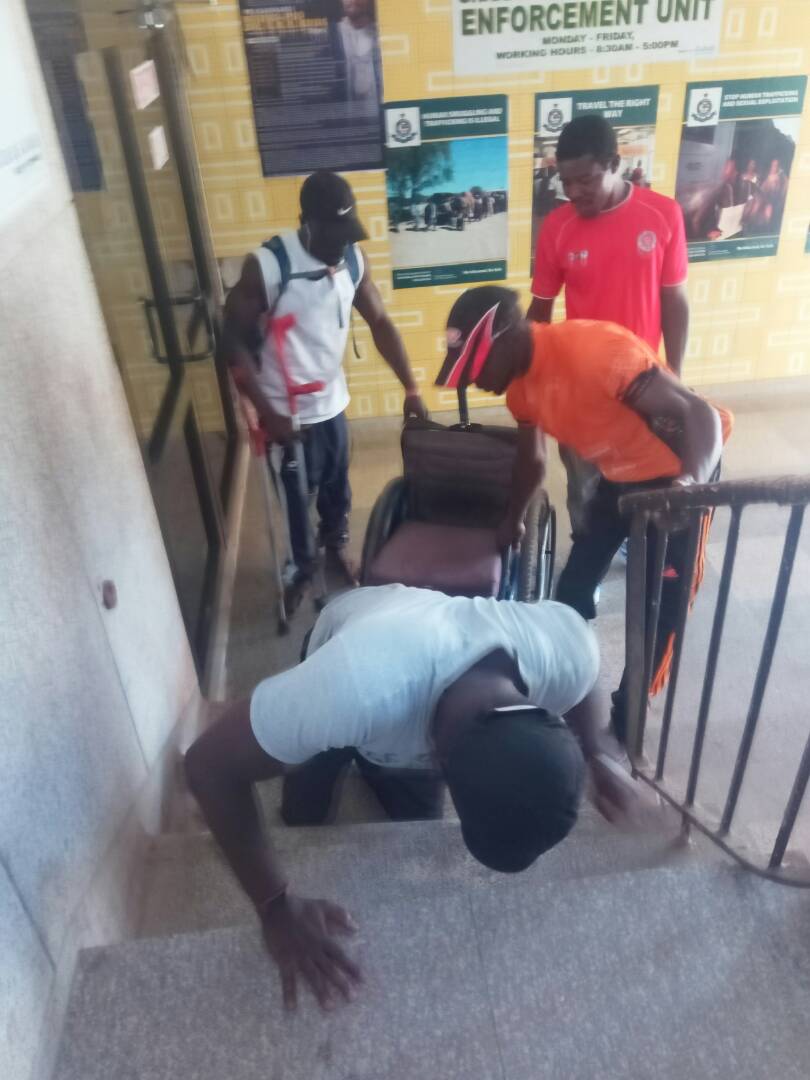 He is a physically challenged person but he has defied the odds and made giant strides in academia.

He is currently a doctoral student at the University of Ghana,

One would have thought that his educational and political exploits would give dignity to his clutches and save him from the jaws of the daily abuses of the rights of persons with disability (PWD).

But, this is not to be as he continues to suffer discrimination in terms of accessibility to the premises of public places.

The staunch advocate for disability rights narrated nerve-wrecking experiences about the inaccessibility of the premises of many academic and state institutions to PWDs.

"My hall of residence as a PhD student is also a big challenge to me because I am not able to get access to the reading room which is on the second floor. There are no lifts and the steps are such that it will take me a hell of time to get to the top.

"The television room is also not accessible for me so I cannot get there. What this mean is that even if I stay on campus for 100 years I cannot watch TV for 100 years not because I do not want to do so but because of human barriers. In fact, if you are a student with disability, it is actually pathetic," he noted.

Just like Mr Makubu, thousands of PWDs go through hell on a daily basis to access services because high rise buildings have no disability-friendly facilities.

According to the World Bank, one billion people or 15 per cent of the world’s population experience some form of disability.

Per this standard, it means that about 4.5 million people in Ghana suffer from one form of disability or the other, given the fact that the population is estimated to be 30 million.

The above statistics indicate that PWDs constitute a significant proportion of the national population for which reason the PWD Act (715) was passed in 2006 to protect their rights and harness their energy for national development. 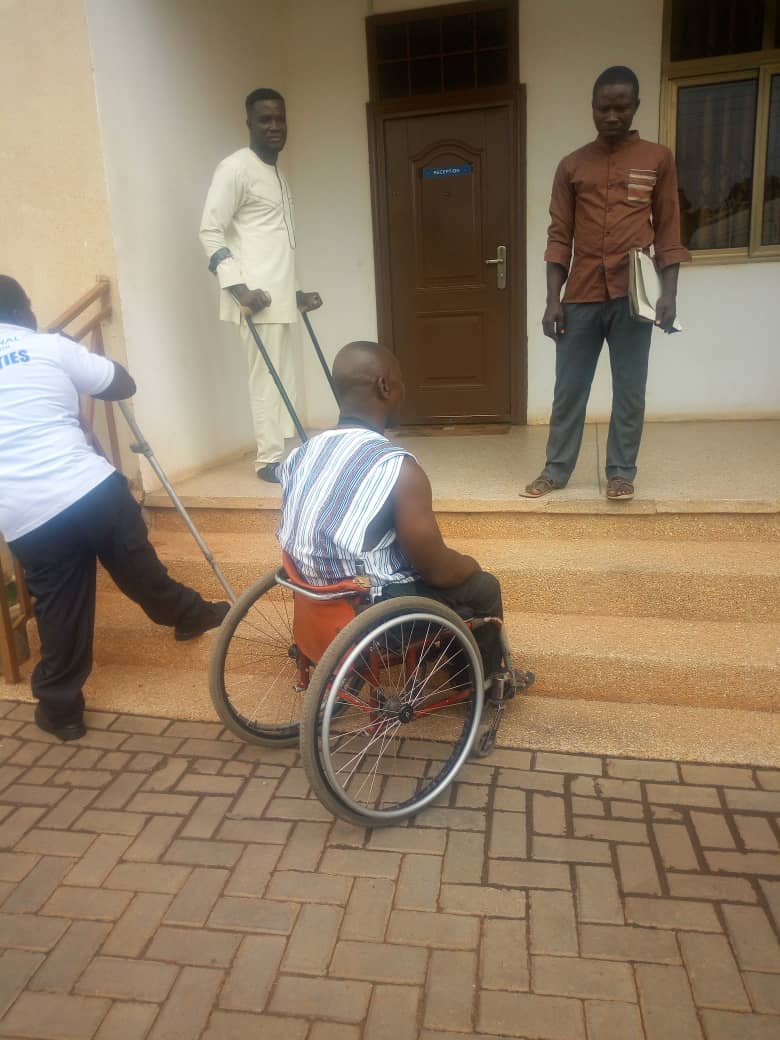 Section Six of the Act states: “The owner or occupier of a place to which the public has access shall provide appropriate facilities that make the place accessible to and available for use by a person with disability.”

Section Seven of Act 715 also states: “A person who provides service to the public shall put in place the necessary facilities that make the service available and accessible to a person with disability.”

The Act made accessibility to public building and facilities a disability right issue and put the burden on all public institutions and managers of public facilities, to, within 10 years starting from 2006, redesign their premises to make it accessible to PWDs.

The 10-year moratorium on that requirement was due on August 11, 2016, but ministries, department and agencies (MDAs), academic institutions, health installations, faith-based organisations and other essential service providers have failed to make their premises disability-friendly.

The ministries of Food and Agriculture, Roads and Highways as well as the National Council for Tertiary Education, Takoradi Polytechnic are among the few institutions that have disability-friendly premises as required by law.

However, key ministries such Finance, Gender, Children and Social Protection (MGCSP), Youth and Sports, Education, Health which operate in storey buildings have no ramps and other disability-friendly means of accessing their offices.

It is paradoxical that the country’s Parliament House where the law was passed has fouled their own baby by not adequately making its premises accessible to PWDs.

The MGCSP that is supposed to lead government advocate for the plight of PWDs has rather become a problem for disabled persons because its premises is a monster in terms of accessibility.

It is disheartening that the headquarters of the Ghana Police Service, Ghana Immigration Service (GIS), Ghana National Fire Service (GNFS), Passport Office and other critical security installations are also not accessible to PWDs. 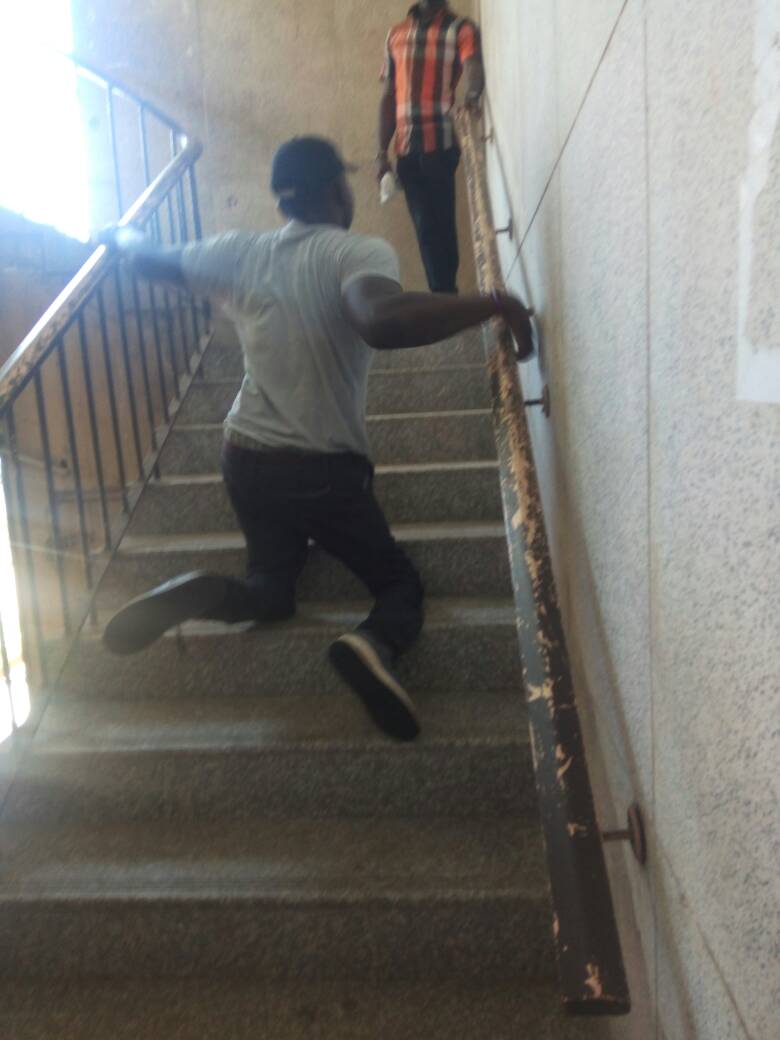 Violation of rights
The Chairman of the National Council of Persons with Disabilities, Mr Yaw Ofori Debra, described the disregard for the provision on accessibility in Act 715 as a gross violation of the rights of PWDs.

"We have observed that when buildings are put up by foreign entities, they make it disability-friendly but our local people fail to do so.

Even with those who try to do something, many of them make ramps that are substandard and even become a death trap. In their quest to beautify the ramps, some of them use slippery tiles and make the ramps more risky for PWDS.

“The annoying thing is that Parliament which makes the law have not complied with it; the Gender ministry which is supposed to be the lead government advocate for PWDs is situated in a premise that is not accessible to disabled persons,” he said.

The President of the Ghana Federation of Disability Organisations (GFD) in the Nkwanta-north District in the Oti Region, Mr John Kwame Nankan, said the situation had deprived disabled persons of educational, employment, leadership and other opportunities while leaving them in perpetual emotional and psychological trauma.

“Many of the times, we qualify for a job but the employer will look you in the face and say he cannot employ you because the office is located on a high rise building. There is unemployment in the country but PWDs suffer the more because of this situation," he said. 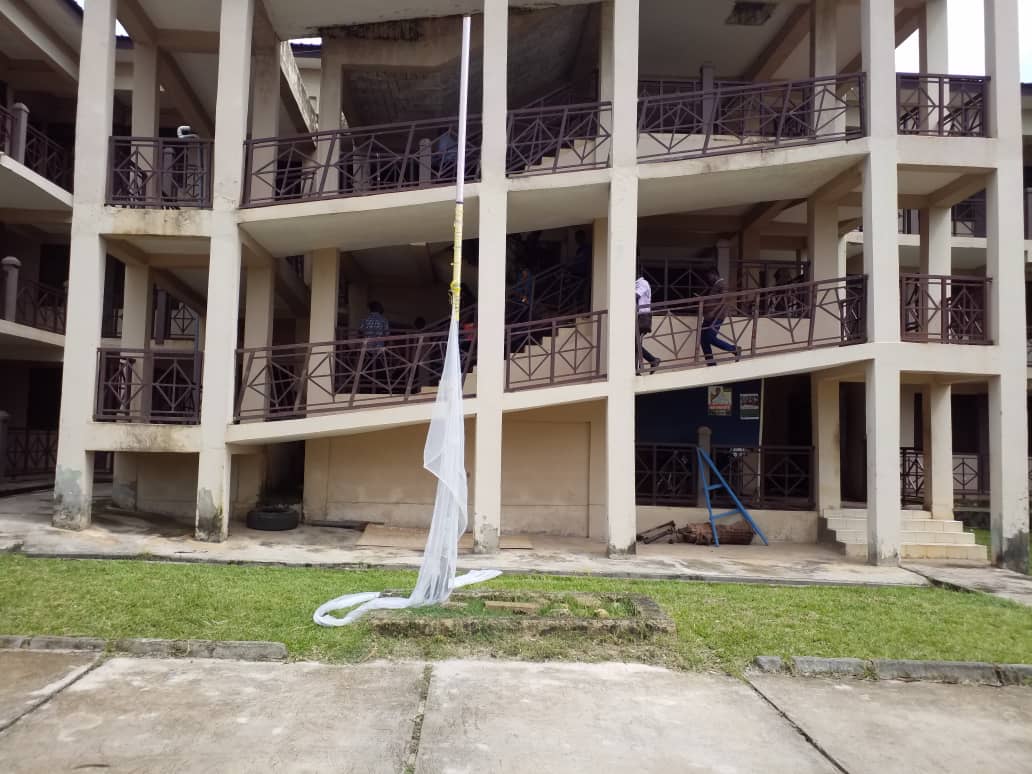 The GFD and other key stakeholders have collaborated with the Ghana Standard Authority (GSA) to incorporate disability accessibility features into the new Ghana Building and Construction Code that was launched in 2018.

The building code makes it mandatory for anyone wanting to put up a building to provide disability facilities that meet the required specifications, failure to do which building permit will not be issued.

For the Director General of GSA, Professor Alex Dodoo, it is mandatory for all public facilities, especially schools, hospitals, church buildings, mosques to religiously comply with the provisions in the code.

He urged the metropolitan, municipal and district assemblies (MMDAs) to incorporate the building code into their by-laws and make sure that they are applied to the letter.

But Mr Makubu is of the strong view that the disability accessibility component of the building code as well as Act 715 must be criminalised to compel people to comply with it.

He further called for the establishment of a unit for PWDs at the Ghana Police Service to deal with crimes against disabled persons.

"I want to call on my fellow PWDs to rise up so that we can act to protect our rights. If we need to invade Parliament House consistently until they listen to us and respect our rights, so be it," he stressed.
PWDs have a lot to offer for sustainable national development.

All institutions and stakeholders must therefore collaborate to enforce the law on accessibility to public buildings to remove the physical barriers that make life difficult for them.
Pull quote

The annoying thing is that Parliament which makes the law have not complied with it; the Gender ministry which is supposed to be the lead government advocate for PWDs is situated in a premise that is not accessible to disabled persons.