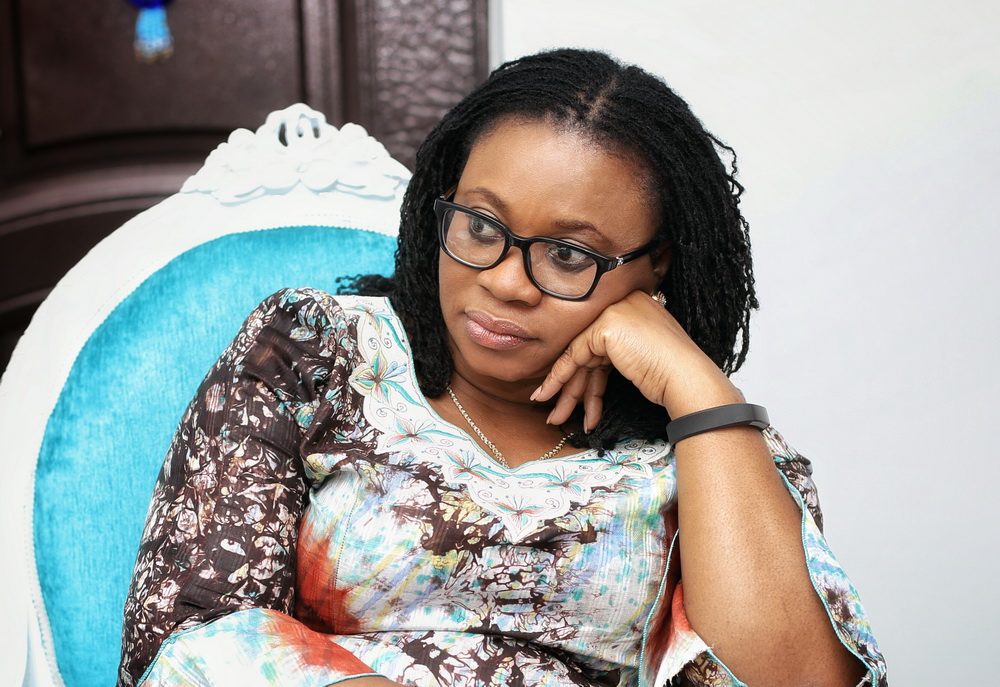 Some workers of the Electoral Commission (EC) have petitioned President Nana Addo Dankwa Akufo-Addo and the Chief Justice, Ms Justice Sophia Akuffo, to cause full-scale investigations into allegations of financial malfeasance and abuse of office levelled against the Chairperson of the commission, Mrs Charlotte Osei.

Citing breaches of some provisions of the 1992 Constitution by the EC Chairperson regarding her office, conduct and duties, the six-page petition also called for impeachment processes to be initiated for her removal from office.

Meanwhile, the Office of the President has confirmed that it has received a petition from a group calling itself ‘Concerned Workers of the Electoral Commission (EC)’ asking the President and the Chief Justice to begin impeachment processes against Mrs Osei.

The Director of Communications at the Presidency, Mr Eugene Arhin, who confirmed receipt of the petition to the Daily Graphic, declined to give further details, except to say that any further action in that regard rested with the President.

However, a letter from counsel for the petitioners, Mr Maxwell Opoku-Agyemang, and addressed to President Nana Akufo-Addo, said, “I respectfully bring this petition in accordance with Article 146 (3) of the 1992 Constitution and humbly pray that the President forward same to Her Ladyship, the Chief Justice, for possible impeachment process.”

In the 27-point petition, the concerned staff claimed that the EC chair compromised the independence and neutrality of the commission by arranging for a 2015 V8 Landcruiser, with registration number WR 2291-15, from the Office of the President for use as an official vehicle, without going through the procurement process or without recourse to the commission.

It stated that the political posture of the chairperson prior to the conduct of the 2016 general election nearly plunged the country into a civil war.

It stated that Mrs Osei, without recourse to the commission, engaged the services of lawyers without going through the procurement process, contrary to the Public Procurement Act.

It further indicated that the commission signed a contract with Super Tech Limited (STL) on the premise that the voters registration exercise was going to be electoral-area based, but upon assumption of office as the Chairperson of the commission, Mrs Osei unilaterally abrogated the said contract without recourse to the same commission that had approved the earlier version.

The petition said she singlehandedly renegotiated the contract with the vendor without the involvement of the members of the commission, not even the deputies, and then awarded the contract to the tune of $21,999,592 in disregard of the Public Procurement Act.

In a letter to the lawyers for the petitioners, lawyers for Mrs Osei, [email protected], said their attention had been drawn to “a petition for the ‘impeachment’ of our client pursuant to the provisions of Article 146 of the 1992 Constitution”.

They said “having perused the said letter, to which was attached the allegations on the basis of which the petition invoked the provisions of Article 146 of the 1992 Constitution of the Republic of Ghana for our client's impeachment, we have noted several defamatory statements in respect of which we have our client's irrevocable instructions to take immediate action against your clients who have not been disclosed on the face of your letter.

“At all times material to our present letter to you, your letter has received widespread publication in the mass and social media by way of radio broadcasts and discussions including comments in blatant violation of the confidentiality requirements of Article 146 of the 1992 Constitution pursuant to which you have petitioned the President of the Republic of Ghana.

“Be that as it may, having observed from your letter by virtue of which the petition to the President is conveyed that your clients are an amorphous group of people described as "concerned staff of the Electoral Commission." Our client has instructed us to demand from you and we hereby so demand the full list of these "concerned staff of the Electoral Commission" to enable us commence legal action against them for the defamatory statements contained in their petition failing which our client will be constrained to proceed against you alone as defendant in the suit our client intends to commence against them since you are to all intents and purposes, their agent.

“Our client’s decision to seek remedy in court for the protection of her reputation without prejudice to the article 146 proceedings triggered by you.

However, a source at STL explained to the Daily Graphic that the company went through due process to get the job and executed it to the best of its ability and knowledge.

“If there are any issues, the appropriate authorities should handle them and we at STL are prepared to cooperate with the state authorities in looking into the matter.”

A visit to the EC’s headquarters in Accra yesterday revealed that there was no evidence of tension as being portrayed on social media.

During the visit, it was observed that work was going on smoothly in a calm atmosphere, while workers moved in and out of their offices for their routine transactions.

The visit was in reaction to a news report and information trending on social media that there was tension at the EC as staff wanted Mrs Osei removed.

A highly placed source at the EC told the Daily Graphic that he was not aware of any tension or any petition by the so-called concerned staff of the commission.

The source said since the petition was only against the chairperson and not the commission as a body, none of the members could speak on the issue except the person against whom the petition was made.

Some workers who spoke to the Daily Graphic on condition of anonymity confirmed that there was no tension at the head office of the EC, except that some of them had either heard the news on radio or read about it on social media platforms.

They described the move as a clandestine attempt by a group of faceless deviants to discredit Mrs Osei and call for her removal based on their political, partisan and parochial interests.