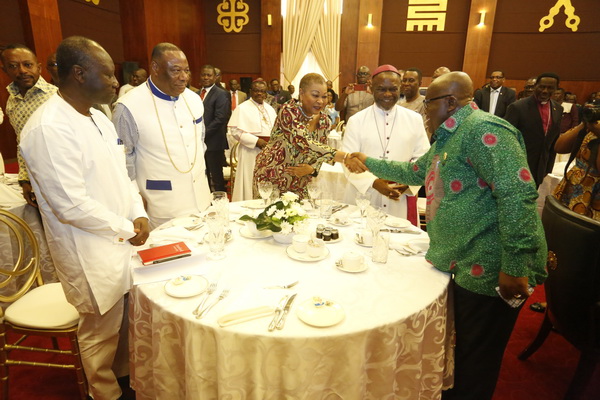 Religious leaders have reached a consensus with the government on the need for churches and other religious bodies to pay taxes on their income-generating ventures.

That was the outcome of a meeting between the religious leaders, including Muslims and Christians, and President Nana Addo Dankwa Akufo-Addo at the Jubilee House in Accra on Wednesday.

The meeting was held behind closed doors, but speaking to the Presidential Press Corps after the meeting, the religious leaders said after their interaction with the President, they had now understood the rationale behind the calls for religious organisations to pay taxes on their income-generating ventures.

Among other issues, the meeting focused on the taxation of the commercial activities of religious bodies and the double track system for the free senior high school (SHS) policy.

According to the leaders, they believed that existing laws must be applied on taxation, while every effort should be made to ensure that all Ghanaian children had the best education.

They commended the President for his decision to implement the double track system to provide more opportunities for graduates of junior high schools (JHSs) to further their education.

At a recent press conference in Accra, the Commissioner-General of the Ghana Revenue Authority (GRA), Mr Emmanuel Kofi Nti, revealed that the authority was on the trail of preachers who flaunted their personal wealth.

According to him, the GRA, charged with the task of assessing, collecting and accounting for tax revenue in Ghana, was currently gathering financial intelligence on preachers who had been demonstrating that they possessed a fleet of ostentatious cars and glitzy houses.

He explained that although the tithes and offerings collected by churches from congregants were exempted, their business activities were subject to the taxing regime. 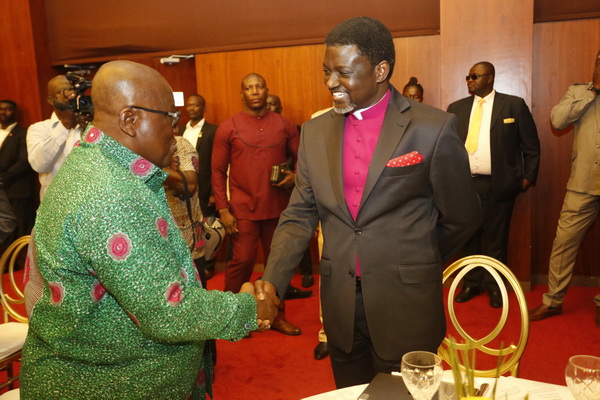 He said a Deputy Minister of Education, Dr Yaw Osei Adutwum, who spoke on the double track system, explained it explicitly to the understanding of the religious leaders and the concerns they raised were addressed.

The General Overseer of the Maker’s House Chapel International, Dr Michael Boadi Nyamekye, said there was consensus that churches should be paying taxes on their income-generating ventures but underscored the need for continuous engagement with the government and the tax collection and regulatory bodies.

He explained that if the country did not use the double track system, many children would be denied the opportunity to continue their education.

Dr Nyamekye said the system was a good proposal and would go a long way to decongest the schools, increase intake and provide employment for more teachers.

He called for a regular evaluation of the educational system and the double track system to ensure that set targets were met and the concerns of the people addressed.

He expressed the hope that the meeting would be a regular feature of the government, saying such engagements would afford him the opportunity to listen to their concerns and also share with them some of the programmes and ideas of the government.

“Working together does not mean that they have to agree with everything; working together means that we have an attitude of cooperation, we jaw jaw, talk about matters and find a way that collectively addresses the welfare of our people,” the President said.