Receiver can testify in uniBank case — Court of Appeal 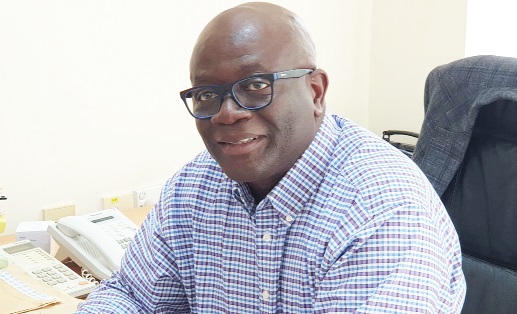 The Court of Appeal has upheld a High Court ruling which affirmed that the Receiver of the defunct uniBank, Nii Amanor Dodoo, was properly appointed by the Bank of Ghana and can testify in the trial of the former Finance Minister, Dr Kwabena Duffuor, together with eight others who is facing charges over the collapse of uniBank.

This comes after the High Court presided over by Justice Bright Mensah (a Court of Appeal Judge, sitting with additional responsibilities as a High Court Judge) had dismissed an objection raised by Dr Duffuor and two other accused persons against the first prosecution witness’ (Nii Dodoo’s) competence to testify in the trial. In a ruling dated February 17, the three-member panel of the Appellate Court, presided over by Justice Dennis Dominic Adjei, dismissed the appeal as “unmeritorious”.

“A receiver is, therefore, competent to testify in court on any matter that comes to his possession in his capacity as a receiver,” the court, which also had Justices Gbiel S. Suurbaareh and Georgina Mensah-Datsa as other members, ruled.

The accused persons are standing trial for various offences including fraudulent breach of trust, falsification of accounts and money laundering, contrary to the Criminal Offences Act and the Anti-Money Laundering Act.

However, Dr Duffuor and the two others objected to the receiver’s testimony.

They argued that Nii Dodoo’s testimony was in contravention of Section 122(8) of the Banks and Specialised Deposit-Taking Institutions Act, 2016 (Act 930) and that the witness’ evidence should not be admitted in evidence.

The section in reference states that: “The official administrator shall not acquire significant shares or accept appointment as a director, key management personnel or to any other office or position in the bank or specialised deposit-taking institution which was the subject of the administration for a minimum period of two years after the end of official administration”.

Dr Duffuor and the two others, therefore, argued that the matters Nii Dodoo was testifying to came to his notice through his appointment as a receiver of uniBank, which they argued was in violation of the section.

The prosecution, on the other hand, maintained that the Bank of Ghana (BoG) appointed KPMG as an official administrator and not the witness.

Again, they said the witness was only a partner of KPMG and there was no fetter on his right to be appointed as a receiver. They further argued that his appointment as a receiver of uniBank was not tainted with illegality.

The objection was, therefore, dismissed by Justice Mensah on June 22, 2021.

In their bid to reverse the decision of the trial court, Dr Duffuor and the two others filed an appeal at the Appellate court on July 1, 2021 to challenge the High Court’s ruling. They argued that Justice Mensah erred in law when it dismissed their objection to the receiver’s capacity to testify at the High Court. They further argued that the trial judge misdirected himself in overruling the objection raised to the competence of the receiver to testify and tender evidence in the trial.

The Appeal Court, which dismissed the application seeking to overturn the High Court ruling, rather upheld the decision of the trial court. It contended that KPMG was appointed official administrator by the Bank of Ghana under section 107 of Act 930 to oversee the administration of uniBank and KPMG’s term of office came to an end. Section 122(8) of Act 930 places a limitation on KPMG from acquiring significant shares or accepting appointment as director, key management personnel or to any other office or position in uniBank, which positions are positions offered in the exercise of internal powers by shareholders, directors and employees, for a minimum period of two years. These limitations exclude appointments by external bodies such as the Bank of Ghana. The receiver was appointed by the Bank of Ghana and therefore falls outside categories of persons that are referred to under section 122(8) of Act 930.

“To hold that the evidence of Nii Amanor Dodoo should be rejected, although his evidence is relevant and admissible, would amount to strict interpretation which shall advance niceties of form and language, and further suppress the creative development of the provisions of the Act,” the court ruled. The purpose of Act 930, according to the Court of Appeal, was to ensure that banks and other deposit-taking institutions operated to protect the interest of their shareholders and that, where a criminal act was found or detected by either the official administrator or a receiver appointed by the BoG, such evidence would be admitted in the interest of the public,” the court said.

Again, the court in its ruling noted that the rejection of the said evidence would offend Article 4(1) of the 1992 Constitution, which imposed duties and obligations on citizens to protect, preserve public property, expose, and combat misuse and waste of public funds and property.