Rebuilding of Appiatse on course - Jinapor 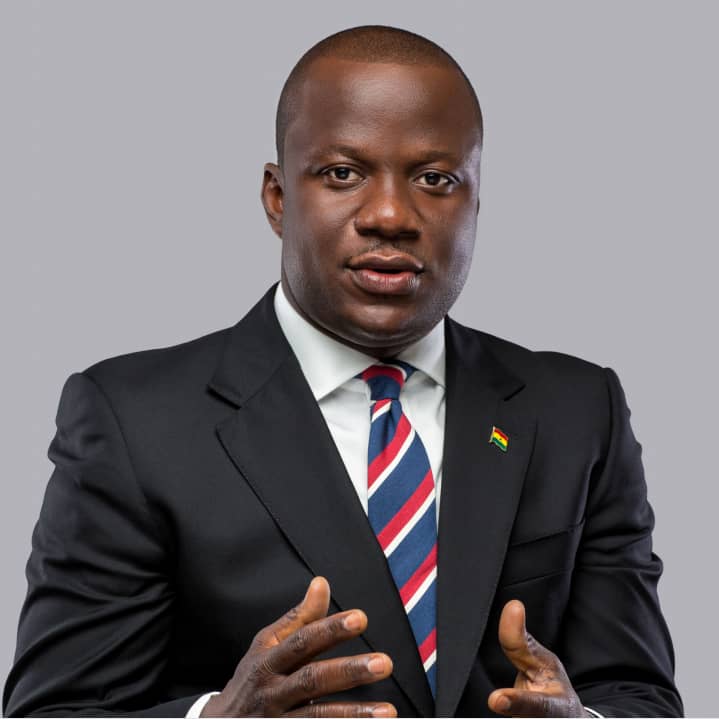 The Minister of Lands and Natural Resources, Samuel Abu Jinapor, has expressed the government’s commitment to the reconstruction of Appiatse, near Bogoso in the Prestea-Huni-Valley municipality in the Western Region.

He said a lot of work had been done to pave the way for the commencement of the reconstruction of the first 124 housing units for the people of Appiatse.

He said the Vice-President, Dr Mahamudu Bawumia, was expected to cut the sod this month for an improved and decent settlement.

The minister was speaking after a tour of the relief camp at Dumasi, after which he witnessed the beginning of the dismantling of the tents which had initially housed the survivors and also personally donated some food items to them.

Some 600 houses and periphery structures which were destroyed in the January 20, 2022, deadly explosion will be reconstructed at an estimated cost of GH¢70 million.

“Out of the estimated number of structures, some will have to be pulled down, while others which pass the structural integrity test will be renovated or restored to their former state and handed over to the owners,” the minister said.

He commended the effort of Corporate Ghana, individuals who had contributed and those still contributing building materials for the reconstruction and humanitarian reliefs.

A Deputy Lands and Natural Resources Minister, Benito Owusu Bio, called for continued support, saying: “I must say we are nowhere near the estimated cost of GH¢70 million.”

He said the contract was awarded to the Architectural & Engineering Services Limited (AESL), and that the teams were currently busy on the drawings, and assured the people that the committee would continue to engage them every step of the way.

“Let me assure you that the government will ensure that every pesewa contributed towards the reconstruction is used for the project to ensure that the best is delivered,” he said.

The deputy minister said the community, when completed, would have areas defined for social and economic activities, such as a defined area for Fante kenkey production, tailoring and hairdressing, a centre for bone-healing, the initial trade of the founding father, Egya Appia, and a market.

“We still do not have enough and, therefore, we still need donations to come in the form of building materials – cement, iron rods, among many others - and humanitarian items,” he said.

At the site, land use plan has been translated into a well layout structure that defines the space on the ground. The core area, made up of 120 plots, has been defined and the Department of Urban Roads is set to mark the roads within the layout and the pre-contract drawing from the AESL.

About three contractors would be assigned to handle the core houses, Mr Bio said.

Currently, the surveyors on the ground were done with mapping and pillaring and the utility companies – the ECG and the Community Water and Sanitation Agency - were also to define their networks for the harmonious take-off of the reconstruction project.

The design of the houses, he said, were ready, adding: “I must say the reconstruction will take off almost immediately and we will deliver the core in no time.”

Asked if the reconstruction of Appiatse would still maintain the communal space where the indigenes would freely interact and share basic stuff, Mr Bio explained that the committee did not impose the design on the people, and that it was opened up for options, suggestions, among others.

The design by the AESL, he said, considered the community before the disaster and how the people had lived since the community came into being.

When the Daily Graphic visited the settlement camp last Wednesday, all the 1,030 inhabitants had been moved to a semi-completed building fitted with louvre blades and doors and which was safer, compared to the tents which had exposed the people to the harsh weather conditions.