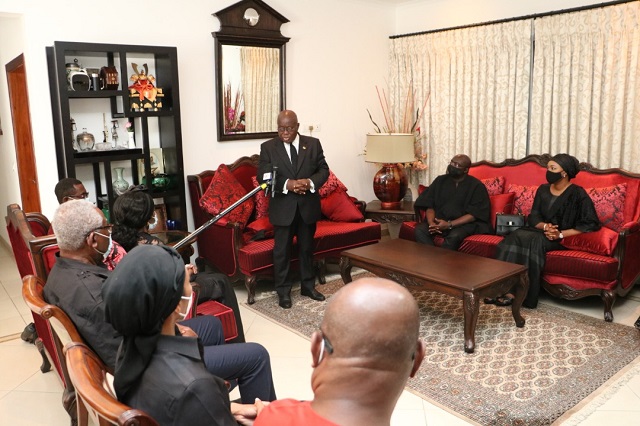 President Nana Akufo-Addo has described the contributions of late former President Jerry John Rawlings to the development of Ghana as enormous and indicated the readiness of government to offer him a befitting state burial.

The President expressed his sadness at the sudden demise of the first President of the Fourth Republic, Flt Lt. Rawlings on Thursday.

Consoling the widow, Nana Konadu Agyeman-Rawlings, the children and family of former President Rawlings during a condolence visit on Friday, the President said he found it so difficult to believe that the dynamic and energetic personality full of vitality that he knew, had gone to meet his maker.

President Akufo-Addo said having served his country and contributed significantly to its development, his departure has to be the responsibility of the Ghanaian nation. “We are going to be writing volumes and volumes on his contribution to Ghana,” said President Akufo-Addo. 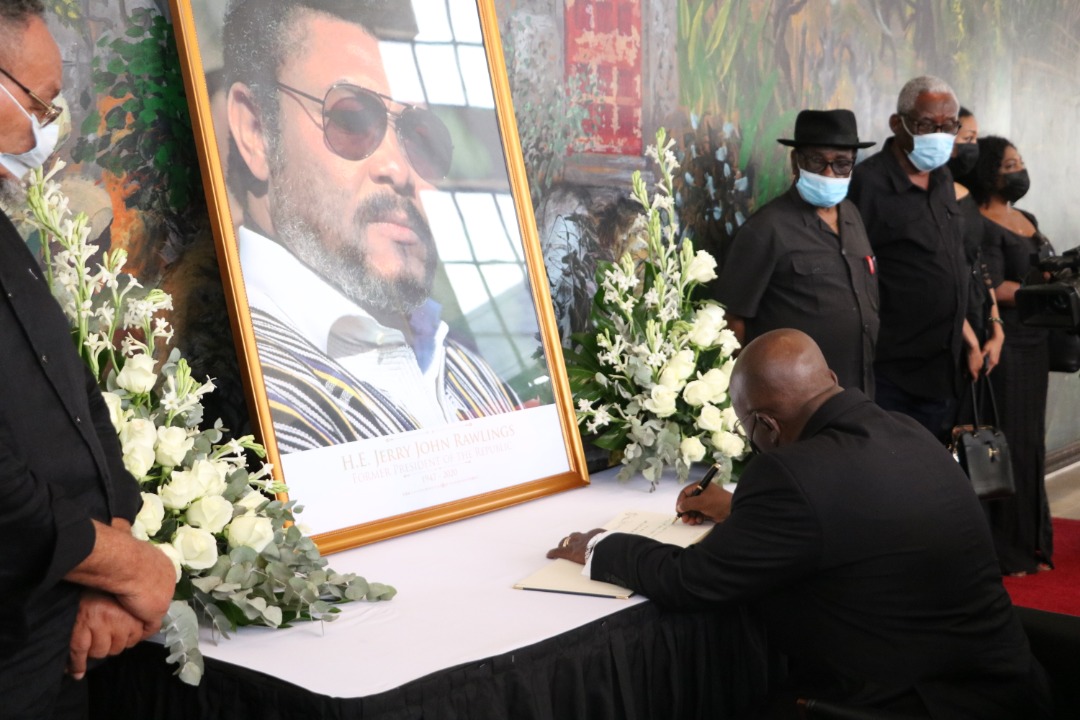 The President said former President Rawlings’ contribution to the development Ghana will not be forgotten.

Dr. Zanetor Agyeman-Rawlings, daughter of the former President and Member of Parliament for Klottey Korle, expressed the gratitude of the family to the President and his team for the visit and the show of support and the immense honour done to her father by ensuring that he will be recognized with a full state burial. She stated that the family was yet to discuss the details of the date for the funeral.

The President was accompanied by Vice-President Dr. Mahamudu Bawumia, his wife Samira Bawumia, the Chief of Staff of the Office of the President, Madam Frema Opare Osei, Chairman of the New Patriotic Party, Freddie Blay and Ghana’s Ambassador to China, Edward Boateng.

Speaking during a condolence visit to Mrs. Nana Konadu Agyeman-Rawlings and the family of former President Rawlings on Friday afternoon, Candidate Mahama said the loss was a loss not only for the family but for the entire NDC fraternity. He said the party stands in readiness to play whatever role it had to play to ensure a smooth send off for the founder.

Former President Mahama said the positivity President Rawlings stood for is something that the party has to protect and fight for to ensure that his role is never forgotten, so he is placed in his rightful place in Ghana’s history. He indicated that the party was observing the seven days of national mourning hence the cessation of campaign activities across all regions and constituencies.

The NDC candidate who was accompanied by his Vice-Presidential candidate, Naana Jane Opoku Agyemang, expressed his sincere condolences to Nana Konadu Agyeman-Rawlings and the family for the sad loss.