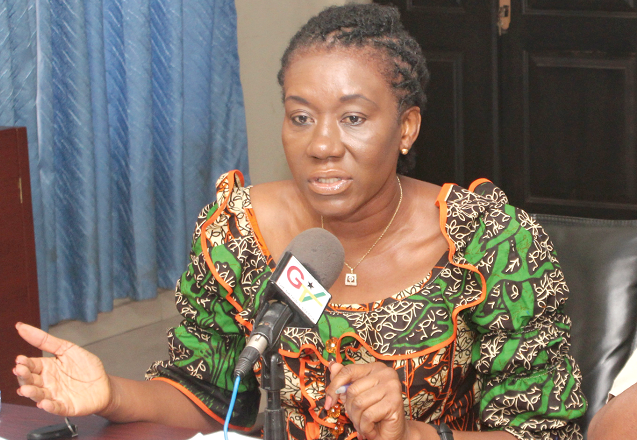 Victims of rape and defilement within Teshie, a suburb of Accra, and its surrounding communities, are allegedly negotiating and settling these cases at home at a cost of GH¢500.00.

For defilement, whoever commits this offence with or without consent shall be liable on summary conviction to imprisonment for a term not less than seven years and not more than 25 years.

The Municipal Director of Health at the Ledzokuku-Krowor Municipal Assembly (LEKMA), Dr Leticia Appiah, who made this known to the Daily Graphic in an interview at the annual review conference of the assembly, said although the move was “a shocking and painful decision,” it was due to the fact that parents and guardians of the victims did not have the money to report such cases at the police station for the needed action.

“The people are poor and because they have to get police report forms to go to the hospital, and back to the police station to pursue their cases, they let go of the case. The perpetrators come home, they sit together, and they [the family and the victim] are offered GH¢500.00 to drop the case,” she said.

She said they intended to discuss and find solutions to issues that were affecting the development of the assembly.

In attendance were some heads of religious organisations, youth leaders, chiefs, residents and staff of the assembly.

Dr Appiah said aside from the lack of funds to pursue such cases, the perpetrators of such acts were usually family relations and neighbours.

That, she said, made it difficult for the parents and guardians of the victims to pursue such cases, because of the relationship they have with their perpetrators.

“Some of our doctors who have tried fighting for some of these victims have been threatened because the perpetrators are mostly neighbours and so now they have opted for self-preservation,” she said.

“There is one case in Teshie Manteman involving a girl who went to cut her hair at a barber’s shop; the barber locked his shop and raped her. What are you going to do? Because the barber is her father’s friend, they let go of the case, but if he were a stranger, they would easily report it,” she mentioned.

Name and shame them

Dr Appiah said such cases of sexual violence, however, posed harmful and lasting consequences to the victims, families and communities, who are both psychologically and physically affected.

She, therefore, suggested that the perpetrators of such acts should be named and shamed to deter others from doing the same and also protect children from harm.

“I think it is time to name and shame the perpetrators by exposing them for the public to be aware of those who engage in that disgraceful act. We have billboards. We should paste their pictures on them so that people will see and run away from them and to also deter others from falling into their grip.”

“I would like families to remember that as they protect perpetrators of such act, they would be the first to bear the fruits of their labour in future; charity after all begins at home,” she added.

In another interview, an Obstetric Gynaecologist at the LEKMA Hospital, Dr James Dakyi Clayman, also told the Daily Graphic that it was high time domestic violence was taught as a subject in the medical school for doctors to understand the issues involved when they encountered such situations.

“The truth is that in our medical school system, students are not taught domestic violence so most of the doctors are ignorant about it. Even how to write the report is a problem and so their inability to deal with such situations becomes part of the torture for the victims,” he said.

He also suggested to medical practitioners to treat rape and defilement cases at the hospitals with some sense of urgency by not allowing victims to join long queues to receive consultation.