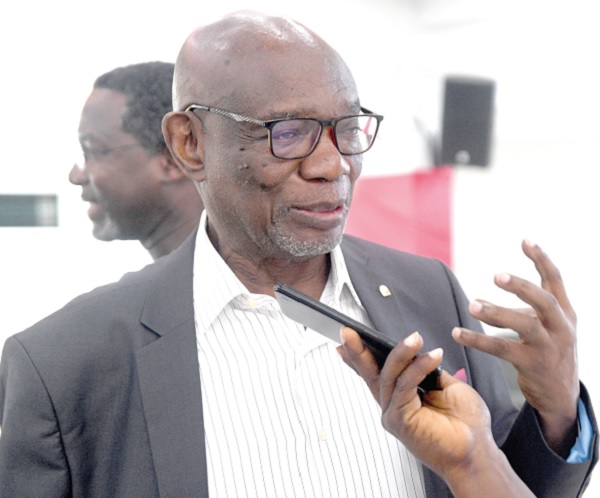 THE government should make conscious efforts to locate out-of-school children and put them in classrooms to ensure their proper development, an education expert, Prof. Jophus Anamuah-Mensah, has said.

“Failure to put such children in school could result in them developing into certain personalities who could create problems for everyone”, he said.

Prof. Anamuah-Mensah also called for increased investment in the education sector to ensure no one was left behind irrespective of where they were located for the accelerated development of the country.

Out of that number, almost 942,427 children had never attended school.

Prof. Anamuah- Mensah said this in an interview with the Daily Graphic in Accra as part of activities to commemorate the fifth International Day of Education which is being celebrated today on the theme: “To invest in people, prioritise education”.

The UN General Assembly proclaimed January 24 as International Day of Education in recognition of the role of education in ensuring peace and development.

Globally, 244 million children and youth are out of school, while 771 million adults are non-literate.

Prof. Anamuah-Mensah said that the celebration of the day was important because it served as a wake-up call on governments to prioritise and invest more in education.

He acknowledged that although there had been some interventions such as the Free Compulsory Universal Basic Education, the Capitation Grant, as well as the Free Senior High School programme, more children were still at home and on the streets not going to school.

“We need to get everyone, including the disabled and other vulnerable persons to go to school up to the highest level,” he said.

Prof. Anamuah-Mensah said if it was due to poverty that they were not in school, they could be offered some kind of support, including scholarships.

“The country needs everyone’s support and everyone’s input to make it better for all of us.

My view is that if we leave anyone out then we are not really prioritising education the way we should.

“So we need to make sure education is prioritised over suppression or discrimination.

It should not be that only children of the elite go to the best schools while those who cannot afford go to whatever school,” he added.

The former Vice-Chancellor also stressed the need to equip schools with the necessary tools to ensure quality education.

He lauded the effort by the Ministry of Education to champion Science, Technology, Engineering and Mathematics (STEM) education in the country.

Meanwhile, an advocacy organisation, Africa Education Watch (Eduwatch), has also entreated the government to step up effort by increasing the current allocation of the national education budget from 12 per cent to 23 per cent with priority on basic education infrastructure.

“The recent 40 per cent budgetary cut in the free basic education (goods and services) budget is regrettable.

“Providing new school buildings to replace the 5,000 schools under trees and sheds, and building new public basic schools in under-served communities to accommodate the one million out-of-school children is critical to achieving equitable access,” the Executive Director of Eduwatch, Kofi Asare, said.