The Director of the KSam Essilfie Medical Foundation, a non-governmental organisation with focus on health, education and entrepreneurship, Stephen Quansah, has appealed to the Ekumfi Health Directorate in the Central Region to intensify its preventive health education programmes in the communities in Ekumfi.

He is of the view that using the community nurses to promote preventive health education in the communities within the Ekumfi District would help the people in the area to observe basic health practices that would enable them to live healthy lives.

He said many of the people in the area lacked information on basic health practices such as eating well, having good sleep or sleeping under treated mosquito nets, hence the need to embark on aggressive preventive health education in the area to help reduce the disease burden within the district. 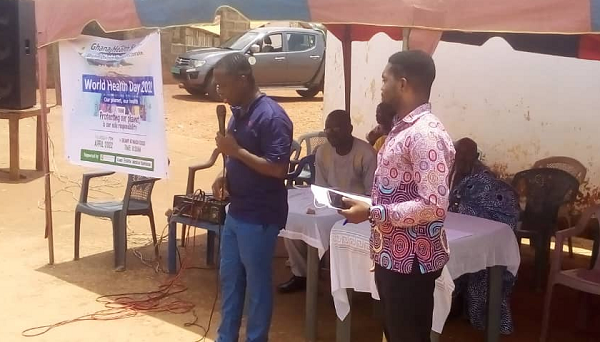 Mr Quansah made the appeal when the KSam Essilfie Medical Foundation in collaboration with the Ekumfi Health Directorate organised a health screening exercise for the people of Ekumfi Ekotsi and Ekumfi Akwansa Kokodo communities during this year’s World Health Day.

More than 400 people from the two communities were screened for high blood pressure, syphilis and malaria. The event was also used to administer COVID-19 jabs to those who had not yet taken the vaccines.

Mr Quansah explained that all those who tested positive to the various diseases that were screened for were given medication whilst those whose conditions required further clinical diagnosis were referred to bigger health facilities for further care.

He expressed the worry that many people in Ekumfi lacked access to basic healthcare services, for which reason he noted, impeded healthcare delivery in the area. 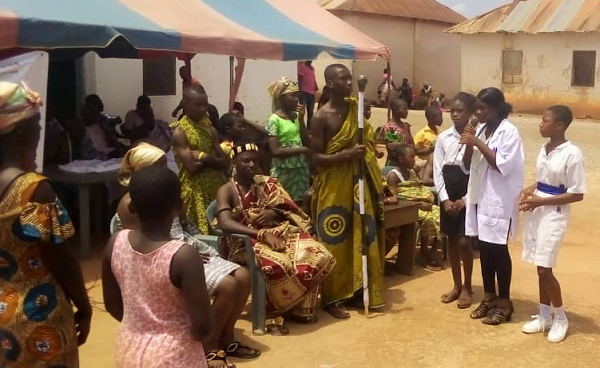 He observed that due to the high poverty burden in Ekumfi, many people in the area fail to seek healthcare early when they fall sick and only do so when their conditions had deteriorated.

Mr Quansah also expressed the concern that apart from poverty that compelled people in the area not to seek early medical intervention when sick, there was high superstitious beliefs in the area that keep people away from seeking healthcare at the health facilities.

He said the KSam Essilfie Medical Foundation would work with other relevant stakeholders in the Ekumfi area to promote access to quality healthcare services.

He, however, encouraged the people in the Ekumfi area to get registered on the National Health Insurance Scheme (NHIA) so that they would be able to regularly seek healthcare services when they are sick.

For him, the NHIA was introduced to reduce the financial burden on poor people in accessing healthcare services, hence the need for the people in the area to get registered for the scheme.

Mr Quansah further encouraged the communities in Ekumfi to use communal labour to build their own CHP Compounds, noting that with CHPs Compounds in the communities, people in area would be able to seek first aid care early before they are referred to bigger healthcare facilities.

In a speech read on his behalf, the Ekumfi District Health Director, Mr. Martin Dankoh, encouraged the people in the Ekumfi area to prioritise their healthcare, expressing the concern that lifestyle diseases such as high blood pressure was on the rise in the area.

He further encouraged the communities in the districts to mobilise resources to build their own CHPS compounds, pledging that the Health Directorate would send nurses to all completed CHPS Compounds in the district.