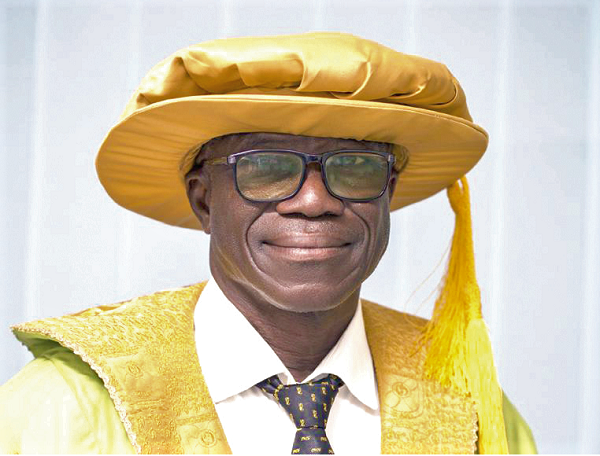 Private tertiary institutions in the country are facing serious challenges, as they cannot attract the requisite number of students following the rapid expansion of the public universities.

The private institutions had banked their hopes on getting students from the pioneer group of free senior high school (SHS) graduates, but they are yet to get the expected numbers.

Added to their predicament is the fact that they are unable to advertise to attract students due to the financial constraints facing them as a result of the closure of schools last year following the outbreak of the COVID-19 pandemic.

The schools are in dire financial straits and many of them are unable to pay salaries, bills, among other obligations.

With the exception of faith-based private universities which get some form of support from the religious bodies running them, most of the remaining private institutions have had their plight worsened by their inability to service loans contracted from banks to put up infrastructure and other facilities.

Currently, there are 81 accredited private tertiary institutions in the country, out of which 50 are members of the Conference  of  Independent Universities (CIU).

About 100,000  people are said to have obtained higher education from private universities in the last  20 years.

The President of the CIU, Professor Dan Obeng-Ofori, told the Daily Graphic that the expansion of public universities to the doorstep of the private ones was a major threat to their survival.

“They (public universities) have campuses all over the place, using SHS and primary school facilities. But if you are a private university you cannot do that because the accreditation board will not allow you to do that,” he said.

Prof. Obeng-Ofori, who is the President of the Catholic University College, Fiapre, said, unfortunately, there was nothing the private universities could do about the situation because the public universities claimed they had not broken any law.

Asked whether the high fees charged by private universities was not responsible for their inability to attract students, he answered in the negative, adding: “This is a perception that has persisted for a long time.”

“If you analyse some of the payments at the private universities, they are lower than what is paid in the public universities,” he said.

He indicated that some private universities would survive, in spite of the current challenges, including the faith-based ones.

The rest, he added, would have to do some re-engineering and develop attractive programmes to increase their enrolment.

Prof. Obeng-Ofori said the CIU would organise a stakeholder engagement with the government and other relevant bodies to look at the issues affecting private universities and find an amicable solution to them to enable them to survive.

In April last year, the CIU presented a position paper to the then Minister of Finance, Mr Ken Ofori-Atta, for the government to support private universities.

It mentioned the challenges faced by the private institutions as dwindling student numbers due to the explosion of players in the sector and the continued establishment of state-supported higher education institutions, fee collection challenges, lack of access to funds for infrastructure development and the high cost of commercial loans to meet operating expenses.

Other difficulties were  false media reports about fee levels, the high cost of utilities, high emoluments paid to staff and difficulty with budget deficits.

“These difficulties have now been exacerbated by the closure of higher educational institutions due  to the COVID-19 pandemic. It is imperative that the state considers all universities, public and private, as public good that have to be supported in different ways,” the paper said.

The President of the Marshalls University College, Dr Tetteh Nettey, confirmed that the private universities were going through a lot of challenges.

He said there was the need for the government to come in and assist private universities to operate, in view of the critical role they were playing to produce human resource for the country.

“How many private universities are able to advertise on radio, television and in the newspapers such as the Daily Graphic for students? Meanwhile, this is important to attract students, but you need money to do this,” he said.

For his part, the Registrar of the Kaaf University College, Mr Frimpong Okyere, said the private universities had come to stay and so there was the need for some kind of support scheme to train workers and faculty, among others.

“We all cannot be the same — either you are faith-based and get some kind of support or you are supported by a foundation. For those who don’t have such support, I think we can have some kind of financing programme to help us stand on our feet,” he said.

He said if the private sector was the engine of growth, then the time to act to save the private universities was now.