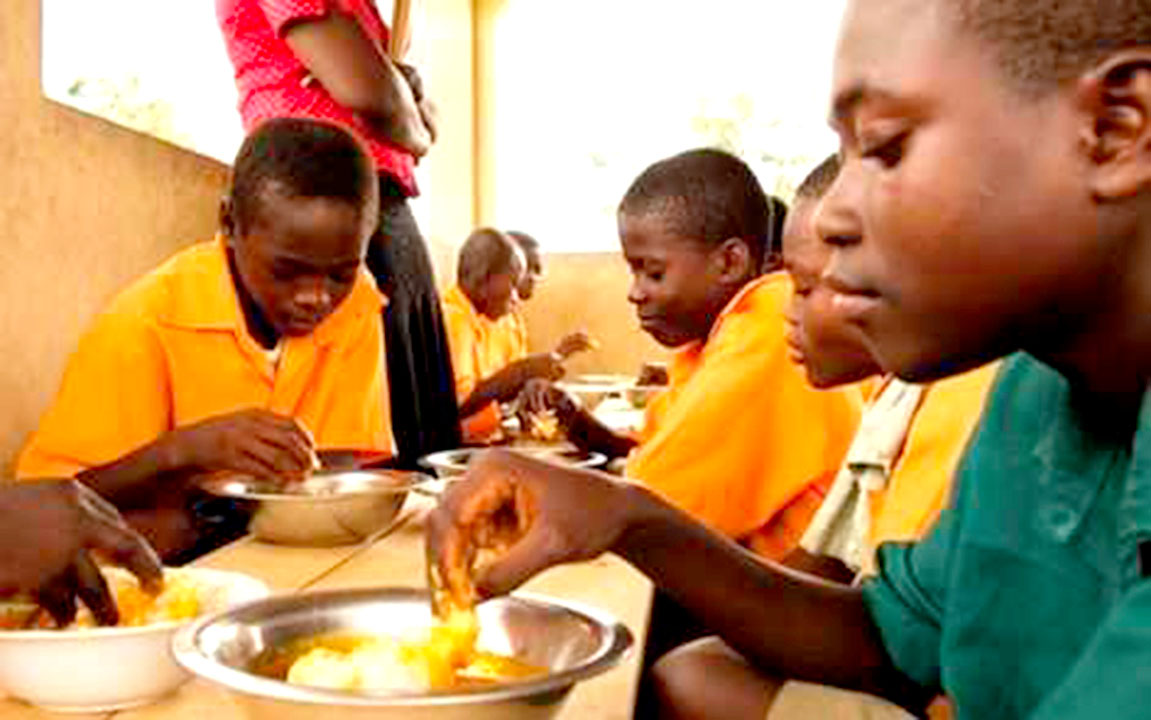 For many vulnerable children, this daily meal is said to be an important part of getting access to sufficient calories
30.5k Shares

A report by UNICEF and the World Food Programme (WFP) has called on the government through the Ghana School Feeding Programme to prioritise school meals to avert a looming nutritional crisis due to the COVID-19 pandemic.

The report said during nationwide lockdowns in some countries, all school feeding programmes were cancelled.

According to the two UN agencies, more than 2.9 million children who were entitled to school meals missed out for up to 10 months of this nutritional supplement provided on a daily basis to school children in Ghana while globally, more than 39 billion in-school meals were missed.

For many vulnerable children, this daily meal is said to be an important part of getting access to sufficient calories and helping them to concentrate and learn in school.

The absence of these meals, therefore, the report said was a threat to the overall well-being and development of many vulnerable children.

In a press release, the two groups also said approximately three million adolescent girls aged between 10 and 19, who were already experiencing high rates of anaemia prior to the outbreak of COVID-19 in Ghana, were not able to access their weekly iron-folic acid supplementation, leading to a potential roll-back of recent progress made on reducing anaemia rates amongst girls.

During the pandemic, there had been a 30 per cent overall reduction in the coverage of essential nutrition services including school feeding, micronutrient supplementation, and nutrition promotion programmes in low and middle income countries, as well as programmes for the treatment of severe malnutrition in children.

The report said school meals were not only vital in ensuring children’s nutrition, growth and development but that they also provided a strong incentive for children, especially girls and those from the poorest and most marginalised communities to return to school once restrictions were lifted.

According to the report, the longer children were out of school, the greater the risk that they would drop out of education altogether.

The WFP and UNICEF said the worst-hit areas during the 2014 Ebola outbreak in West Africa saw rising food insecurity in countries already facing high levels of malnutrition, saying this same trend had already been seen in many countries during the COVID-19 pandemic including in sub-Saharan Africa and South Asia.

To this effect, the WFP during the crisis had been supporting governments to adapt their school meals programmes during school closures and so far, more than 70 countries had delivered take-home rations, cash transfers or food vouchers, providing a valuable, interim solution for millions of children.

In the first nine months of 2020, more than ????13 million schoolchildren across the world received WFP school-based support as compared to 17.3 million the previous year.???

Also, since the start of the pandemic, the report said UNICEF had supported national governments to maintain the continuity of nutrition services for school-age children and adolescents.

In 2020, nearly 25 million school-age children and adolescents benefitted from programmes for the prevention of anaemia. Tailored to context, most of these programmes combined nutrition education and counselling, supplementation with iron and other essential micronutrients and deworming prophylaxis.

Where schools are still closed, UNICEF and WFP ,therefore, are urging governments to prioritise their reopening, while making sure that the health, food and nutritional needs of children were met through comprehensive, high-quality school feeding programmes.