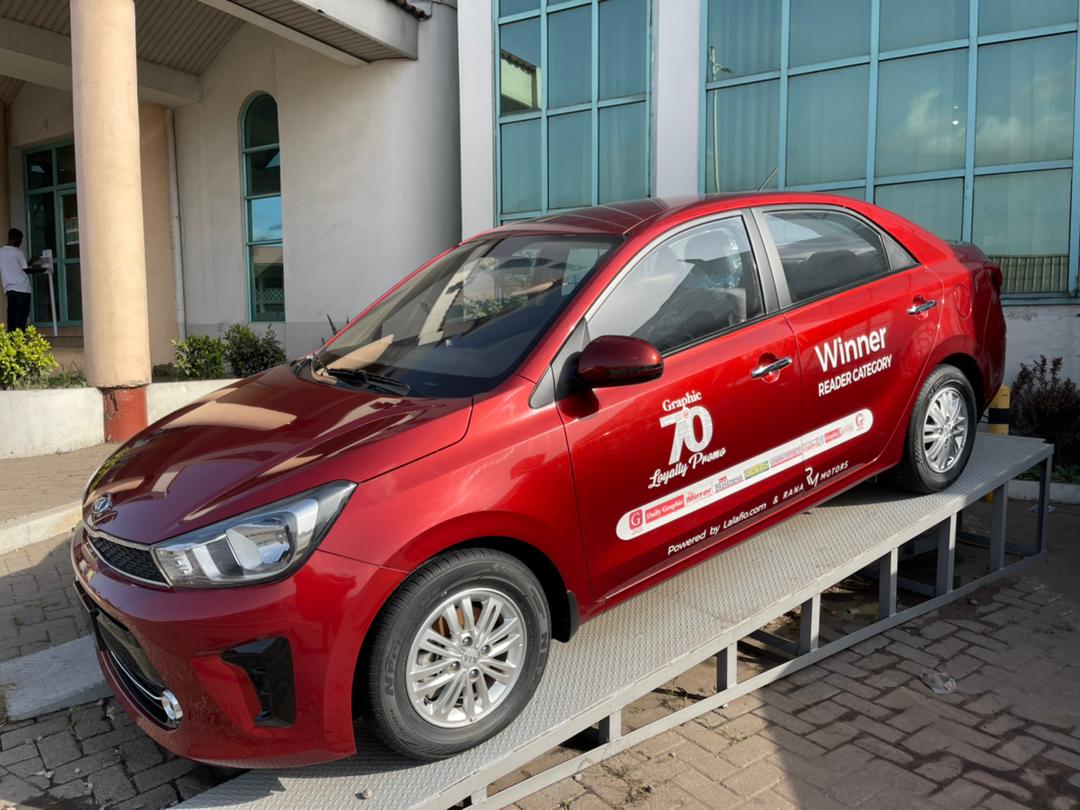 The [email protected] Loyalty promo is being organised as part of the Graphic Communications Group Limited’s (GCGL) 70th anniversary to reward active and loyal customers of the media giant.

Launched in October 2020, the promotion is in two categories — daily and monthly.

The other sponsor is Lalafio.com.

The first of the two grand draws was held last Friday, April 9, 2021 at the GCGL’s head office in Accra and was streamed live on Graphic.com.gh and on Facebook and YouTube @DailyGraphicGhana and @Graphicgh respectively.

The winners were selected at random from the entries for the daily and monthly prizes before the grand draw, which is the quarterly prize—car.

Speaking to Graphic Online in a telephone interview after the draw had confirmed him as the winner, Mr Hayford;s first words were: “Thank you, thank you, I don’t even know what to say.”

The obviously excited winner of the KIA Pegas car said he joined the promo the very first day it was launched, and that he had been buying 20 copies of the Daily Graphic newspaper on a daily basis.

He said after doing his cut-outs of the paper, he sent people to drop the cut-outs for him at the GCGL’s head office in Accra.
For him, he was very optimistic that “I will win the car.”

Mr Hayford pointed out that he started reading the Daily Graphic in the early 90s, noting that there were times in his life where he had to read “dead papers” since where he was, he could not get the papers the very day they were published.

He said because of his various quest to read the papers on a daily basis, some newspaper vendors got to know him and they were supplying him with the papers in his house.

The overly excited Mr Hayford has, therefore encouraged readers of the Daily Graphic and other brands of the GCGL to continue to read the papers to enjoy the various goodies the paper offers.

He also pledged that he will continue to play the game in spite of winning the first car, pointing out that he is still optimistic that he could win another car. 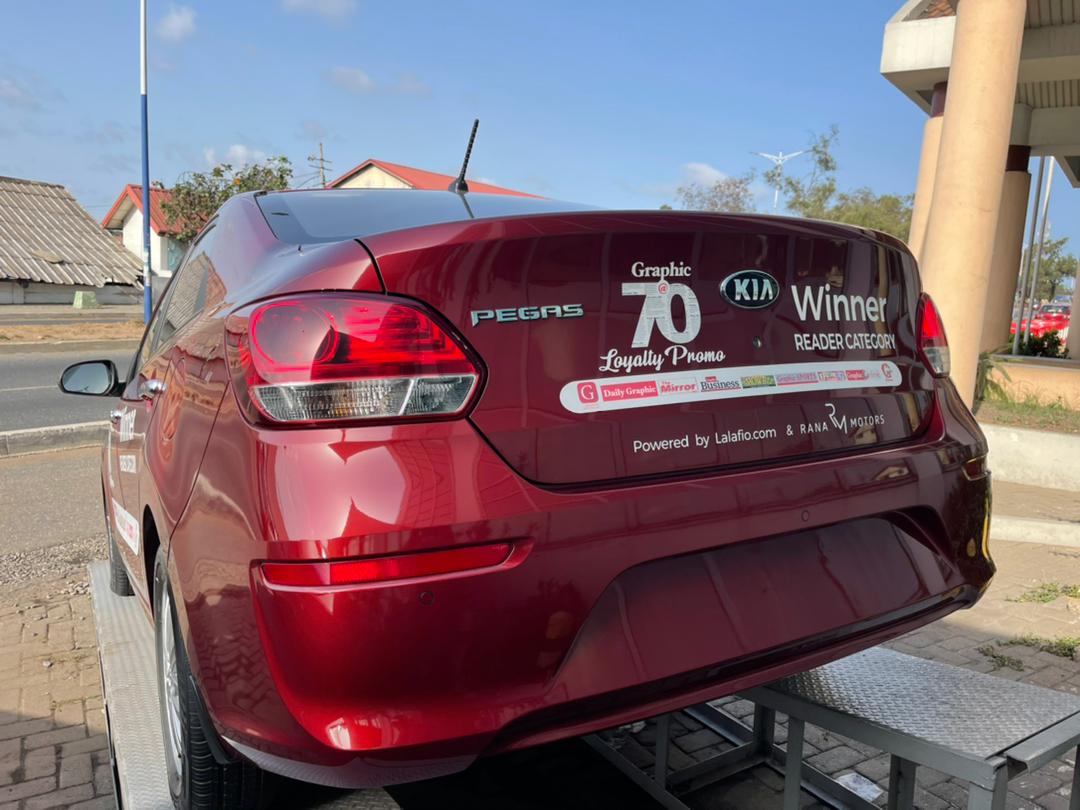 The Sales and Circulation Manager of GCGL, Mr Kwaku Ofosu, said “this is the third draw” we are doing, noting that there had been some changes in the promo with the daily winners taking home GH¢200 while the monthly winners take home GH¢1,000.

He has encouraged readers of the papers to continue to play to win more prizes, including the cars.

He also expressed the gratitude of the company to its cherished readers and the various winners.

More than 30 other people also won daily and monthly prizes for themselves in the third draw.

All participants in the [email protected] Promo get into the daily draws.

The third draw was conducted by the Sales and Circulation Manager of the GCGL, Mr Kwaku Tweneboah Ofosu, and a team from Afrifanom, formerly known as Vokacom, the technology partners for the promotion.

Readers of any of the GCGL's brands — the Daily Graphic, The Mirror, Graphic Sports, Graphic Showbiz, Graphic Business, Junior Graphic and Graphic Online (www.graphic.com.gh), — are rewarded daily, weekly and quarterly with prizes worth over GH¢1 million.

To qualify, participants have to accumulate more points by views of live music performances on Lalafio.com. The more views accumulated, the more points are accumulated towards winning a car! 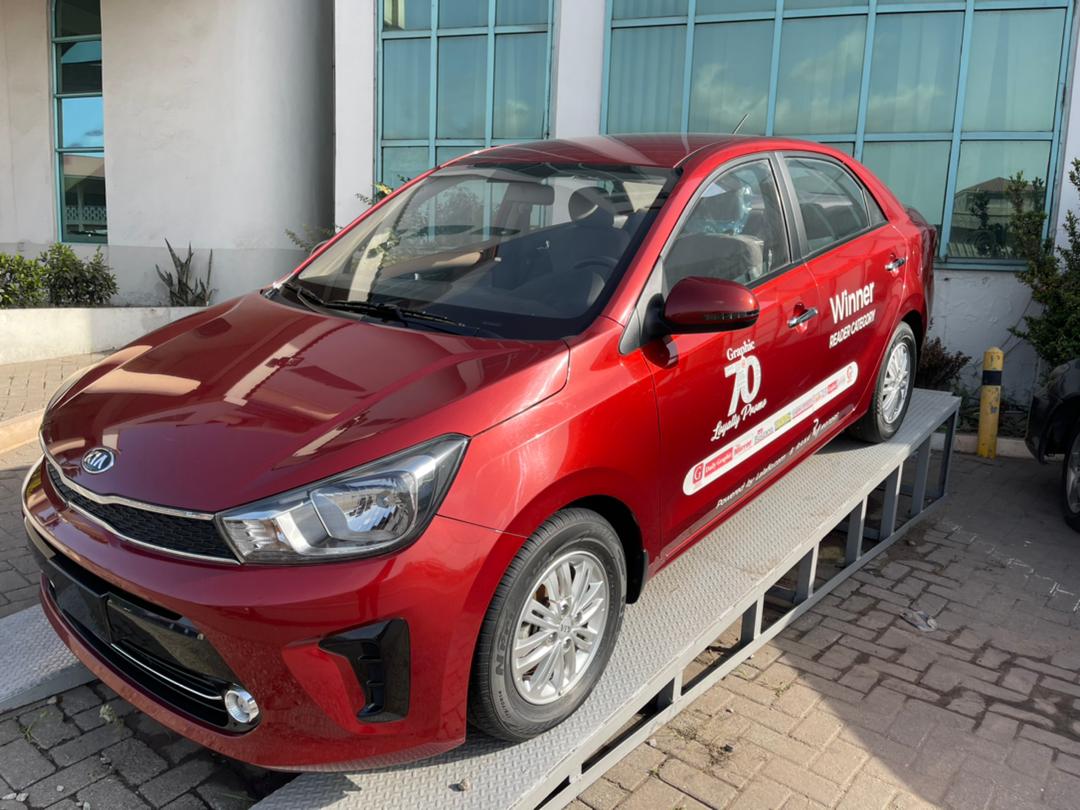