Prez launches Planting for Food and Jobs programme on April 19 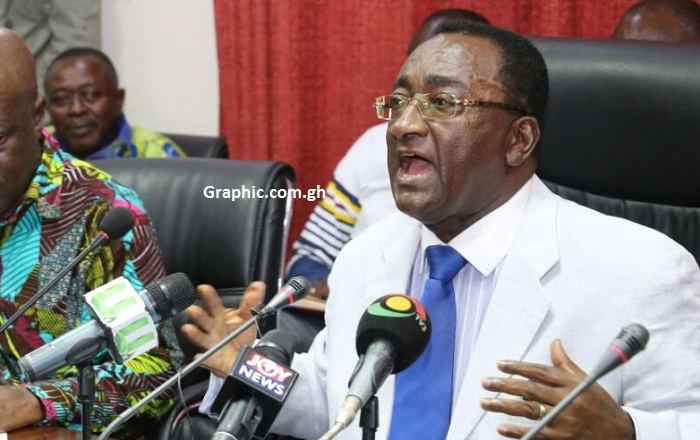 A national organising committee has been inaugurated and tasked with the responsibility of engaging various stakeholders in preparations towards the launch of the Planting for Food and Jobs programme.

The committee is chaired by the Deputy Minister designate for Information, Mr Perry Curtis Okudzeto.

They will work alongside a local organising committee (LOC) to be inaugurated in Sunyani next week.

The national launch of the programme, which is a flagship project of the Akufo-Addo administration, is scheduled to take place in the Brong Ahafo Region on April 19, 2017.

President Nana Addo Dankwa Akufo-Addo is expected to perform the official launch to kick-start the campaign, which is expected to revolutionise the country's agriculture.

The aim of the project is to ensure increased food production, while cutting down on the huge foreign exchange used in importing food items into the country annually.

The project is also targeted at creating over 750,000 direct jobs for Ghanaians who will be actively involved in the pilot phase of the project this year and who are expected to, thereafter, spearhead the government's agricultural modernisation policy for the next five years.

Towards that end, the national organising committee is expected to oversee the upcoming official launch of the project.

Inaugurating the committee, the Minister of Food and Agriculture, Dr Owusu Afriyie Akoto, said the government was committed to creating job opportunities for the teeming youth through agricultural modernisation.

He expressed worry over the declining trends of growth in the agricultural sector over the past eight years and pledged that the Akufo Addo administration would do everything possible to reverse the trend.

He said it would also involve the supply of improved seedlings and fertiliser at subsidised prices, as well as the provision of extension services, marketing opportunities for produce and use of data collection technology for farmers.