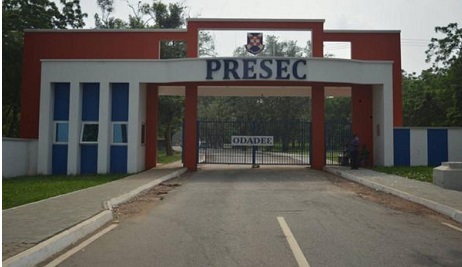 The Labone, Kinbu and St Thomas Aquinas Senior High schools came in as first, second and third runners up, respectively.
The awards ceremony was held last Friday in Accra, on the theme, “Recovering plastics for industry”.

The project, therefore, required the selected schools to generate plastic waste, which were then sorted into special waste bins and then sold or donated to buybacks who later reused or recycled them.

The aim of the project was to reduce the cost of waste management by facilitating the recovery of clean plastics for industry and encouraging attitudinal change in young people as waste generators,

It was executed with support from the Association of Ghana Industries - Ghana Recycling Initiative by Private Enterprises (AGI - GRIPE); Prudential Life Insurance and Sesa Recycling Limited, among others.

The Labone SHS was adjudged winners of the Prudential Plastics Challenge award walking away with a cash prize of GH¢ 1,000.00

The winners came first with 80 points beating the St Mary’s SHS and PRESEC, who scored 75 and 72 points, coming in at second and third places respectively.

Eight individual students each from a participating school were also recognised for their roles as Best Student Members.

The Director of CSIR-Institute of Industrial Research, Dr Francis Boateng Agyenim, said it was time for people to wake up to the realities of the 21st century and recognise plastic wastes as profitable products for job creation and other economic gains.

He, however, noted that the loss of consciousness of ordinary people as plastic waste generators with regards to their value hindered the recovery process.

Dr Agyenim, therefore, stated that it was incumbent on stakeholders to advance programmes and activities that would direct the mindset of people to realise the value of plastic waste for scaling up budding recovery ventures across the country.

The President of GRIPE, Basil Ampofo, said the ultimate goal of the project was to scale up the project across all sectors of the economy.

“Environmental conservation and sustainability is a collective effort so everyone should play their parts, so we call on all and sundry to come and support us”, Mr Ampofo explained.