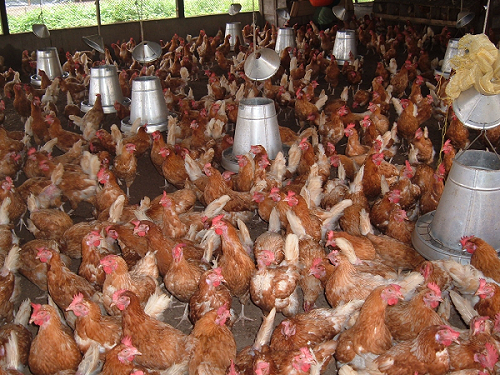 The Ghana Poultry Farmers Association (GAPFA) has stressed the need for the country to enhance its bio-security to prevent any future spread of harmful organisms into the country.

The President of the association, Mr Michael Nyarko Ampem, said bio-security was an essential element for sustainable agricultural development, indicating that its improvement in the country would help manage relevant risks to animal and plant life and associated risks to the environment.

He noted that currently, Ghana’s bio-security was very weak and that any foreign harmful organisms could easily penetrate and cause havoc to plant and animal life.

Mr Ampem was reacting to the confirmed outbreak of the avian influenza (bird flu) in the country.

In an interview with the Daily Graphic, Mr Ampem said: “We can’t totally prevent such occurrences from happening in the country because there are birds who migrate to different countries, and we can’t control their movement so the country’s bio-security must be top-notch,” Mr Ampem said.

The  Ministry of Food and Agriculture has  confirmed the outbreak of the Highly Pathogenic Avian Influenza disease in three regions  with seven farms so far been affected, with related deaths said to be more than 5,800 birds.

The Ministry, therefore, declared a total ban on the importation of poultry and poultry products from neighbouring countries where the prevalence of the disease had been confirmed.

“The zoonotic nature of the disease calls for public alert and vigilance to mitigate the possible impact on the poultry industry and public-health, in general,” the statement cautioned.

It advised citizens to report any unusual deaths of domestic poultry and wild birds to the nearest Veterinary Office and public authorities for public safety.

The public should also avoid the handling of dead birds with bare hands and consume only well-cooked poultry meat and poultry products.

“The outbreak of the disease follows the detection of similar cases in neighbouring countries since January, 2021,” it said.

“Through effective surveillance and disease control management, the Veterinary Services Directorate has prevented the extension of the disease into Ghana until now.”

The statement said the Ministry was also intensifying public awareness and sensitisation through the Regional Coordinating Councils and District Assemblies, especially in the affected areas.

It, however, urged the public not to panic because the Veterinary Services Directorate was taking all the necessary steps to contain the outbreak and spread of the disease.

The seven farms affected by the disease include five in the Greater Accra Region, one in the Central Region and one in the Volta Region.

Confirming the numbers, the Director of the Veterinary Services Directorate, Dr. Patrick Abakeh indicated that in all, 5,811 birds died naturally on the affected farms, while the Service had destroyed 4,500 birds.

The Director said the disease affected five farms in Greater Accra; killing 3,167 birds naturally and resulting in some 300 others being destroyed.

Again, the flu affected one farm in the Central Region, causing 2,400 birds to die naturally while 4,200 birds were destroyed.

Also, one farm in the Volta Region was affected which resulted in 224 birds dying naturally.

Dr Abakeh, said the bird flu disease was first detected on July 6 and the results was confirmed on July 8 after samples were taken to the laboratory.

To help control the outbreak, Dr Ampem further advised poultry farmers to restrict the movement of their birds, while urging the government to ensure that movement and importation of birds were restricted to control the spread.

He encouraged farmers to comply with all the safety measures put in place by the government, and urged the general public to alert a veterinary office when they chanced upon any unusual bird.

“The disease spreads like wild fire and could affect a lot of birds within the shortest time so farmers must strictly observe their birds and contact the veterinary when they see any unusual behaviour,” he said.

He also encouraged them to frequently spray their farms to avoid any possible spread.

Cases of the Bird Flu disease in Ghana were previously recorded in 2007, 2015, 2016 and 2018, with significant economic impact on affected poultry farmers.