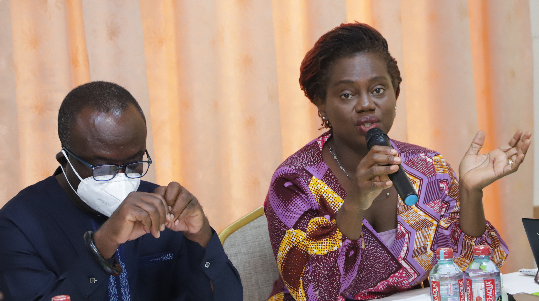 Poor rice fields development is a major impediment to the mechanisation of rice cultivation in the country, a study conducted by the John Agyekum Kufuor (JAK) Foundation has found.

The study, which focused on mechanisation and infrastructure delivery for the rice value chain, found that tree stumps, roots, debris, among others, on rice fields created barriers for effective use of farm equipment.

The foundation has proposed, among others, the use of equipment such as skid shredders, mulchers and laser levellers for land development.
The findings of the study were disseminated at a stakeholder workshop in Accra last Monday.

The study assessed Ghana’s current infrastructure and machinery relevant to the rice value chain in 143 rice production districts, with major focus on the Volta and Northern regions because of high rice production in those regions.

The researchers also analysed data from 10 regions to identify the infrastructure and mechanisation gaps.

The study formed part of the implementation of the Public-Private Partnership for Competitive and Inclusive Rice Value-Chain Development: Planting for Food and Jobs — Rice Chapter Project, an initiative of the JAK Foundation in collaboration with the Alliance for Green Revolution in Africa (AGRA).

Presenting the findings, a Consultant for the JAK Foundation, Mr. Patrick Ohene Aboagye, said the Volta Region emerged as the region with the most advanced infrastructure and recorded the highest productivity yields of 5.1 metric tonnes per hectare (mt/ha) and the highest production.

He said although the Northern Region recorded the second highest level of production, it reported the lowest yield productivity of 2.01mt/ha, lower than the weighted average of 2.96mt/ha for all the regions.

A Policy Advisor at the JAK Foundation, Nana Ama Oppong-Duah, identified inadequate coordination and synergy among players in the rice production sector as a factor which hampered the progress of the industry.