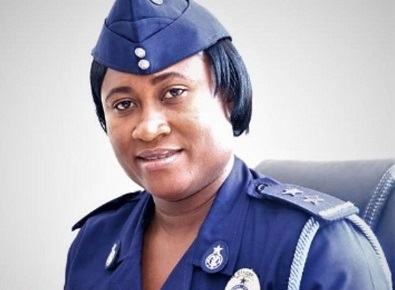 The Accra Regional Police Command has arrested four persons, including two policemen, for allegedly selling firearms and ammunition at Alajo in the Greater Accra Region.

They were arrested when they offered weapons for sale to some undercover policemen investigating the activities of firearms traders.

Briefing the Daily Graphic, the Public Relations Officer (PRO) of the Accra Regional Police Command, Deputy Superintendent of Police (DSP) Mrs Effia Tenge, said the police picked up intelligence that some men were selling arms and ammunition at Achimota in Accra.

She said when the police followed up they found Lance Corporal Abusah and Dokpor in a taxi which was being driven by Dokpor at a spot in Achimota.

When the police posed as interested buyers, Abusah told them he had more weapons for sale, and they scheduled to meet on December 18, 2020 for the transaction.

On the scheduled date, the police surveillance team met the suspects at Alajo and arrested the four suspects.

An on-the-spot search conducted revealed a bag which was being carried by Yussif contained one unregistered pistol, 20 rounds of nine millimetres (9mm) ammunition, 59 rounds of M16 ammunition, 38 rounds of AK 47 assault rifle ammunition and 58 rounds of G3 ammunition.

DSP Tenge said during interrogations, it was found that Abusah and Yusuf were both Lance Corporals attached to the Visibility Unit of the Ghana Police Service headquarters in Accra.

She said the weapon and the ammunition had been retained while investigations continued.