Police justify use of force against law students 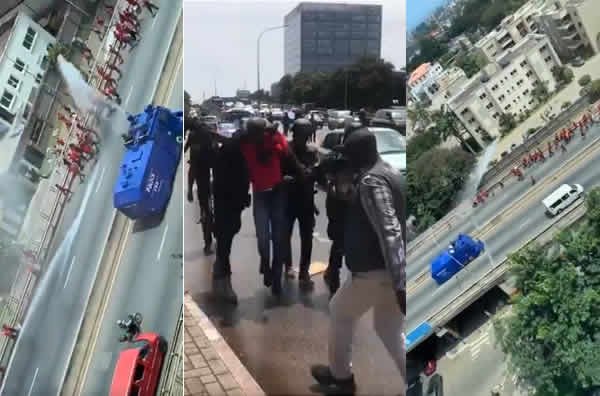 The Ghana Police Service has justified the use of what it describes as reasonable of force to disperse protesting law students on Monday, October 7.

According to the Police, the students failed to abide by the public order law which requires potential demonstrators to furnish the police with a notice at least five days to the planned date.

A statement issued Monday and signed by the Public Affairs Directorate said the students who attempted to head towards the Jubilee House and on reaching the King Tackie Tawiah Overpass, sat in the middle of the road and “pelted the police with stones and offensive weapons”.

Law students on a 'red week' protest over exams failures

It said it was for that reason that the police sprayed cold water and fired rubber bullets to disperse the protestors.

It added that the 13 students who were arrested in the process have been released.