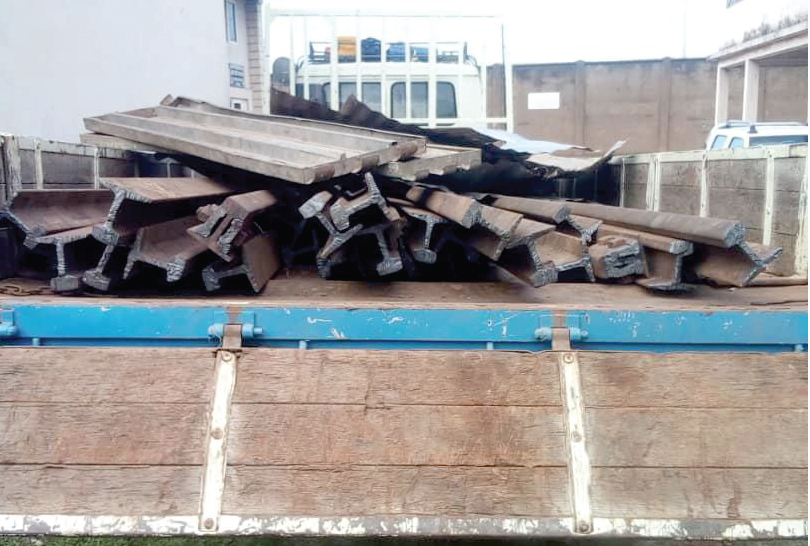 The Marine Unit of the Ghana Police Service has intercepted a KIA Rhino truck full of rail sleepers harvested and sold as scrap at Inchaban in the Shama District in the Western Region.

It is believed that scrap scavengers harvest the existing lines under the cover of darkness and sell them as scrap to the relevant dealers.

Similar acts in different areas have thwarted various rail projects in the country intended to revamp the sector.

The situation has left many rail lines originally marked for rehabilitation with no sleepers to even secure the right of way in the Western Region, which links other parts of the country.

The Crime Officer, Marine Police, of the Western Regional Command, Assistant Superintendent of Police (ASP) Solomon Debi, told the Daily Graphic that the unit had received many reports of theft of the rail lines in recent times.

He said through its investigations, the unit had a hint that the lines existing before the ongoing rehabilitation works were being harvested and transported out of the metropolis for sale to scrap dealers.

“Our surveillance intercepted a KIA Rhino truck with registration number WR 2467–18, which was used in carting the rails to their intended destination,” ASP Debi said.

He said even though the perpetrators managed to escape with the chopped rail lines, luck was not on their side as the KIA Rhino truck developed a fault on the way to its final destination.

The police, he said, managed to locate the truck, and upon inspection, “we realised that the bucket of the truck was fully loaded with rail lines cut into smaller pieces as scrap”.