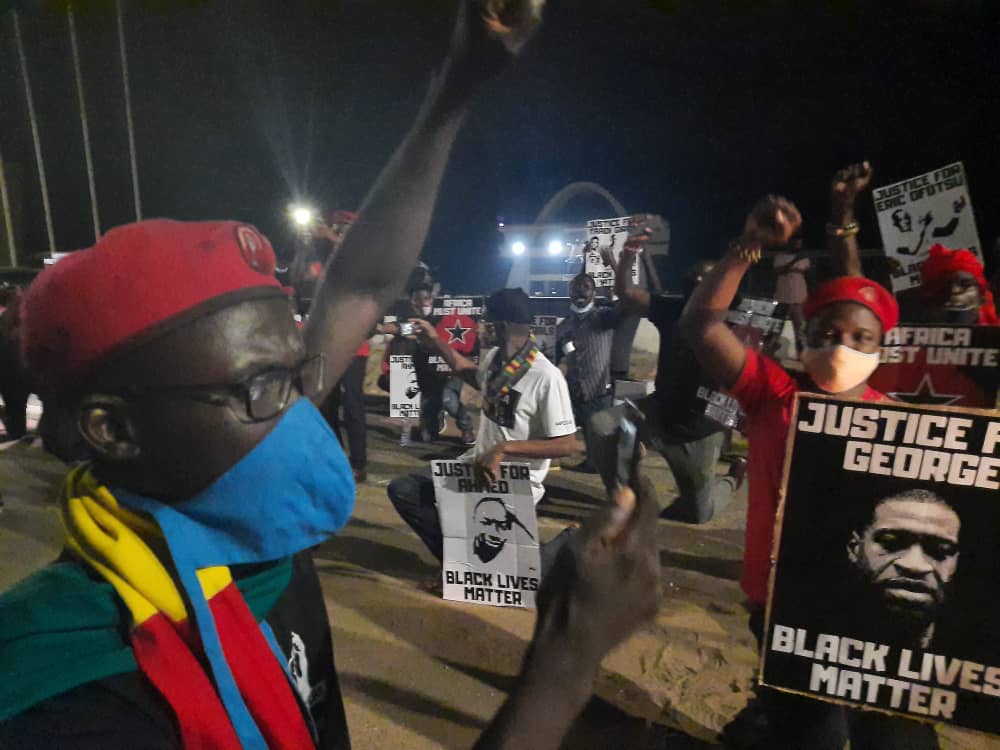 A team of plainclothed security officers, armed police and military personnel stormed the Black Star Square in Accra last Saturday night to disrupt a vigil that was organised in solidarity with the "Black Lives Matter Movement".

The team also arrested Mr Ernesto Yeboah, one of the organisers of the event.

"My brother you are under arrest for unlawful gathering," the police told the leader of the Economic Fighters League, before escorting him to a waiting vehicle.

The vigil was organised in solidarity with protests which have erupted across the United States of America (USA) over the killing of George Floyd by the police in Minneapolis.

The protests and demonstrations have been organised against police brutality and racism in policing.

There were about 80 people holding placards in a solemn ceremony when Graphic Online arrived at the Black Star Square around 7:45 p.m. on Saturday.

The group distributed free facemasks and hand sanitisers to the participants.

A young man, holding a megaphone repeatedly reminded the participants to observe the social distancing protocol.

Members of the group also held placards some of which read Justice for George Floyd, Justice for Breona Taylor and Justice for Amaud Aubery who were all victims of police brutalities in the USA over the past few months.

Other placards were in solidarity with the four Takoradi Girls, who were kidnapped and killed in the Western Region, Ahmed Suale of the Tiger Eye P.I., who was assassinated, the Ashaiman resident shot and killed by a soldier.

Mr Abeiku Adams, one of the participants, told Graphic Online that a team from the national security had prevailed on the organisers to end the programme just when it commenced.

"The national security said we cannot go ahead with the vigil but we wrote to the police in accordance with the law before proceeding," he said.

Despite the call by the national security for the programme to end, organisers urged the participants on.

After about an hour into the programme, heavily armed policemen and soldiers stormed the location and, in an effort, to disperse the crowd, arrested Mr Ernesto Yeboah, who was speaking to the media at the time of his arrest.

“We are not breaking any law, we are doing this as black people with conscience to resist racism,” Mr Yeboah told Graphic Online just before he was pushed into the waiting vehicle.

The commander of the James Town Police Command, Deputy Superintendent of Police (DSP) Alexander Teiko, told Graphic Online that the gathering was unlawful given that the restrictions on public gathering was still in force.

“What we are doing is appealing to their conscience to go home because although we are all in support of what they are doing, the timing is not appropriate he said.” 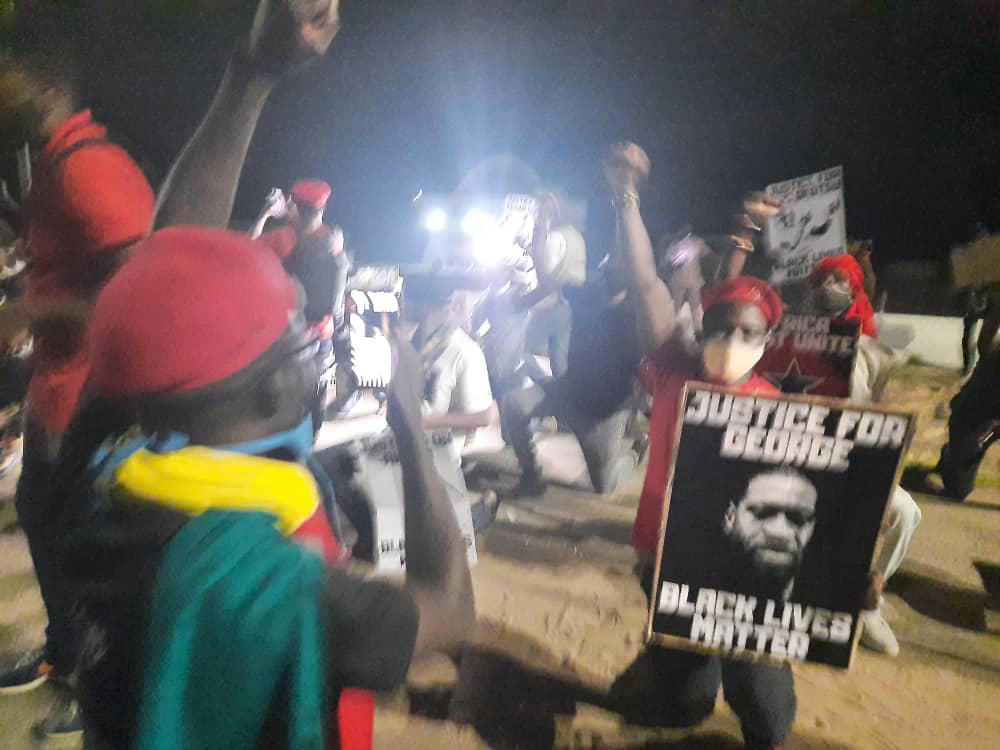 The vigil officially ended about an hour after the arrest of Mr Yeboah and flowed with calls to release him from police custody.

A number of the participants of the vigil, just before mid-night, marched to the Greater Accra Regional Police Headquarters around Tudu, where Mr Yeboah was held to demand for his release.

Mr Yeboah was released on bail in the early hours of Sunday, June 7, 2020.