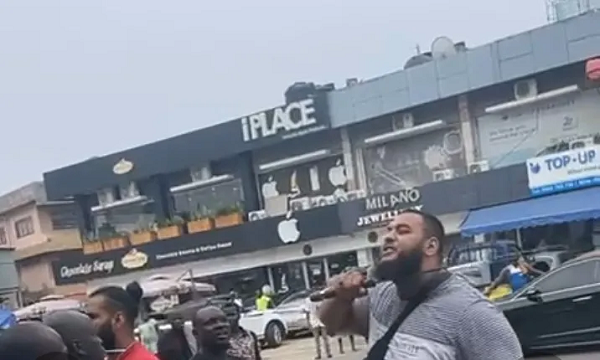 The Ghana Police Service has arrested Osman Brustani in connection with a viral video in which he was captured threatening someone.

In a statement on Facebook, the Police said the suspect is in police custody and will be taken through the due process of the law.

The police shared a photo of the suspect on Facebook. 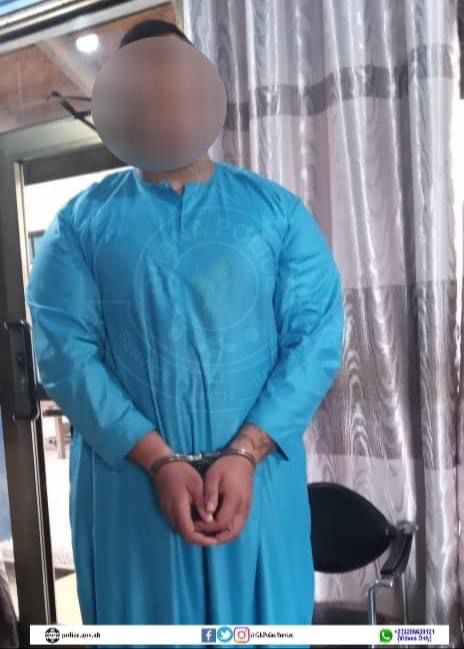 The statement said before the arrest, the Inspector-General of Police (IGP), Dr. George Akuffo Dampare reached out to the victim on Tuesday [April 12, 2022] via a telephone call and "he seemed traumatised by the incident," the statement said.

"As a result upon the IGP's instruction, the victim has been given psychological support by a clinical psychologist from the Police Hospital. The IGP also followed up with a personal visit to the victim today, Wednesday, 13th April, 2022.

"We wish to assure the public that, in line with our mandate, we will continue to ensure law and order in the country. We therefore seek your continued to support in this endeavour".

A 16-second clip circulated widely on social media on April 12, 2022, captured a bearded man wielding a sword and shouting: “come out, come out, I will cut your neck...” as a group of men try to restrain him.

The Police had earlier in a separate post reacting to the video said "This viral video has come to our attention and we are working on it".