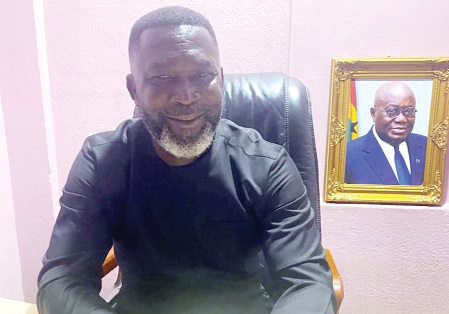 A former National Best Farmer has called for a review of the Planting for Food and Jobs (PFJ) programme to give full meaning to the huge investment the government is making in the programme.

George Asamoah Amankwaa, who was the National Best Farmer for 2014, said the review should place emphasis on storage to help farmers operate their farms at a profit.

Speaking to the Daily Graphic in Kumasi last Saturday, Mr Amankwaa said there was no question that the PFJ was a laudable programme for which the Akufo-Addo administration must be commended.

However, he said the implementation, which had focused so much on production, without corresponding measures to address post-harvest losses, had been a disincentive to farmers.

“It is unacceptable for the government to support farmers with fertiliser and other farming inputs to improve production, only for farmers to, at the end of the day, look on helplessly as their produce rot away because there is no ready market.

“This will not encourage the youth to take up farming,” he said.

Citing himself as an example, he said he had to look on helplessly as loads of mangoes produced from his farm this year got rotten because there were no buyers.

The former National Best Farmer, who cultivates maize, plantain, vegetables, mangoes, yam and oil palm and also has cattle and fish ponds, said: “Farmers are not Father Christmas to produce just for the sake of it.”

One District, One Warehouse

The warehouse initiative, which is a component of the Infrastructure for Poverty Eradication Programme, was to see to the construction of warehouses in all the 216 districts to handle produce and store the anticipated surpluses under the PFJ .

At the launch, the President said the construction of the warehouses would not only minimise post-harvest losses but also improve the marketing of agricultural produce.

Saying that the warehouse initiative was a great vision, Mr Amankwaa said more needed to be done to make it beneficial to farmers, who continued to suffer from post-harvest losses.

“We want see the government do more on this project, and the results will tell positively on not only farmers but agriculture in general,” he explained.

While commending the Ministry of Food and Agriculture (MoFA) for encouraging the youth, especially university graduates, to take up agriculture as a business, Mr Amankwaa stressed that unless the bottlenecks in the system were addressed, the objective would be very difficult to realise.

According to him, recently the John Kufuor Foundation organised a seminar on agribusiness in Kumasi, and when he looked at the youth who attended the event, it was clear to him that many of them were sceptical of taking up agriculture as a business.

He wondered how university graduates could take up agriculture as a business if they would not have ready market for their produce.

“Sometimes tomato farmers in Derma have to go on radio stations begging people to come and buy their tomatoes,” he said.

The former National Best Farmer said many farmers who took loans to undertake their businesses had to grapple with how to pay back the loans.

“Every year we face tomato glut during the main season,” he said, and queried: “When will we have an end to this annual problem?”

Mr Amankwaa said while he was in India recently, he visited a farm where he realised that the farmers did not use big dams for irrigation.

“They use a simple borehole technology which ensures that groundwater irrigation plays a critical role in improving food security and the livelihoods of rural communities.

“Some of the farmers use the technology on sugarcane plantations and the results are great. I, therefore, see no reason why in Ghana the emphasis has been on big dams when simple and effective technology exists to help farmers in especially the northern part of the country to plant all-year, “ he said.

He said the One Village, One Dam initiative, another important initiative of the government, should not focus on the construction of big dams.

He said the country was blessed with engineers who had the technical knowhow to develop the appropriate technology for that form of irrigation.

He also called on MoFA to tap into the experience of past national farmers to advance agriculture.

He said past national farmers would want to see value added to their produce, which meant that storage and processing must be taken seriously.

Mr Amankwaa, who owns Europa Farms in the Ahafo and the Ashanti regions, indicated that agriculture had a huge positive impact on industrial development because industries needed raw materials regularly to operate effectively.

Therefore, he suggested that for the One District, One Factory policy to realise the expected goals, there must be a corresponding improvement in agriculture.

“I have the greatest conviction that MoFA has what it takes to bring our agriculture up there and we expect more from the ministry,” he said.

He also stressed the need for bad roads leading to farming communities to be fixed.