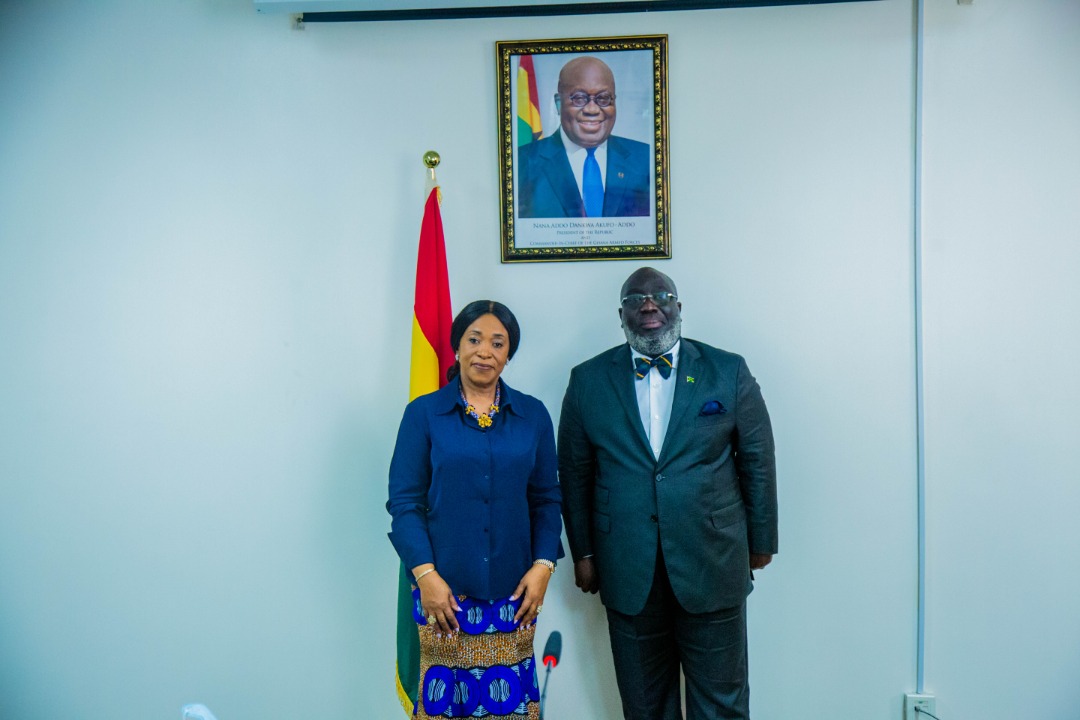 The government of Jamaica has appointed Mr. Isaac Emmil Osei-Bonsu, a legal practitioner, as the first Honorary Consul of Jamaica to Ghana.

The Honorary Consul presented copies of his letters of appointment to Madam Shirley Ayorkor Botchwey, Minister of Foreign Affairs and Regional Integration, on Friday, August 6, 2021.

The date proved quite significant, as it also marked the 59th anniversary of Jamaica’s Independence.

In her message of congratulations to Mr. Osei-Bonsu, Madam Ayorkor Botchwey acknowledged numerous ongoing initiatives between the two nations that needed focus to ensure success.

Worthy mention was made of the continued support and collaboration received from the people of Jamaica when Ghana launched the Year of Return.

She noted that the Year of Return, held in 2019, highlighted and strengthened the long-established ties between Ghana and Jamaica, with numerous Jamaicans making the life-changing journey back to their roots.

The Honorable Minister also recognized the impressive number of Jamaicans living in Ghana and expressed her hope that the office of the Honorary Consul would further enhance the level of bilateral cooperation between the two countries, particularly in the areas of Trade, Health, Education and Sports.

Mr. Osei-Bonsu, on his part, expressed his appreciation to the Honorable Minister for granting him audience for the presentation of his Letters of Appointment.

In line with Madam Botchwey’s remarks, he acknowledged the size of the Jamaican community in Ghana and reiterated his commitment to boost bilateral cooperation between the two countries in the areas mentioned by the Honorable Minister.

The meeting ended with Mr. Osei-Bonsu informing the Honorable Minister that top on his agenda was to ensure that the Ghana-Jamaica Joint Commission for Cooperation that has been dormant for some time, will be reactivated.

He stated that this would ensure that the various areas of engagement such as trade, cultural and educational exchanges could be properly structured within a legal framework for the doing of business between the two countries.

He congratulated the Honorable Minister on her second term appointment in Office and thanked her for the meeting.