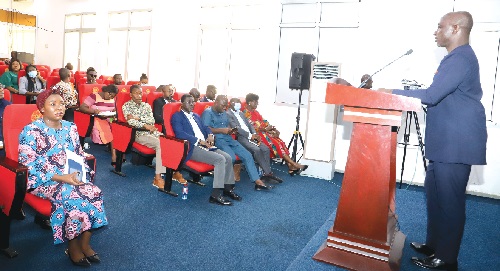 According to a State Interests and Governance Authority (SIGA) report, in all, there are 63 SOEs in the country.

The Head of Division Performance Monitoring and Evaluation at SIGA, Olivia Opoku-Adomah, made the report available to the media shortly after a press briefing by the authority in Accra yesterday.

Establishments that paid their respective dividends and also signed performance contracts with SIGA in 2020 were the Ghana Ports and Harbours Authority (GPHA), the Ghana Reinsurance Limited and the Tema Development Company Limited (TDC).

The report attributed the dividend receipts for the 2020 financial year mainly to “a marked increased contribution from the minority interest portfolio, particularly the mining sector, which paid GH¢224 .77 million as dividend to the government, compared to GH¢38.48 million in the 2019 financial year”.

It, however, said SOEs and JVCs recorded a 37.5 and 73.18 per cent decline in dividend payments, respectively.

The Director-General of SIGA, Mr Edward Boateng, said it was regrettable that SOEs and other state entities could only contribute five per cent to the country's Gross Domestic Product (GDP), instead of the mandated 30 per cent or $30 billion they were expected to contribute, in line with the target given them by the Ministry of Finance.

He advised SOEs to put in their best to enable the government to realise adequate resources to fund development projects.