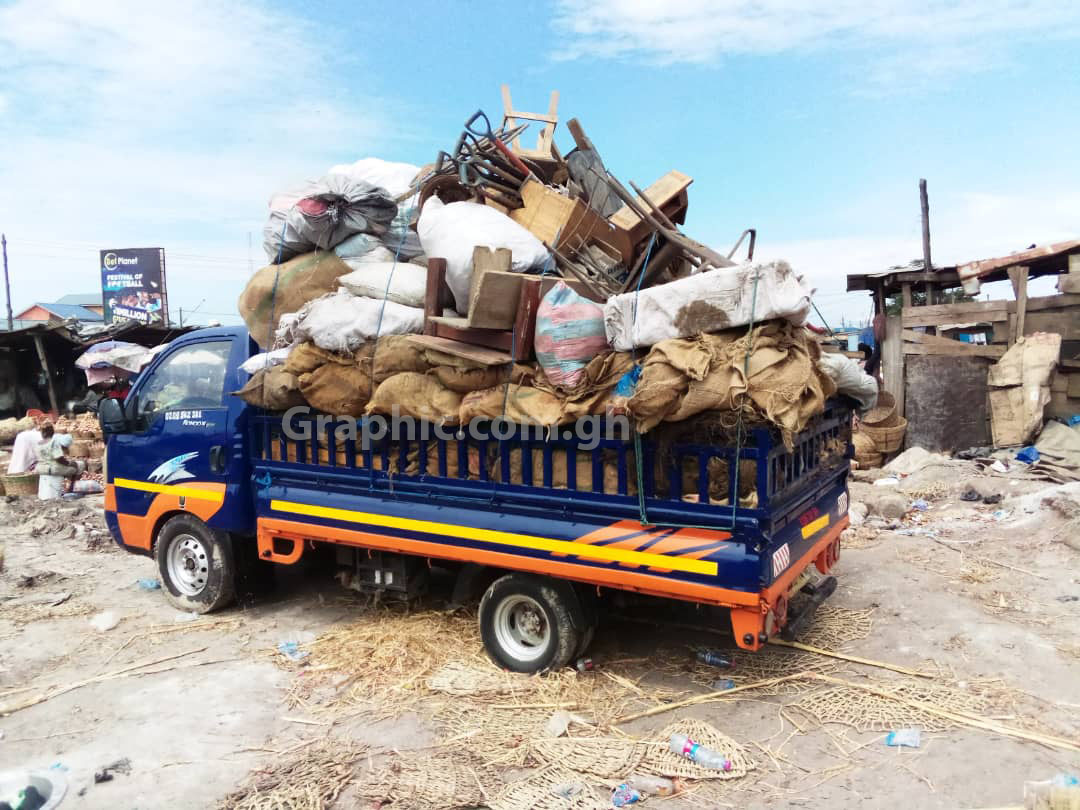 Traders have begun settling at the Adjen Kotoku Market as they hurry to beat today’s deadline for the relocation from the Agbogbloshie Market.

As early as 6 a.m. yesterday, several traders had already invaded the Adjen Kotoku Market with truckloads of onions to their new sheds.

It was not without drama as some residents resisted the occupation of the new market space by traders from the Agbogbloshie enclave, claiming ownership of the shops until the local assembly intervened to resolve the confusion.

Aside the one acre space provided for bulk trading activities, the Ga West Municipal Assembly (GWMA) has also apportioned two 95 sectional storage units of approximately 30 metres square each with secure locking facilities to serve as storage rooms for the traders.

The Organiser of the Accra Onion Sellers and Importers Association, Mr Sani Abubakar, expressed his excitement about the new area, stating that they had been warmly welcomed by residents and that the area was spacious enough to accommodate their goods.

“I initially rejected this and even decided to relocate to Kasoa but after inspecting the site yesterday, I realised the area is suitable for our activities than the old place,” he said.

Mr Abubakar appealed for an enhanced security and the opening of more banking outlets in the area to ensure the safety of their business.

Meanwhile, traders yesterday continued their packing processes to vacate the Agbogbloshie Market in line with the ultimatum issued by the Greater Accra Regional Coordinating Council (GARCC).

Some of the traders, however, said they were not content with the new site at Adjen Kotoku and for that reason had decided to relocate to the Kasoa Market instead.

They cited concerns with the size of the market and the claim that the place would not boost their businesses as reasons for rejecting the new site.

“The area is far from the business district, our customers will not move all the way to that far area to buy onion. Imagine the traffic they have to go through to reach us. Aside that, the place is too small to accommodate us,” a trader, Awal Iddrisu, told the Daily Graphic.

Asked if he had visited the site to get first-hand information, he said he received the information from a friend and was certain that it was the truth.

Similarly, scrap dealers at the Agbogbloshie scrapyard have refused to vacate the area, saying they were not included in the relocation programme.

According to the leadership of the group, no notice had been served by the GARCC and no funds had been provided by the government to facilitate their relocation.

Unlike their onion trade counterparts, the scrap dealers were going about their business with no apparent regard for the relocation directive.

The Secretary of the Scrap Dealers Association, Mr Mohammed Ali, said they were yet to engage with the Ablekuma Central Municipal Assembly to confirm if they were included in the exercise.