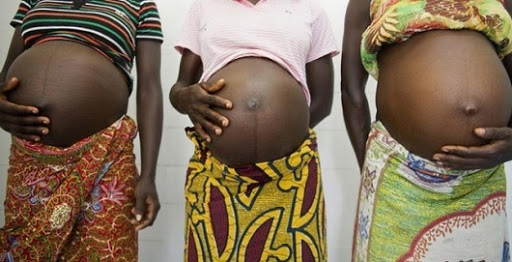 The Upper East Region branch of the National Population Council (NPC) has called on traditional authorities, religious leaders and stakeholders to help put in place measures to prevent young girls from engaging in casual sex that can lead to an upsurge in teenage pregnancy in the Region.

The NPC observed that owing to the partial closure of schools due to the Coronavirus (COVID-19) pandemic, some girls risk becoming pregnant and if concrete steps are not taken now to prevent that occurrence, it can adversely affect the gains made in addressing population issues in the past.

This was contained in a statement issued and signed by the Regional Population Officer, Mr Alosibah Azam to highlight key population issues affecting the Region to mark this year's World Population Day celebration held on July 11,2020. It was on the theme “Putting the brakes on COVID-19:how to safeguard the health and rights of women and girls now".

“In Ghana and in Upper East Region, COVID-19 has adversely affected individuals, households and communities; but people are affected differently and unequally," the statement noted.

It stated that “COVID-19 has the face of gender and it has been argued that women represent the largest proportion of frontline health workers in the midst of the pandemic and are disproportionately exposed to the virus".

The statement further pointed out that there is a “disruption of supply chains across the world that adversely affects the availability of contraceptives; the implication is that it increases the risk of unintended and unwanted pregnancy".

It equally said that interactions with some teachers in the Region and “peeping into the society shows that many girls at the basic school level have become pregnant in the Region during this COVID-19 period".

The statement further warned that as health systems are fighting to cope in the midst of the virus, sexual and reproductive health services are being given little attention whilst gender-based violence is also being heightened in some communities particularly during lockdowns.

That it said have the tendency of reversing the progress made in ensuring women's rights and gender equality.

The statement acknowledged the fact that data provided by the Regional Directorate of the Ghana Health Service shows that maternal deaths have been reducing since 2017.It said the Region recorded 46 maternal deaths in 2017, 32 in 2018,30 in 2019 and six in the first quarter of 2020.

It indicated that Family Planning acceptor rate has also been increasing slightly during the same period. From 29.6 in 2017 to 37.4 in the first quarter of 2020.
“Although these are positive signs, a lot still needs to be done since family planning is central to gender equality and women's empowerment and a key factor in reducing fertility and poverty,” the statement added.