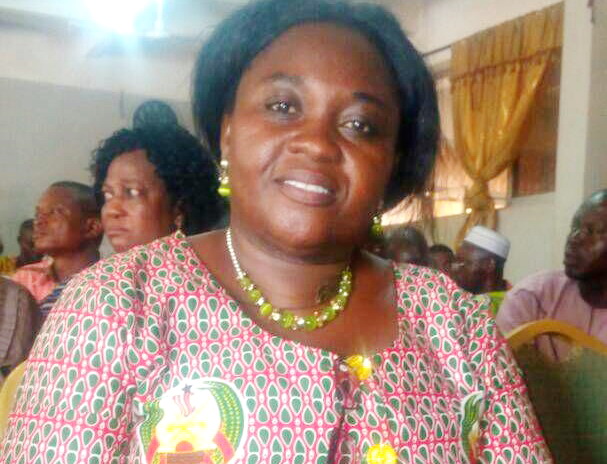 A Senior Domestic Bursar of the Walewale Senior High School (SHS) in the West Mamprusi District in the Northern Region, Mrs Rebecca Yankson, has been elected as the first female Chairperson of the Northern Regional branch of the Trades Union Congress (TUC).

Mrs Yankson, until her election as the chairperson, was the Northern Regional Vice Chairperson of the TUC.

She polled 17 out of the 32 votes cast representing 53.12 per cent to become the chairperson at the Regional Council of Labour meeting held in Tamale last Tuesday.

Mrs Yankson was sworn into office by the Deputy General Secretary of the TUC, Mr Joshua Ansah.

In a brief remark after taking her oath of office, Mrs Yankson thanked members for the confidence reposed in her and promised to continue with the good works of the immediate past executive members.

She further pledged to work hard and champion the cause of workers in the region.

The chairperson also promised to work assiduously to lift the image of women in the region and urged her fellow women in the fraternity to be bold and step forward to take up leadership positions.

She called for the support of the outgone executive members to help address the welfare of workers in the region.

Other executive members who were also elected at the meeting were Mr Abdul Aziz, a Nutrition Officer at the Tolon District Assembly, as the Vice Chairperson, Mr Seidu Yussifu, an Auditor by profession, as Auditor; Mr Alhassan Issah, Treasurer, while the Secretary and the Assistant  Secretary  positions went to Mr Ibrahim Sullo and Mr Joseph Iddrisu respectively.

Mr Ansah, in a short address, congratulated the executive members and urged them to work together as a team to help improve the welfare of workers in the region.