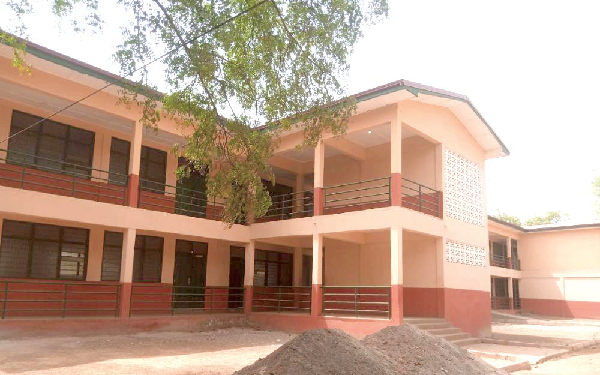 The Chairman of the Northern Regional branch of the Conference of Heads of Assisted Secondary Schools (CHASS), Reverend Edward Azeka, has called for the supply of furniture to senior high schools (SHSs) in the region to further prepare them to receive fresh students for the 2020/2021 academic year.

According to him, there was a vast gap between the number of students that were enrolled and the number of furniture that were available in the classrooms, hence the request.

In an interview with the Daily Graphic last Monday, Rev Azeka who doubles as the Headmaster of the Tamale SHS (TAMASCO) indicated that even though SHSs in the region faced several challenges, the most pressing challenge which affected most of the schools in the region was the lack of classroom furniture.

"The major challenge most of the SHSs in the region are facing has to do with inadequate furniture. There is limited furniture and out of that some are broken," he said.

The CHASS chairman stated that due to the high enrolment rate over the past few years as a result of the Free Senior High School (FSHS) policy, there had been pressure on the limited furniture in the classrooms.

He stated that even though some of the broken chairs could be fixed, there was the need for more chairs to bridge the gap between the students and the chairs, which he said would ease the pressure and further ensure sustainability.

Rev Azeka stated that as of Friday, March 12, 2021 a total of 1,175 fresh students had turned up to claim their admission letters, which he said was already higher than that of last year when the school admitted 1,071 students.

The headmaster further stated that as the enrolment rate kept increasing, the school had made some improvements and adjustments to meet the infrastructure needs of the institution.

He said the school had received a new 12-unit classroom block which had reduced the infrastructure challenges in the school.

Aside from the classroom block, he said the school was going to use the various laboratories as classrooms to temporarily mitigate the pressure facilities.

"For the meantime, arrangements have been made for the science students to use some of the science laboratories as classrooms. The same thing applies to the other departments. The home economics and geography students also have some rooms that they use for their practical work. They will start using those rooms as classrooms," the headmaster indicated.