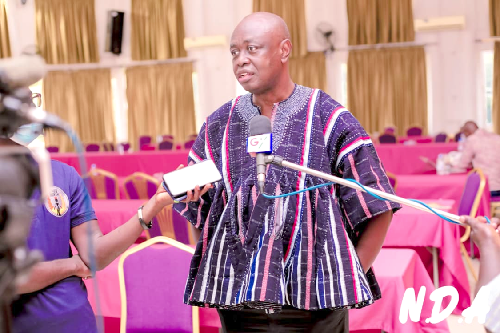 The summit forms part of the investment drive of the NDA to ensure the total transformation of the NDZ that comprises of the Northern, Savannah, North East, Upper East and Upper West regions.

The Chief Executive Officer of the NDA, Alhaji Sumaila Abdul-Rahman, disclosed this in an interview with the Daily Graphic at a meeting with an agribusiness delegation from South Africa to explore opportunities in the agribusiness sector in Northern Ghana.

The meeting that was held in Tamale in the middle of this month also provided an opportunity for entrepreneurs in the agribusiness value chain in the north to interact with their counterparts from South Africa to see the areas they could work together to boost the agricultural sector of the zone for employment creation, especially for the youth.

Alhaji Abdul-Rahman said the meeting with the South African delegation also tied into the broader framework of the NDA to woo investors within and across the world to ensure that the entire northern sector was transformed in line with the authority's mandate to facilitate the accelerated development of the zone.

He stated further that the meeting was in line with the NDA's determination to mechanise agriculture in the northern sector by establishing what he termed "agriculture skills transfer and mechanisation centres" across the entire NDZ to complement the government's flagship programmes such as Planting for Food and Jobs (PFJ), One District, One Factory (1D1F) and One Village, One Dam (1V1D).

"The various presentations made at the meeting fitted well in the NDA's roadmap we have developed, which includes agriculture mechanisation," he stated.

The Board Chairman of the NDA, Dr Sulemana Abdulai, for his part said the meeting fell in line with the authority's work to help develop the agriculture sector of the NDZ to make it more attractive for the youth to venture into.

He added that the meeting was also to increase and intensify the processes set into motion by the NDA to facilitate the total development of the area.

The leader of the South African delegation and CEO of the Agribusiness Development Corporation (ADC), Mr Hennie van der Merwe, said the delegation comprised agribusiness specialists who were in the country to acquaint themselves with the opportunities in agribusiness in Northern Ghana and see how best they could partner their counterparts in the zone to add value.

"We are agribusiness technology companies with vast experience in all sectors such as livestock, crop production, aquaculture, agro-processing, input production and our aim is to transfer the technology here to boost the agriculture sector in the NDZ for our mutual benefit and the people in the zone," he said.